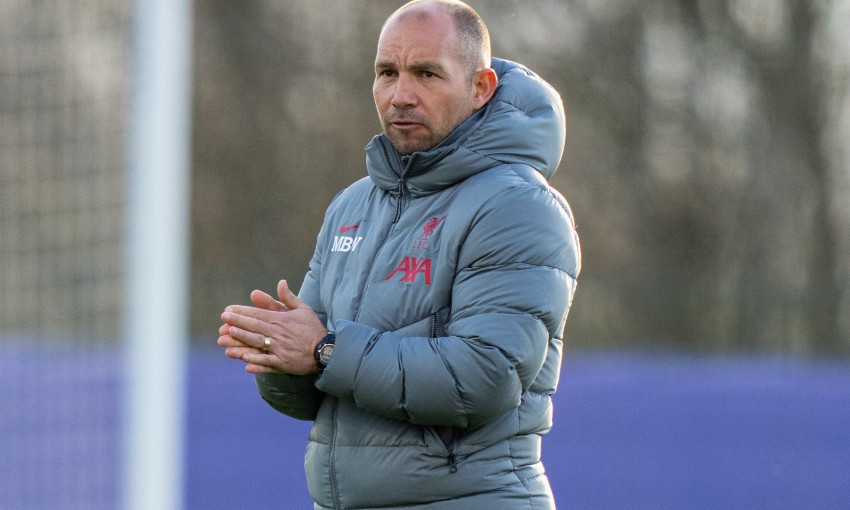 Liverpool U18s were held to a 1-1 draw at Burnley on Tuesday afternoon.

Although the young Reds were not at their free-flowing, free-scoring best, Luke Chambers’ goal early in the second half looked set to secure three points that would have sent them top of the U18 Premier League North on goal difference – albeit with both Manchester United and Manchester City retaining games in hand.

But Burnley equalised through Will Couch with 77 minutes on the clock and, despite Marc Bridge-Wilkinson’s side then pushing for a late winner, the hosts stood firm to claim a share of the spoils.

Following a low-key start to the game, Liverpool settled and 16-year-old debutant Stefan Bajcetic called Sam Waller into action with a fine, first-time hit from distance that the Burnley goalkeeper turned wide.

Clarets forward Joe McGlynn then dragged a shot wide having sprung in behind but the visitors, while not slipping into top gear, remained the team most likely to take the lead.

Indeed, they gradually increased the tempo of their play as the half wore on and Mateusz Musialowski twice tested Waller in the closing stages of the first 45 minutes.

Quick feet bought the Poland youth international the space he needed to get a dipping strike off from range that Waller gathered at the second attempt, before he drove at the heart of the Burnley defence and shot again but without the requisite power to trouble the ‘keeper.

The opener did arrive soon after the restart, though, with Musialowski heavily involved.

The No.11 threaded a weighted pass into the path of Chambers, who had surged into the Burnley area from his left wing-back berth and calmly dispatched his first goal at U18 level into the far bottom corner.

Once ahead, Liverpool began showing glimpses of their usual attacking potency and only a save from point-blank range denied Melkamu Frauendorf a second goal just after the hour mark.

Max Woltman curled an effort narrowly over in his final contribution prior to being replaced by the rested James Balagizi who, after his FA Youth Cup hat-trick last Friday, started on the bench.

And James Norris was next to go close during Bridge-Wilkinson’s side’s best spell of the match, the substitute bursting through from midfield before shooting over the crossbar.

However, Burnley’s resolve was rewarded with 13 minutes to play, when Finlay Armstrong delivered a searching low cross from the left that Couch converted at the back post.

Billy Koumetio could have won it in the final minute, but the centre-back nodded Frauendorf’s flick-on over and Liverpool were forced to settle for a point in their third-last league fixture of the season.