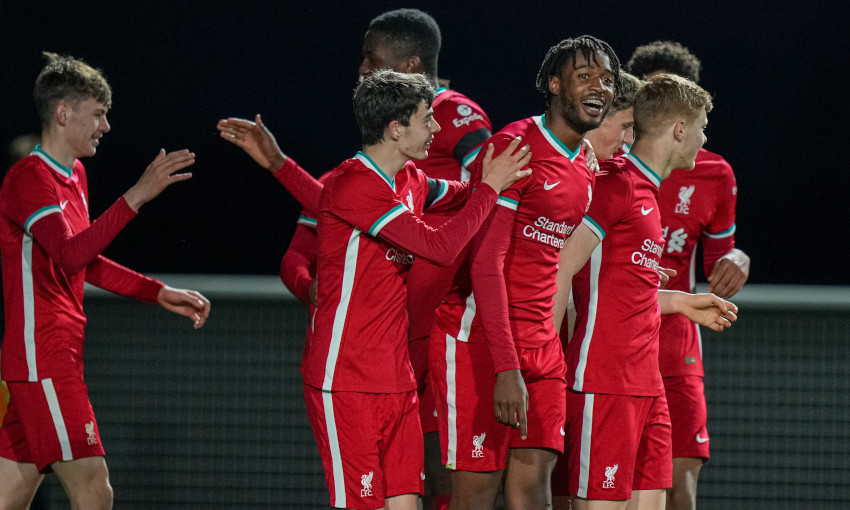 Liverpool U18s will aim to advance into the FA Youth Cup semi-finals when they host Arsenal at Anfield on Friday evening.

The Reds’ pursuit of a fifth triumph in the prestigious competition in the club’s history continues in an intriguing last-eight tie versus the Gunners.

With two high-calibre sides ready to do battle in the surroundings of the first-team stadium, and another step towards the trophy on offer, it’s certain to be a special occasion. 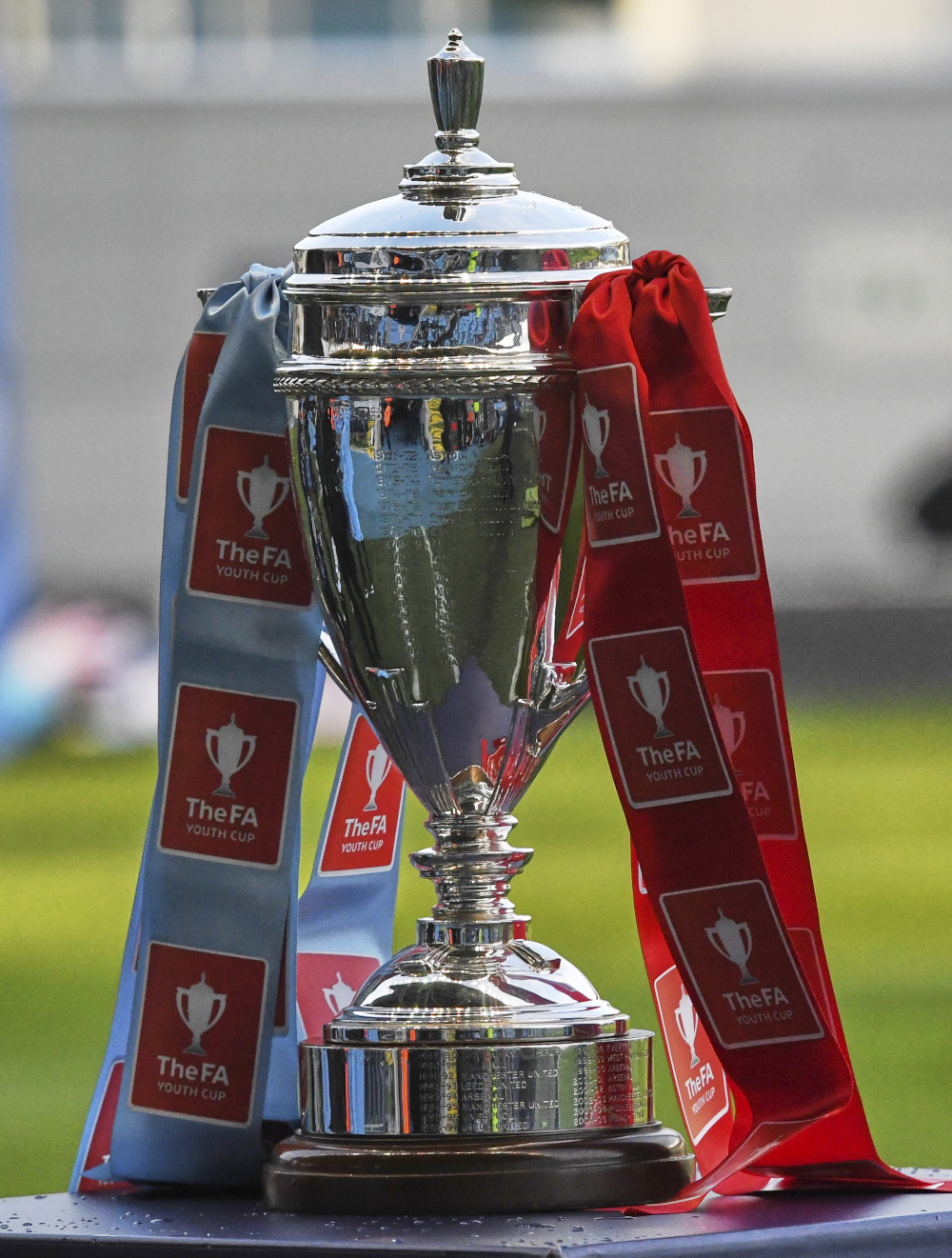 Anfield will host this Youth Cup quarter-final as Liverpool’s U18s enjoy the opportunity to stride out at the senior stadium.

Marc Bridge-Wilkinson’s side actually played a competitive contest at Melwood earlier this term, registering a 5-0 win against Leeds United shortly after the first team switched to the AXA Training Centre.

Now the prolific group, who warmed up for this game with a 6-0 home victory over Middlesbrough last weekend, get the chance to show their talents under the lights at Anfield.

COVID-19 restrictions mean fans will not be able to attend, however.

The journey to the quarters

The Reds have averaged four goals a game during their impressive march into the quarter-finals.

A 6-0 defeat of Sutton United at the Academy marked their entry into the competition at the third-round stage and set up a mouth-watering meeting with rivals Manchester United.

Predictably, a hard-fought and intense clash ensued against United, one Liverpool took an advantage in through Tyler Morton’s intelligent first-half header.

Bridge-Wilkinson’s charges had to preserve that lead with 10 players after James Norris was dismissed with a quarter of the match to play, but did so successfully to continue their progress.

Most recently, the Reds were emphatic victors at Leicester City in round five, racking up a 5-1 result at the Foxes’ new training ground to tee up this tie at home to Arsenal.

Liverpool have had multiple contributors to the scoresheet during the tournament so far.

Morton, Mateusz Musialowski and Ethan Ennis netted once, twice and three times respectively against Sutton, before Morton chipped in with the match-winner against United.

At Leicester, it was the turn of James Balagizi and Max Woltman to weigh in heavily with goals, the former helping himself to a hat-trick and the latter a brace. 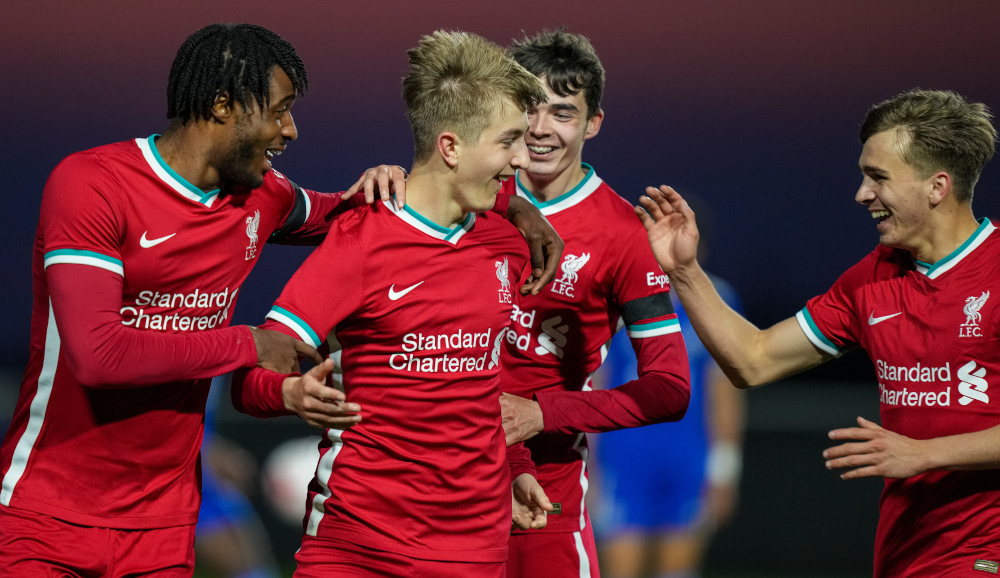 At the other end, goalkeepers Fabian Mrozek and Harvey Davies have been beaten only once – and that a penalty last time out against Leicester.

Arsenal have been exclusively on the road during this edition of the Youth Cup.

The Gunners began their campaign by clinching a narrow 2-1 win at Rotherham United in December, with Mazeed Ogungbo providing the decisive goal late on.

Three months later, following a temporary suspension of the tournament due to the COVID-19 pandemic, Ken Gillard’s team resumed their run in stylish fashion, eliminating Blackburn Rovers with a 4-1 victory.

Four different scorers did the damage for Arsenal as they gained revenge over the side who had knocked them out of the competition the previous season.

And they maintained that free-flowing form a fortnight ago, putting West Ham United to the sword with a 3-1 win in their fifth-round showdown at Rush Green Stadium.

Omari Hutchinson was the chief protagonist on the night with two goals, his second from a penalty kick he won himself, while Khayon Edwards followed up his strike at Blackburn with another in the Youth Cup.

It has been a mixed bag in league football for the Gunners, however.

They currently sit seventh in the 13-team U18 Premier League South with nine wins from their 21 fixtures and a goal difference of minus two.

The winners of this tie will face either Ipswich Town or Sheffield United away from home in the semi-finals.

Those two teams face off at 5pm on Friday.

On the other side of the draw, Aston Villa will host West Bromwich Albion in the last four after they recorded quarter-final successes against Newcastle United and Everton respectively earlier this week.

The clash with Arsenal will be shown live on LFCTV and LFCTV GO in the UK and Republic of Ireland only. Details on how to subscribe to either platform can be found here.

Highlights of the match will then be available worldwide on LFCTV GO from 12pm on Saturday.