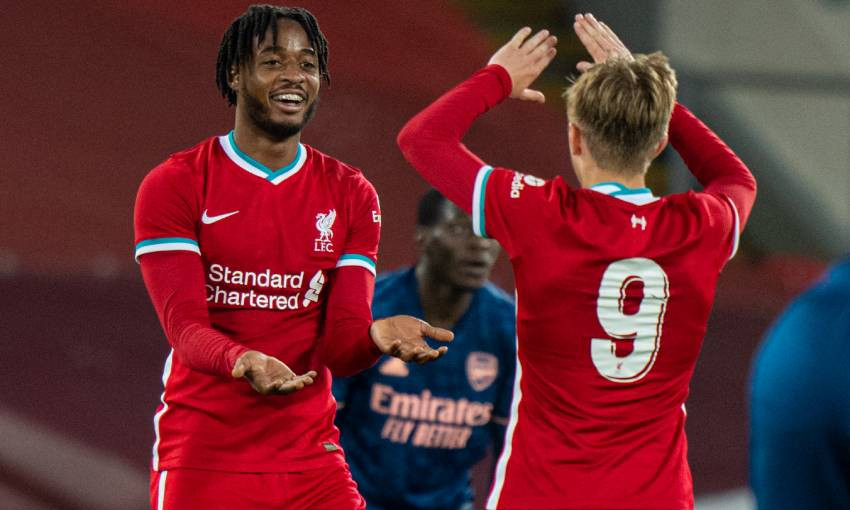 Marc Bridge-Wilkinson highlighted the clinical finishing in key moments as Liverpool U18s reached the FA Youth Cup semi-finals with a 3-1 win over Arsenal at Anfield on Friday night.

Max Woltman opened the scoring with his 13th goal of the season and James Norris doubled the lead from the penalty spot.

Mateusz Musialowski then scored a goal he will never forget in front of the Kop to make it 3-0, and although the Gunners pulled a goal back, the young Reds held off a stern challenge to set up a trip to Ipswich Town in the last four.

Reflecting on the game, U18s boss Bridge-Wilkinson admitted he was delighted with the outcome and certain parts of the performance.

“[There were] definitely two parts to the game,” he said. “I think the way that we played in the attacking third in the first half was very good and we were very clinical in what we did.

“As the game started to change a little bit and they got momentum, I thought Jarell [Quansah] and Billy [Koumetio] in particular were outstanding defensively, and we had to do it a different way.

“There’s different ways to win games and play football, and I thought we showed both sides of that tonight.

“It’s just about having that belief and, regardless of the surroundings and the occasion and the fixture and who you're playing against, just to be brave enough to play the way that we play. I thought we did that in spells.

“I wouldn’t say it was a complete performance but we did well.” 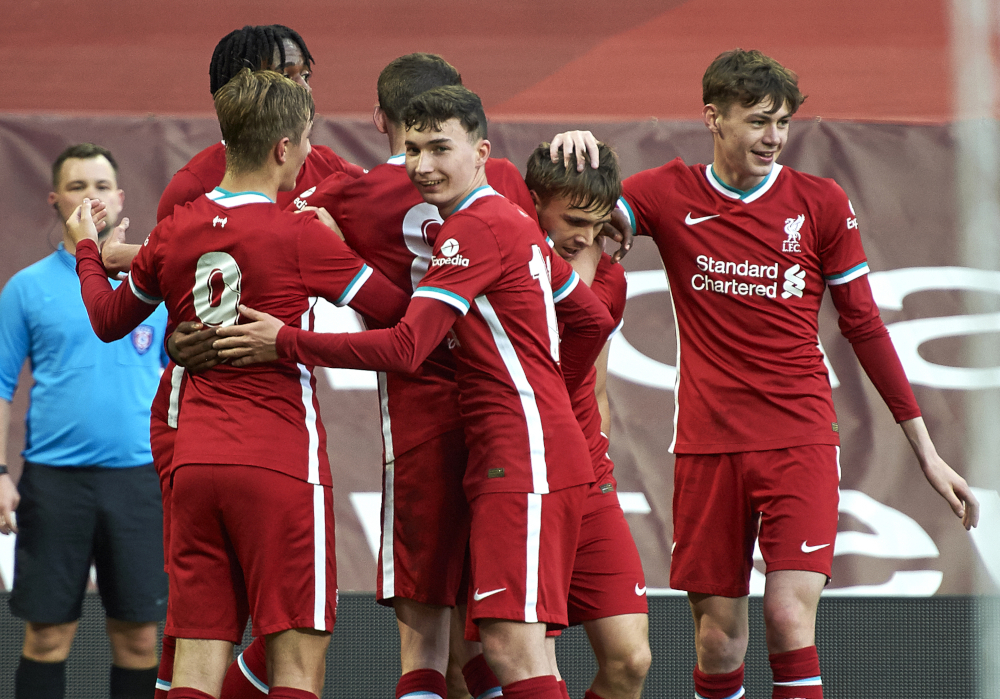 Captain Quansah and Koumetio have built up an excellent understanding at the heart of the defence, with the pair making several crucial clearances to deny Arsenal.

“Billy and Jarell against Manchester United and now Arsenal have shown their true worth,” Bridge-Wilkinson added. “They have defended the box really well and they look like real defenders – man mountains!”

Hat-trick hero in the previous round, James Balagizi also played a key role at Anfield as he provided two assists for Woltman and Musialowski.

“Bala did really well for us,” said his manager. “He started slow and was a little bit sluggish but then he got into his groove and he was really good.

“He showed his quality with the ball and he also put in a right shift for us out there, which is what you need.”

The victory was achieved with Liverpool first-team manager Jürgen Klopp and his coaching staff in attendance.

Bridge-Wilkinson commented: “First and foremost, it just shows an awful lot about them as people that they are willing to take their time to come and look at us and watch the boys, and that’s a big plus and we are very thankful for that.” 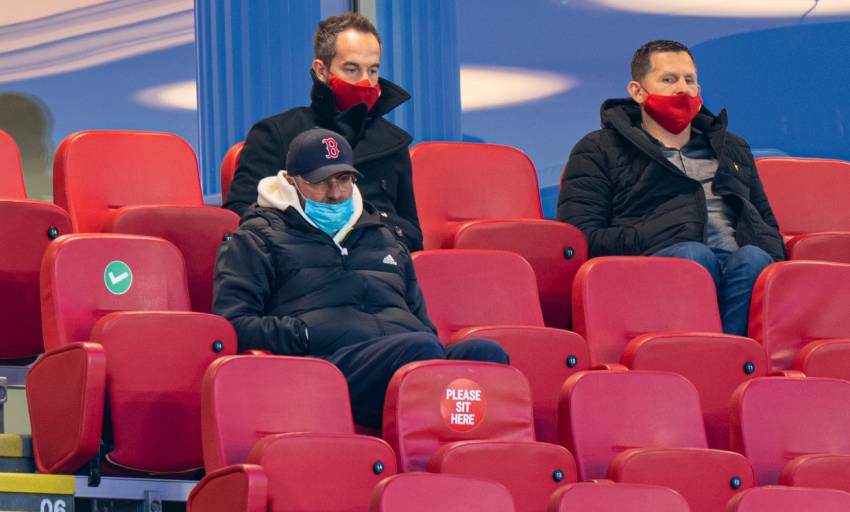