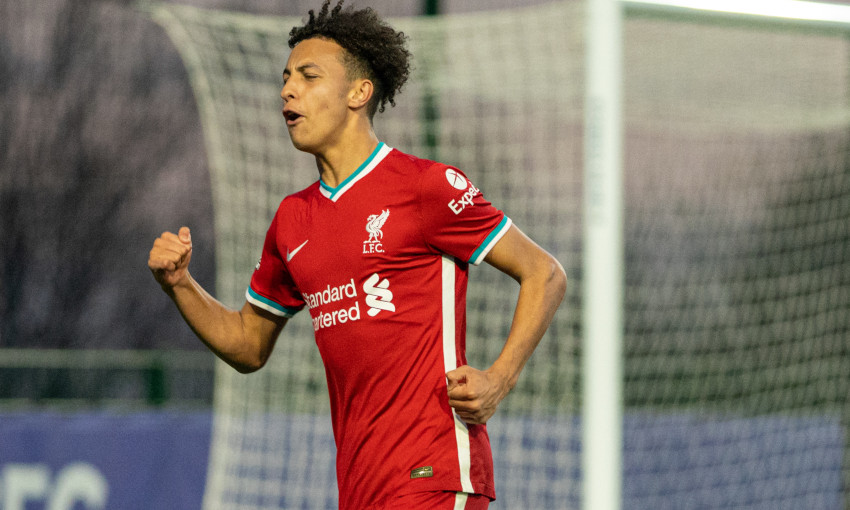 Kaide Gordon scored twice as Liverpool U23s beat League One side AFC Wimbledon 3-1 in a friendly encounter at Plough Lane on Tuesday night.

The match was arranged as a test event by the home side as they welcomed around 2,000 fans, socially distanced, into their new stadium for the first time.

And the home crowd were soon on their feet when Callum Reilly netted past Caoimhin Kelleher inside the opening six minutes.

But Joe Hardy equalised for the young Reds and Gordon then made it 2-1 just before the half-hour mark.

Gordon struck again in the second half with another excellent finish as Barry Lewtas' charges ended their campaign in fine style.

Reflecting on the game, Lewtas told Liverpoolfc.com: "It was a fantastic atmosphere, the AFC Wimbledon fans were so loud and it felt like the ground was full.

"It was a really good occasion and a really good game and it was a great opportunity for us to come down here and play against a strong side.

"I was delighted with the lads and we played really well, and it was a great way to end the campaign at U23 level."