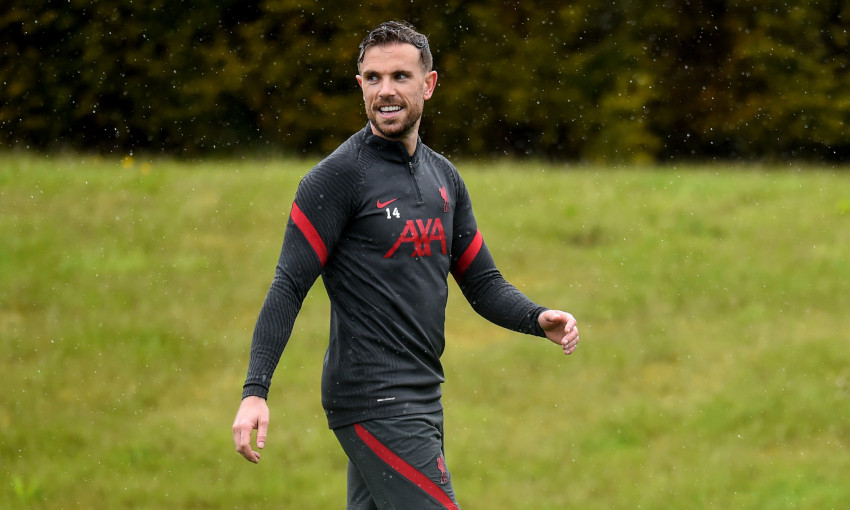 As captain of Liverpool FC, Jordan Henderson is a role model to thousands of youngsters worldwide.

Not least those coming through the ranks at the club's Academy, some of whom had an unexpected opportunity to train alongside Henderson last week.

The Reds' U18s side enjoyed a really encouraging 2020-21 campaign under Marc Bridge-Wilkinson and reached the FA Youth Cup final, only to be edged out 2-1 by Aston Villa.

As the players set about recovering from that disappointment in the days after defeat at Villa Park, a special guest joined them for a session to help put smiles back on their faces.

Henderson participated in the workout as part of his fitness regime ahead of Euro 2020 with England and shared his experience and expertise with the aspiring squad.

"Jordan came and trained with us; it was something that the first-team staff and Alex [Inglethorpe] were keen to do, as he wanted to do some extra training," Bridge-Wilkinson told Liverpoolfc.com.

"With the disappointment of the result at Aston Villa a couple of days before, it was probably the perfect day for this to happen and it was a natural lift for the group.

"We told the lads about five minutes before the session, so they weren't expecting this and they were really excited and were really pleased.

"The session was really good and Jordan was an excellent addition to that. He was fantastic in the way he carried himself and also the way he trained, the standards he sets were really good.

"The boys wanted to show our club captain what they could do in training and he made the session really good, it was bright, bubbly and he was as much a part of that as anyone else.

"You can't say enough good things about Jordan. The way he dropped in, trained properly and made sure things in the session were going well, and his tempo started to lift and because of the character that he is, the player he is, the session lifted as well.

"You only have to witness that little moment to see just what it is that the club missed so much when he missed the final games of the season.

"We hope Jordan can now do really well at the Euros and things go well for him."