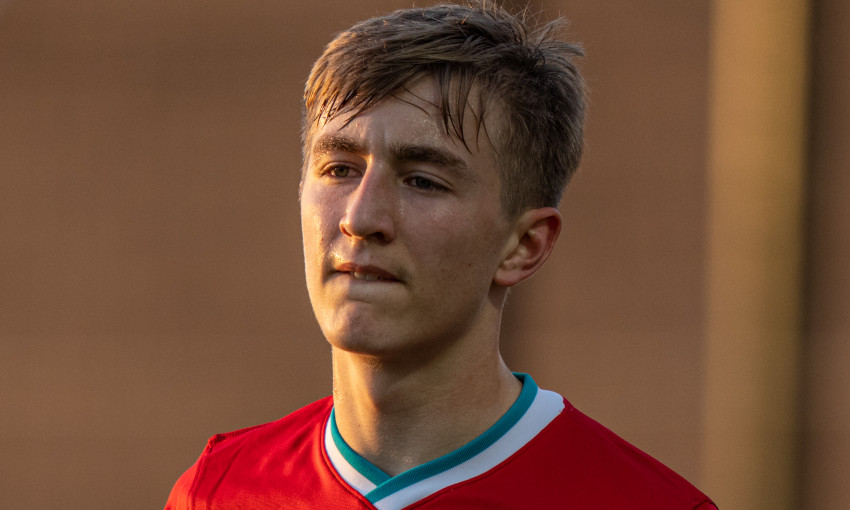 A Max Woltman hat-trick was the highlight as Liverpool U18s saw off Plymouth Argyle 6-1 in their latest pre-season friendly at Kirkby on Tuesday.

The 17-year-old matched the feat of Oakley Cannonier in the previous warm-up fixture last weekend and, like Cannonier, also rattled the crossbar.

An experienced Reds line-up started the match and Plymouth’s goalkeeper was called into action early, making fine saves from a curling Woltman effort and a close-range Lee Jonas header within the opening 10 minutes.

The visitors held out until halfway through the first period, when the goalkeeper spilled a shot from James McConnell and Stefan Bajcetic was alert to tuck away the rebound.

Liverpool doubled the lead almost instantly after a fine team move. The returning James Balagizi fed Luke Chambers, whose perfect pass from midfield put Woltman in on goal and he finished easily.

Ten minutes later, the Chambers-Woltman combination struck again with the latter finishing an almost carbon copy of his previous effort.

The Wirral-born striker completed his hat-trick within a minute of the second half kicking off, scooping the ball over the advancing ‘keeper and into the net.

Woltman blasted a shot against the bar before turning provider for the fifth, squaring for Dominic Corness to fire home after James Norris had led a superb break from a Plymouth corner.

That goal prompted a wave of substitutions by Reds manager Marc Bridge-Wilkinson, with many U16s arriving to finish the contest.

Goalkeeper Harvey Davies - fresh from Jürgen Klopp’s first-team training camp in Austria - made a fine save to maintain the lead before the hosts then stretched it to six, pinching a ball high in the opposition penalty area and squaring for an easy finish.

The visitors did, however, grab a consolation 10 minutes from the end as a low free-kick squeezed between the post and Davies’ dive.