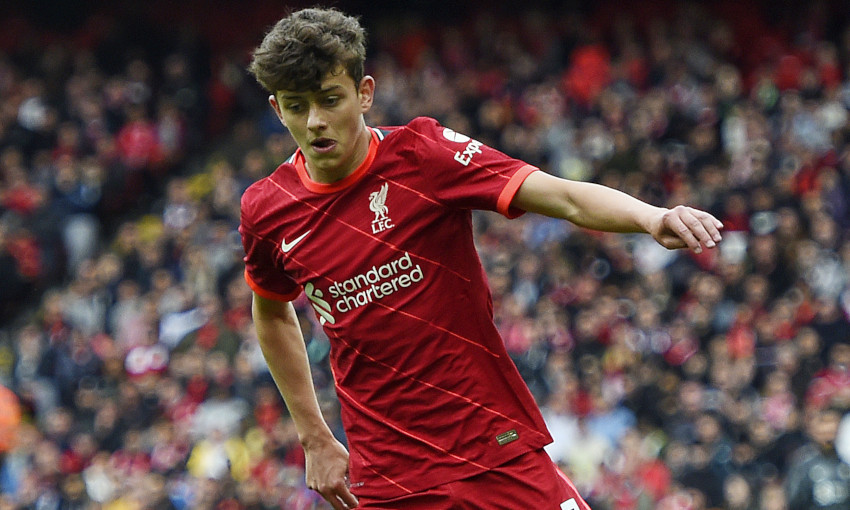 Barry Lewtas was delighted to watch Owen Beck grasp the opportunities that came his way at first-team level during pre-season.

Wales youth international Beck was one of a number of Academy hopefuls called up by Jürgen Klopp for the senior squad's training camp in Austria and Evian.

The left-back then made two appearances at Anfield last week, in the friendlies against Athletic Club and CA Osasuna – a fitting way to celebrate his 19th birthday on Monday night.

Those progressive steps came after Beck recently signed a new long-term contract with the club, having enjoyed an excellent first full season at U23 level in 2020-21.

"It's been a fantastic pre-season for us with so many young players getting a chance to be with the first team and Owen fits into that," U23s boss Lewtas told Liverpoolfc.com.

"It's not just the opportunity and the exposure he has had, I think he has performed really well.

"When he's been given the opportunity he has stepped up. I think he's shown a real youthful exuberance when he's played.

"He's got forward, he's put crosses in and he claimed an assist in a friendly, so fair play to him.

"Owen has made some good tackles, he's blocked crosses and I think he's gone about his work really well, so fair play to Owen." 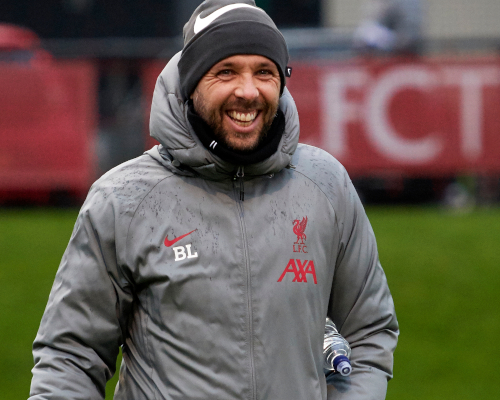 Liverpool U23s get their Premier League 2 campaign under way this afternoon when they welcome reigning champions Manchester City to the Academy.

Ahead of the 2pm BST kick-off, read on as Lewtas looks ahead to the new season and talks about Paul Glatzel's loan move to Tranmere Rovers…

Having done this job at U23 level for a season now, you learn a lot. You go into the job understanding the role but once you live it you kind of see the importance of how you support the first team. Our pre-season has been a fantastic one because so many of the players have had access to the first-team training camp and played in a number of the games since. There's probably two parts to the pre-season. The boys that had such a fantastic experience and opportunity of training with the first team; and we've had a group of boys who have been training with us. They have trained ever so well, and I must give them credit for that. We've had a few games that have been really positive and we've had some really good training sessions.

That's the natural step for some of them. Obviously, some of them have already had that exposure to U23s football like Tyler Morton and Layton Stewart, who were quite prominent last year, and Conor Bradley played the full season for us. So, there are a number of boys who have made that step up and there will be a few more like Jarell Quansah, Dominic Corness, just to name a couple who will be involved. It's an exciting transitional time for them.

On the Premier League 2 opener against Manchester City…

Last season, fair play to Manchester City who won the league. They were extremely dominant as well and played a really attractive brand of football. They have got some really talented players and were worthy winners of the Premier League 2 title. In the games we played against them last season, in the home game the scoreline was heavy and we were really disappointed with certain parts of our game. But that's the way it works sometimes and in the return fixture we lost 3-2 and we played well against a really good team that night. But this is a new season and the U18s and U23s teams change very quickly so it will be two new-look teams and we are under no illusions how tough this game will be. But at the same time we are really excited and hopefully it will be a tough game for them as well.

Paul has had some real misfortune and sadly sometimes when we talk about him that seems to be the narrative really, which is really unfortunate for him. There's no question he's played enough football to back up the quality that he's got, but he has missed a few games and had a few injury problems. Paul was ready for this next step, there's no question of that, both physically and mentally. He's gone to a fantastic club in Tranmere Rovers, a local one as well, which is great for us because we are able to go down and support him and watch him play. We can all follow him with interest and I'm sure Paul is going to have a fantastic season, as I think Tranmere will as well.