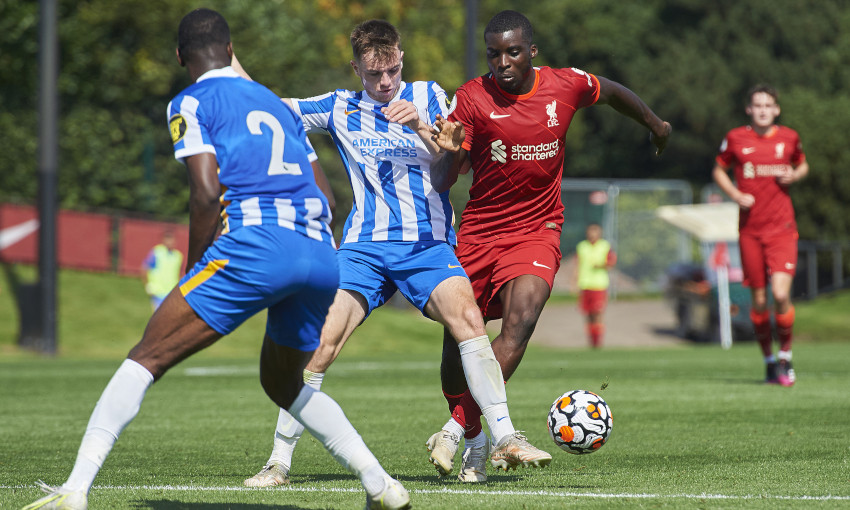 Liverpool U23s came from behind to earn a 1-1 draw in a well-contested Premier League 2 clash with Brighton & Hove Albion on Saturday afternoon.

Both goals came in the first half at the Kirkby Academy and though both sides had chances to win it, a draw was probably a fair result.

Barry Lewtas made three changes from the team which won the mini-derby against Everton on Monday night, with Marcelo Pitaluga taking over in goal while Jack Bearne and James Norris came into midfield.

The young Reds dominated the ball in the early stages but it was Brighton who worked a goalkeeper first after a quarter of an hour.

Marc Leonard’s powerful shot went straight at Pitaluga, before the home stopper had to be quickly off his line to deny Cam Peupion after a clever slipped pass.

LFCTV GO: Watch the best of the Brighton action

Brighton took the lead on 20 minutes – just seconds after Liverpool had rattled the post at the other end.

Kaide Gordon led a brilliant break from an opposition corner and, after good work from Norris and Bearne, Max Woltman’s placed finish struck the inside of the post and bounced away to safety.

The visitors responded immediately down their left and striker Evan Ferguson bore down on goal and fired past Pitaluga into the bottom corner to open the scoring.

The Reds were level on the half-hour mark, though, and again it was a Brighton corner which brought the opportunity.

Gordon launched a huge clearance downfield and showed superb pace to chase and force a defender into a short backpass.

The 16-year-old intercepted and unselfishly squared for Bearne, though the final touch may have come off defender Antef Tsoungui. 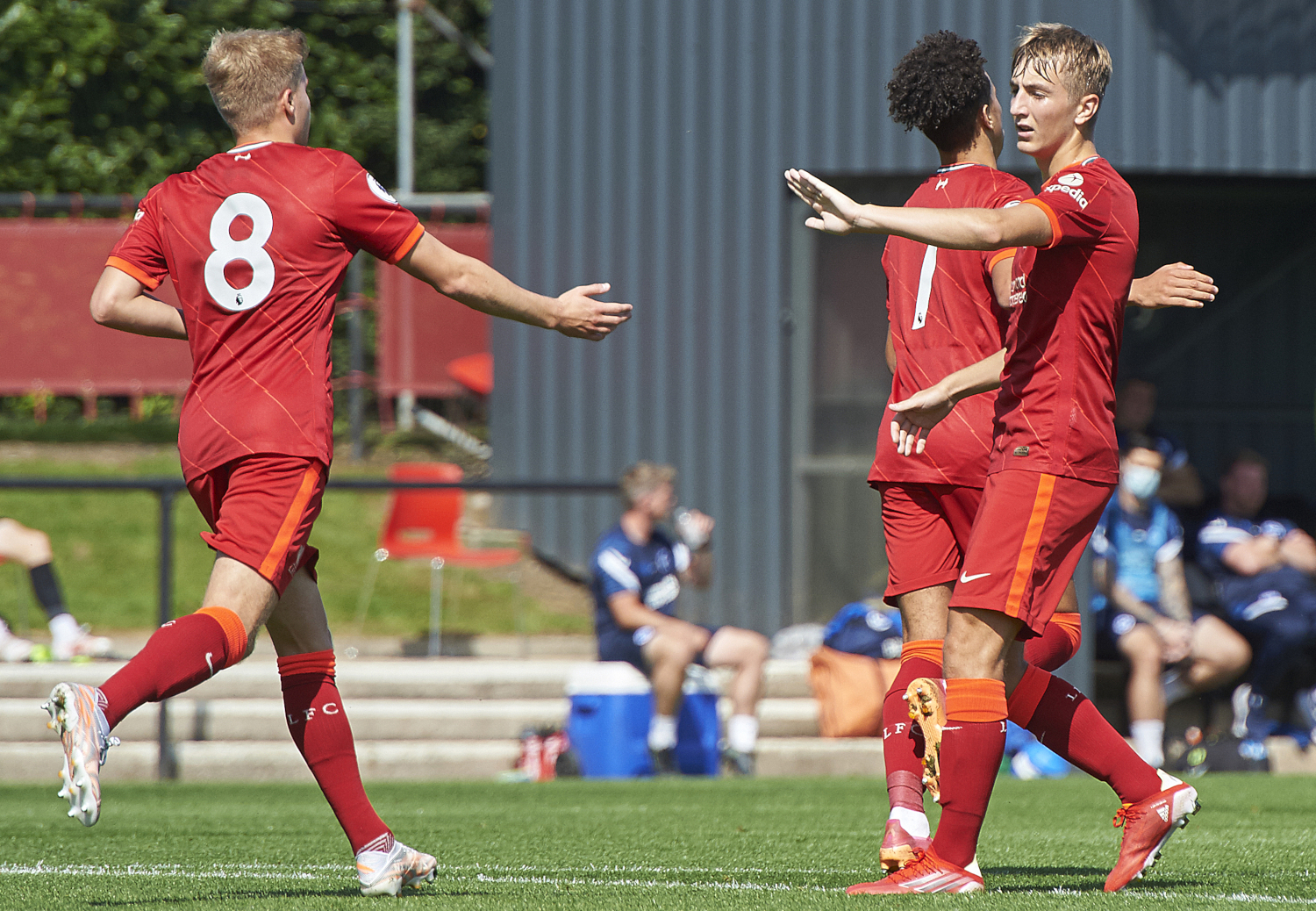 Chances at both ends followed, with Tsoungui heading over from a corner before Brighton ‘keeper Thomas McGill had to be alert to gather a clever backwards header from Ojo, leaving it level at the break.

Liverpool started the second half well and it took an exceptional save to stop Tyler Morton giving the home side the lead.

When Morton’s free-kick was blocked, the Reds recycled the ball well, Woltman teeing up Morton for a shot which McGill somehow palmed away.

The hosts continued to press and Bearne’s cross was turned narrowly wide by Woltman at the near post.

Chances then rather dried up, with Brighton winning several corners but failing to trouble Pitaluga. Fidel O’Rourke arrived from the bench for the Reds and looked to have a strong claim for a penalty for his shirt being pulled but the referee waved the appeals away.

Pitaluga produced the save of the match with six minutes left, a strong hand from the Brazilian turning away a drive from Leonard that looked destined for the top corner.

Leonard’s late header from close range was then rightly ruled out for a clear offside, meaning a point apiece in Kirkby.