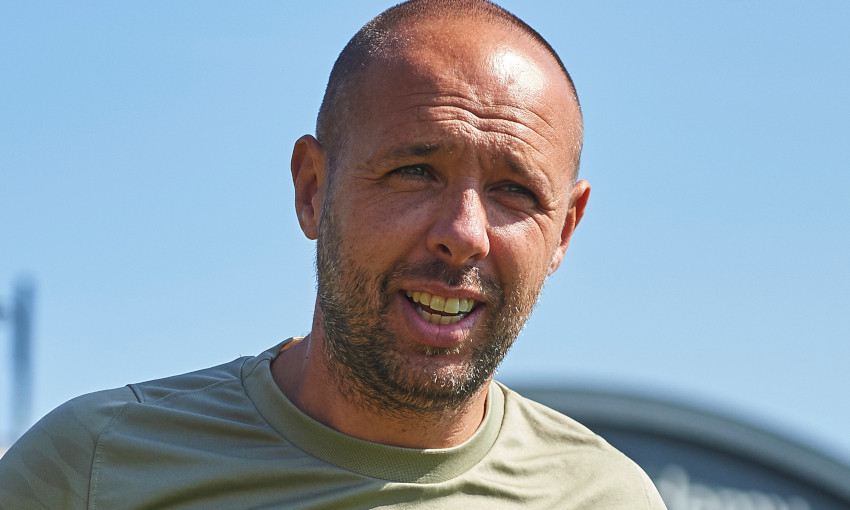 Barry Lewtas expects his young team to learn plenty from competing in the Papa John's Trophy once again this season.

A Liverpool U21s squad will begin the group stage of the competition with a trip to League Two side Rochdale at the Crown Oil Arena on Tuesday night.

Lewtas’ charges will also take on Bolton Wanderers and Port Vale, all away from home, with the group winners and runners-up then progressing to the knockout rounds.

“What the lads can take from this competition is invaluable and that is one of the main reasons we want to compete in it,” Lewtas told Liverpoolfc.com.

“We will be playing in front of a crowd again and that is something I think the boys will be really excited for.

“It’s also something they will have to deal with as it will be a little bit different for them, but I have every confidence that they will be able to do that and cope with it.

“From a player point of view and staff point of view we won’t be in for any surprises as we know we are going up against league opposition.

“We know the quality they have got, and we know from the experiences we have had in this competition before there are areas that will be a real challenge for us, but areas we have dealt well with in the past.

“We are really positive and we are really looking forward to it. We’ve just got to go there and make sure we give a good account of ourselves.

“It’s a big competition and there’s a trip to Wembley for the finalists so we expect the best version of Rochdale.

“We had three really good games, which was a big positive for us last season, the lads learned so much from them and we expect no different this year.”

Lewtas’ U23s side have started the season in encouraging form in Premier League 2, with a win over Everton in the mini-derby and two draws at home against Manchester City and, most recently, Brighton & Hove Albion on Saturday.

“It was a good point for us in the end against a good Brighton side,” he added.

“We knew it was going to be tough as they have got some good players. They had chances, we had chances, there were lots of positives to take from it and we are still making good progress, which is important.”

Brazilian goalkeeper Marcelo Pitaluga made his first start of the season at U23 level against Brighton, providing a commanding presence and making several outstanding saves during the 1-1 draw.

“I said to him after the game, ‘That was your first game back at this level and you did so well’ because he had so many corners to deal with which he dealt with really well.

“I was really pleased for him. He’s had a bit of time out through injury but I think to come back at this level with a performance like that speaks volumes about his personality, his character and also his ability.”