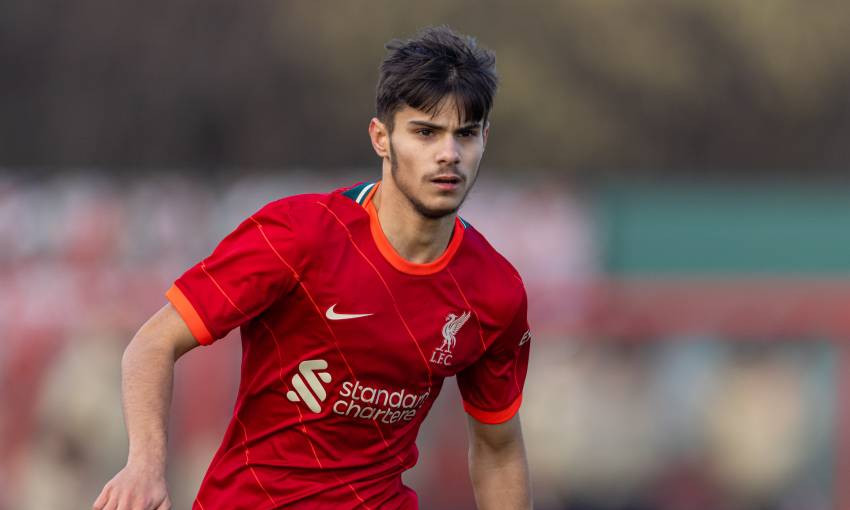 The topic of conversation is raised and out comes a chuckle and a smile from Oakley Cannonier.

He is, of course, the quick-thinking ball boy from Liverpool's greatest European night at Anfield.

A 14-year-old Cannonier proudly claims the pre-assist for 'Corner taken quickly… Origi', which secured the Reds' spot in the 2019 Champions League final and his own in club folklore.

But the Academy product, now 17, is determined to make that just one of many rewarding chapters with the team he supports.

"It does make me feel proud, it is a massive moment," admits Cannonier during a conversation with Liverpoolfc.com. "But I want to be a footballer, not a ball boy."

He's going about it the right way. After signing his first professional contract in July, the forward has scored 23 goals in all competitions for Marc Bridge-Wilkinson's U18s so far this season.

Part of his story is well known, the other aspects of it involve sacrifice and a drive for perfection.

His life changed forever on the eve of his 15th birthday. Not that he was expecting it when he simply rolled the ball to Trent Alexander-Arnold down by the Kop in the 79th minute of the semi-final second leg with Barcelona.

Divock Origi's finish from that set-piece ensured the name Oakley Cannonier would be remembered one way or another.

"I picked that spot for the atmosphere and stuff," he reflects on that night. "I'd done some games before, like Dortmund when Lovren scored the header – Lovren slid in that corner where I was. I've had good luck when it comes to ball-boying, to be fair!

"Liverpool were obviously getting beat, so the assistant manager told our coach Carl that the ball needs to be in rapid for the intensity of the game and stuff because we were 3-0 down. Everything had to be quick and you had to get the ball back on the pitch.

"I went to school the next day and all the Liverpool fans in our school were just coming up to me and going, 'You won us the game!' I had to go in a different room because there were so many people coming up to me.

"It still is a bit mad. People getting in touch on social media calling me a Liverpool legend. But if you look at what Trent's done with Liverpool's first team and won stuff with them, I'd love to do that. I don't want to just be like a ball-boy legend, you know what I mean?"

His actions that evening presented an easy ice-breaker for Jürgen Klopp when Cannonier recently found himself on the first-team side of the AXA Training Centre.

He reveals: "I trained with the first team a few weeks ago and the boss came up to me and he was like, 'I just need to thank you' for what I did."

But rather than cashing in a favour, it was the striker's development in recent months that earned him the opportunity to catch the eye of the senior set-up.

In the player's mind, the signing of his new deal in the summer was the starter gun for a critical campaign.

"I've scored a few goals and I'm just looking to kick on from where I am now," Cannonier says. "Signing my first professional contract was huge. It was something I've been working for all my life and finally getting the pro, I was buzzing with that.

"It was a really good experience [training with the first team]. A few of the U18s came with me, so I wasn't by myself. But the players are all really welcoming and nice people.

"They're so good. It's alright watching them on TV but then when you're with them in real life... just Thiago getting the ball and doing things I've not really seen before, I thought, 'Wow.'

"You have to stay grounded when you get back to the Academy, though. You can't come in and think you're the big dog after having a good session with the first team."

Cannonier's rise within the Reds' Academy fold in Kirkby began at U12 level after a switch from Leeds United.

He would leave his family in Yorkshire to move in with house parents – a sign of his commitment to make his dreams a reality.

Still possessing his hometown twang, he recalls: "I could've gone to a few different clubs, but I just always wanted to play for Liverpool. It was a no-brainer.

"I went to house parents in Year 7 to go to school over in Liverpool and it also was easier for travelling, instead of going from Leeds to Liverpool every single day. I tried giving myself the best chance to be prepared and stuff.

"Now my two brothers are at the club – one is in U12s and one is in U6s trying to get his first little contract."

Over time, Cannonier has developed into the free-scoring forward seen now, racking up eye-catching numbers in Bridge-Wilkinson's U18s.

That sense and skill has been honed with the help of countless Academy coaches, and a personal love for some potent ex-Liverpool frontmen. 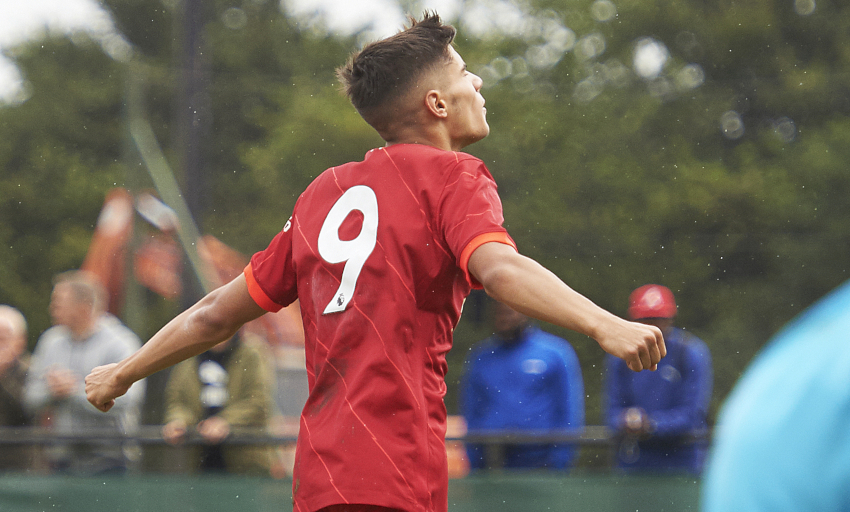 "I used to assist more, I used to be a No.10," he reveals. "Dropping deep and stuff – what I do now as a striker – has helped me. I don't mind putting a shift in for the other boys and try to set them up, and not just think about myself. But with the goals I have scored, I've also found myself in good situations.

"When I was younger, I used to love Torres. But then after he went to Chelsea, it was Suarez. I loved those two. They were just goalscorers and they were always the decisive players and I wanted to be like that.

"I don't like not scoring [in games], to be honest! I don't speak to anyone. It's not selfish but I put pressure on myself to score. I just want to be the best I can. I have to think positive and have no negative thoughts."

That attitude will be key as Cannonier targets future success and, ultimately, being widely known for something other than fulfilling his duties on May 7, 2019.

"All the boys want to win the FA Youth Cup, that's a big one for the short term," he finishes, detailing his career goals. "But long term is to try to break into Liverpool's first team.

"Obviously the front three is unbelievable now but hopefully in a few years or whenever I can break in."