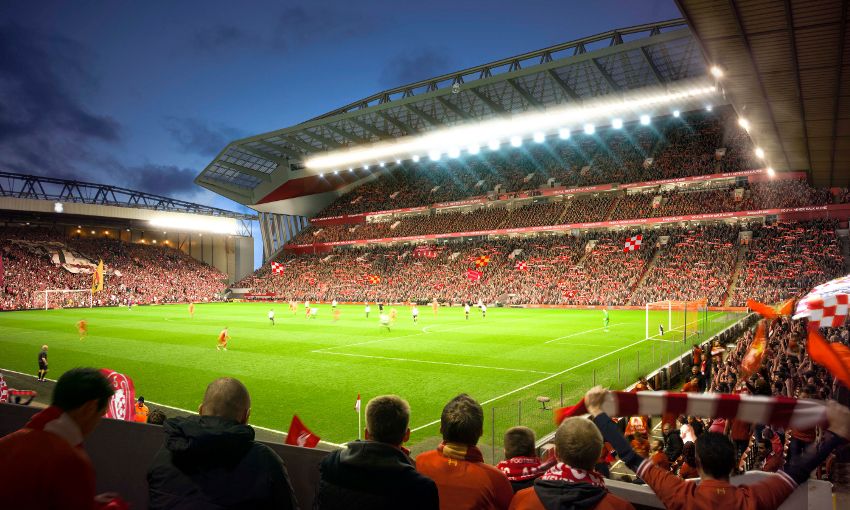 Get your tickets now for an evening with Gary Mac

Ahead of Anfield's new Main Stand opening for the start of the 2016-17 season, Liverpool FC have released the pricing and ticket structure, with the club maintaining its focus on bringing more local supporters and young people into the stadium.

Local fans will now be able to attend a category C game for as little as £9 following the introduction of over 20,000 tickets across the season with priority access given to local supporters.

Young fans also remain a focus and the club will introduce a new concession category for 17 to 21-year-olds which will provide over 1,000 extra tickets for each Premier League match for young supporters during next season.

The club will launch a new initiative working in partnership with local schools based in and around Merseyside to offer over 1,000 free incentive-based tickets.

The club has continued the practice of stretching prices across the ground to reflect seat location, resulting in 64 per cent of season tickets freezing or going down in price. Season ticket prices will range from £685 (£36 per game) to £1029 (£54 per game). Matchday tickets have also stretched, making the cheapest matchday ticket just £9 and the most expensive £77 depending on seat location. The under 17s junior season ticket remains at £180 (£9.47 per game). The club's new Young Adult price band will see 17 to 21-year-old season ticket holders enjoy a 50 per cent discount whilst our disabled season ticket holders and other concessions will continue to receive a 25 per cent discount on their seats.

Today's announcement follows a 13-month consultation with the Ticket Working Group, a sub-group of the official Liverpool FC Supporters' Committee, which has met regularly with the club over the last year to discuss affordability and accessibility of tickets.

Ian Ayre, chief executive officer, Liverpool FC, said: “With the opening of our expanded Main Stand, the club is heading into a new chapter and we want as many of our fans right there with us to support the team at Anfield.

“We always carefully consider ticket pricing to ensure the long-term sustainability and competitiveness of the club, while listening to the views of our match-going fans to understand the priorities around accessibility and affordability.

“The feedback has been clear that having more local and young people at Anfield is a priority and we are delighted to be launching these new ticketing initiatives. The redevelopment of our Main Stand and increased capacity has given us flexibility to freeze or reduce more than half of all tickets across the stadium, which is reflected in our longer-term plan to give fans more choice on what price they pay to attend a game.

“We would like to thank our fans in the Ticket Working Group for their commitment, engagement, cooperation and time throughout this process. There was agreement from the start that compromise was essential in working together to find solutions to increase accessibility and affordability of tickets. We recognise the incredible importance of ticket pricing to our match-going fans and we take the responsibility very seriously in determining pricing at Anfield.

“We are excited about our new Main Stand opening and look forward to welcoming 8,500 additional fans to Anfield next season to support the team.”

Over the coming days and weeks, the club will be writing to all Main Stand season ticket holders to provide them with detailed information about their seating options for next season. A full breakdown of the 2016-17 ticket pricing structure can be found here.