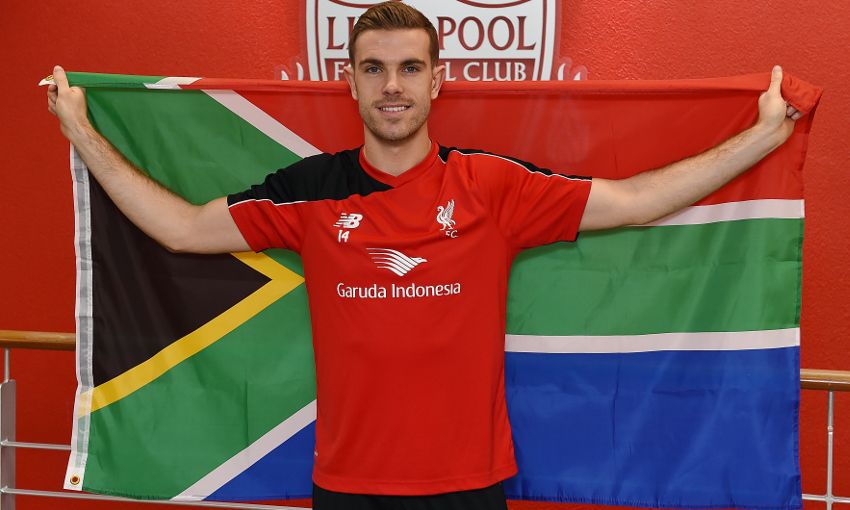 Get your tickets now for an evening with Gary Mac

The free event designed for fans of all ages will take place at Camps Bay High School from March 19-20, with the LFC tent featuring iconic photo opportunities, memorabilia and a number of fun fan activities in and around the two-day occasion.

The Reds will be hosting a number of unique opportunities for South African fans to get involved with the club and taste the Anfield experience.

As well as receiving special LFC giveaways, Reds fans who attend the BPL Live event will have an opportunity to take part in competitions and leave a message for Jürgen Klopp and his squad on a bespoke flag created by the official LFC South African Supporters’ Club.

Fans will also be able to watch Southampton v Liverpool on a giant 118-square-metre screen at the event on Saturday March 19 at 5pm*, surrounded by fellow passionate supporters.

Billy Hogan, LFC chief commercial officer, commented: “Liverpool FC has millions of passionate supporters all across South Africa. It’s fantastic that this year’s BPL Live event is being hosted in Cape Town allowing us to bring a taste of that magical Anfield atmosphere to our dedicated South African following.”

Liverpool will also be offering two lucky fans and their plus one the opportunity to win a breakfast meet and greet with McAteer in Cape Town during BPL Live, for full details and to enter visit https://competitions.liverpoolfc.com/ (available to fans in South Africa only).

Fans interested in attending BPL Live can register at http://www.bpllive.com/ or by dialling *134*275#. Entry will be granted on a first come, first served basis, but all fans must register before entering.

*Match may move to Sunday subject to Europa League involvement.

Meet Fowler and McAteer at BPL Live in Cape Town