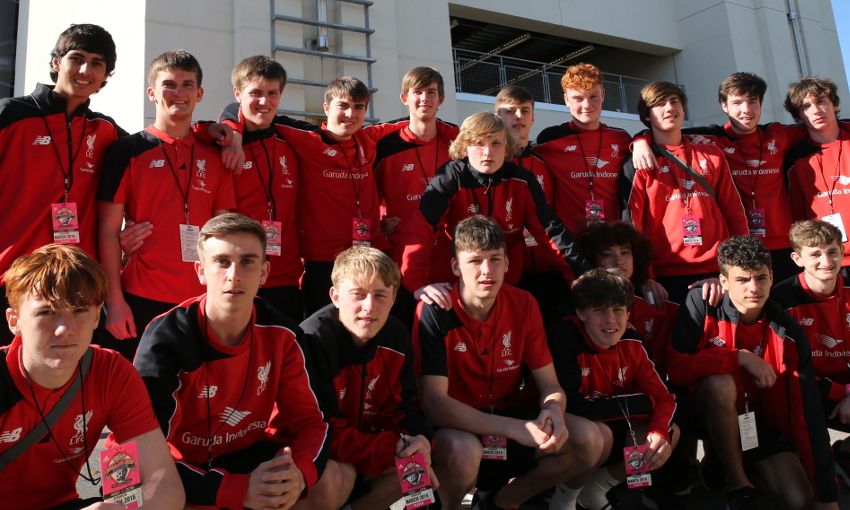 Have your say on four winners at the Players' Awards

Liverpool FC Foundation College has just returned from a highly-successful Dallas Cup tournament with the team earning rave reviews for their performances on and off the pitch.

The Dallas Cup is one of the most prestigious international tournaments in youth football and the young Reds gave a very good account of themselves as they reached the semi-finals.

The USA tour is designed to offer students a life-changing opportunity to experience competitive tournament football in another country, compete against teams from around the world, sample different cultures, meet new people and explore options of USA scholarships.

After tough opening encounters, there was joy for the U17s and U19s in their second game.

A late goal from Sammi Adeniran gave the U19s a 1-0 win over TSF Academy (New Jersey), while the U17s turned on the style as they beat Kansas Rush 5-1 with Sean Wilson scoring a hat-trick, and Luke Patterson and Scott McCarthy also on the mark.

The pressure was then on in the final group games with victories needed to see both teams progress.

The U19s achieved this with ease as they put Texas-based team Raydis Waller to the sword 8-1 with top goalscorer Elliot Nevitt netting four goals and John McGrath, Aarron Pomeyie and Michael Chojnicki also on the mark.

However, there was frustration for the U17 team as, despite a brave effort, they bowed out after losing to eventual winners New York SC.

The U19s continued to shine as they beat Houston Dynamos in the quarter-final at Moneygram Park thanks to a brace from captain Michael Muscat, but there was no time for a rest as they lost the following day in the semi-finals, 3-1 at the hands of California Rush.

Reflecting on a very successful trip, Andrea Cooper, head of the LFC Foundation said: “The Liverpool FC Foundation College provides a unique learning experience for 16-19 year olds, offering the chance to progress in education and football.

"We are pleased to be able to offer young people such fantastic opportunities such as taking part in the Dallas Cup. Experiences like this are designed to stimulate and motivate student and prepare them for life ahead."

If you are year 11 in school and looking to attend college, or in year 12 and would like a change, call 0151 724 4983 for more information and to arrange an interview.

The next LFC Foundation College Open Day is on Monday May 16 at 4pm BST.

LFC Foundation supports 'Run for the 96'

Run the Vitality Liverpool Half Marathon for the LFC Foundation