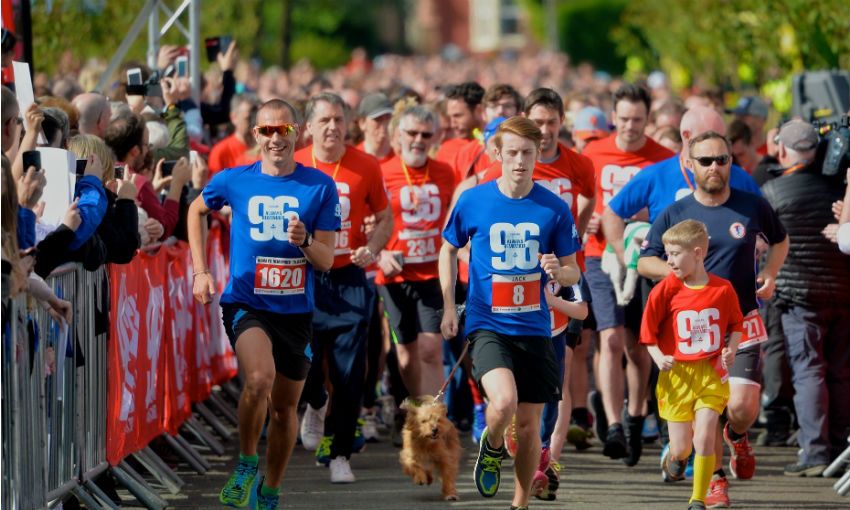 The Liverpool FC Foundation, the club's official charity, lent its support to the third annual 'Run for the 96' on Sunday May 14.

'Run For The 96' - which was created by Dom Williams, organiser of the Hillsborough to Anfield run - sees Reds and Blues come together to raise money for the two clubs' charitable arms, the LFC Foundation and Everton in the Community, in remembrance of the events of April 15, 1989.

Funds raised are split between three official charity partners - the LFC Foundation, Everton in the Community and Stanley Park Liverpool CIC - and last year's event saw the LFC Foundation receive in excess of £5,000.

Cooper said: "This event is a fantastic way to bring the red and blue sides of the city together and raise money for our respective charities.

"We're proud to be involved in the run again this year and to see so many football fans and local people come down to support us.

"It's been a great day for the city and the money raised will go a long way in helping us to create life-changing opportunities for children and young people."

Win a Big Red Night In with James Milner