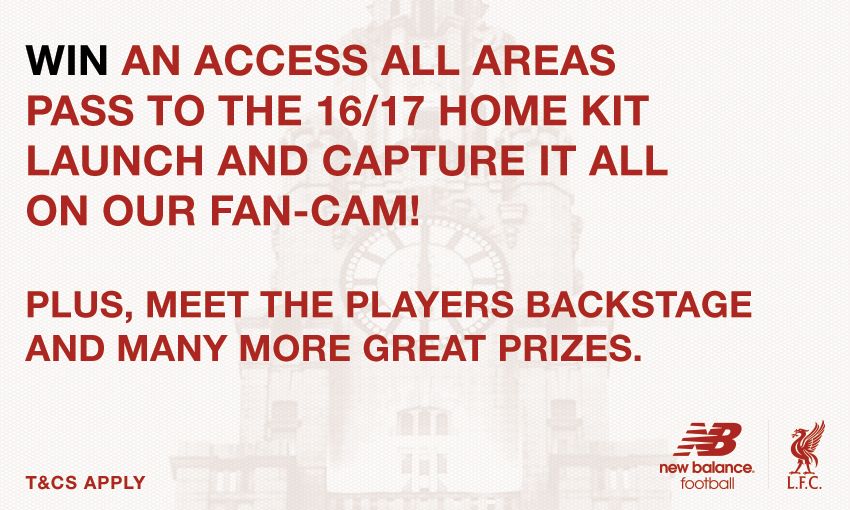 Liverpool FC are calling on fans to show how they are 'Made For Liverpool' to be in with the chance of winning the ultimate behind-the-scenes fan cam experience at the New Balance 2016-17 home kit reveal event.

One lucky fan will win a media pass to the kit launch, which takes place on Monday May 9 at the Pier Head in Liverpool, where they will wear a Go Pro camera to film the event and get exclusive backstage access from a fan's perspective.

The winner will have the opportunity to meet first-team captain Jordan Henderson as well as his teammates Simon Mignolet, Philippe Coutinho and Jon Flanagan.

Members of the Liverpool Ladies squad, Academy players and Legends Robbie Fowler and Jason McAteer will also be in attendance at the event on the Liverpool Waterfront.

Henderson’s brand new home kit as worn for the reveal, as well as two hospitality tickets to the first home game at Anfield for the 2016-17 season are also part of this amazing prize.

To enter the competition, simply share a photo that proves that you are #MadeforLiverpool to @LFCRetail on Twitter, using #LFCFanCam, before the closing date of 23:59 BST on Thursday May 5, 2016.