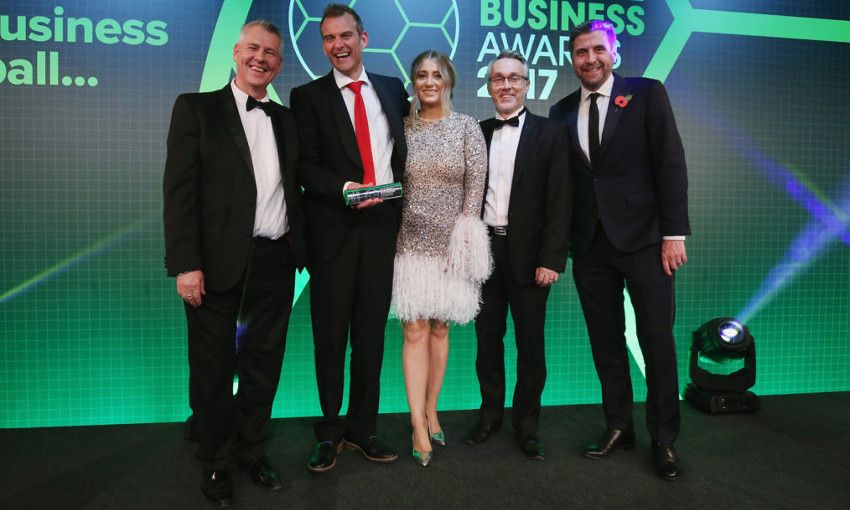 The club’s 2017-18 home kit campaign, Pure LFC, scooped the Best Sport Campaign at the Northern Marketing Awards held in Manchester on Wednesday, after also being nominated in the Best Retail and Best Business to Customer categories.

The unique and emotional campaign saw four special fans receive a brand new home kit personally delivered by one of their LFC idols, putting fans at the heart of the campaign and acknowledging the incredible contribution they make to the club.

Elsewhere, the club also took home a number of awards at the Football Business Awards in London on Thursday.

The landmark partnership between Liverpool Ladies Football Club and Avon - the first female-focused brand sponsorship of a premier ladies’ football team – was awarded gold with the Best Partnership accolade.

LFC’s community programme, Red Neighbours – which aims to make a difference to people who live in and around the Anfield neighbourhood – won the silver award for Best Corporate Social Responsibility Scheme.

LFC Foundation and Nivea Men’s collaboration on the LFC Legends charity match, played against Real Madrid Legends at Anfield last March, scooped a silver award in the Best Brand Activation involving Football category, alongside Best Non-matchday use of a Venue for Anfield’s first ever Esports event.

Peter Moore, chief executive officer of LFC, said: “We’re absolutely delighted that our wonderful club has been recognised at the Northern Marketing Awards and the Football Business Awards. To take home five awards, rewarding the hard work of various departments across the club, is fantastic.

“Our fans were at the heart of many of these campaigns, programmes and events, and we’re immensely proud that the special relationship we share with them has been acknowledged in this way.”