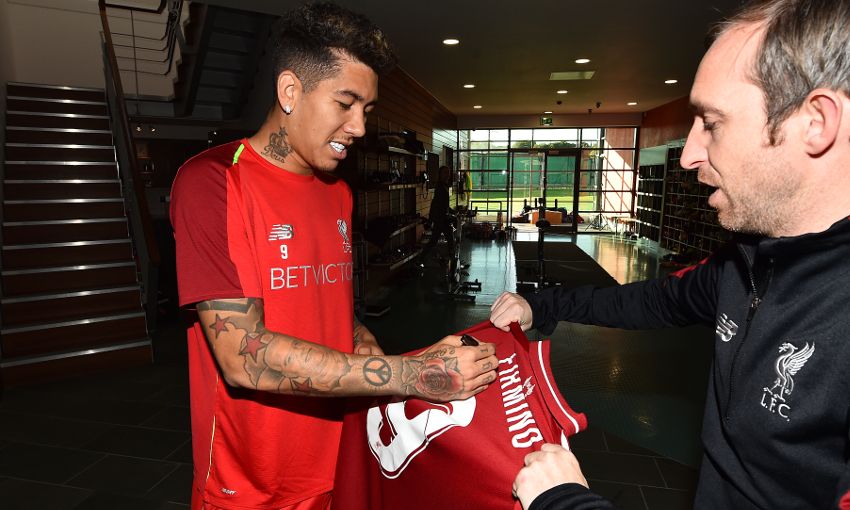 Liverpool's first-team players have signed their Champions League match-worn shirts in support of the humanitarian aid efforts in Indonesia.

A signing session was held at Melwood on Thursday, where the squad put their signatures to the jerseys worn during the game against Napoli earlier this month.

They will now be donated to the Disasters Emergency Committee (DEC) Indonesia Tsunami Appeal.

The island of Sulawesi was devastated by a powerful earthquake and a tsunami on September 28, which left a trail of destruction throughout the region.

More than 2,100 people have died as a result of the disaster, at least 2,500 are seriously injured and hundreds more remain missing.

Tens of thousands of homes have been destroyed and entire communities have been wiped out, leaving more than 330,000 people homeless or without adequate shelter; 200,000 of those survivors – around a quarter of whom are children – are now in urgent need of clean water, food, medical care and shelter.

The DEC – a unique alliance of the UK’s leading aid agencies – launched their Indonesia Tsunami Appeal on October 4, and the LFC shirts will go towards generating much-needed funds to help survivors of the disaster cope with the trauma and begin to rebuild their lives and communities.