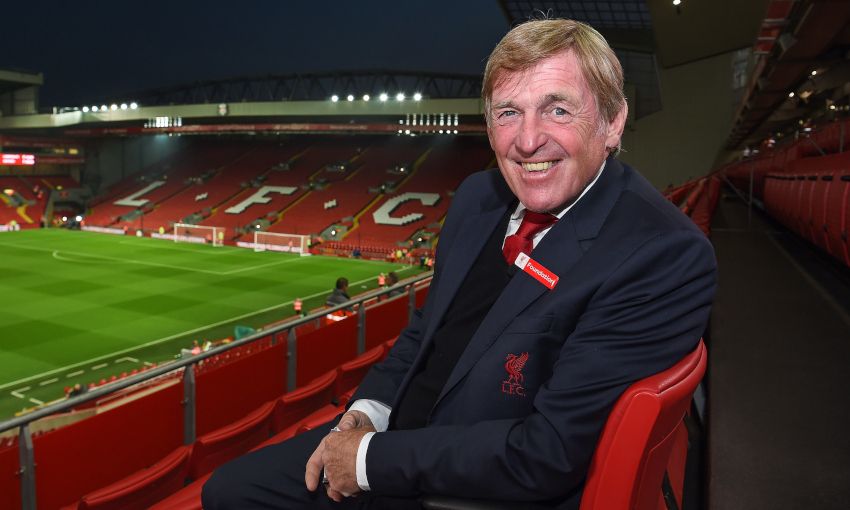 Out now: New additions to the LFC fashion range

LFC Foundation is delighted to announce Sir Kenny Dalglish will be returning to the Anfield dugout on March 23 as manager of the LFC Legends team for their encounter with Milan Glorie.

The legendary Scot will be back at the Reds' helm for the contest – and he admits it’s a call he wasn’t expecting to take.

Sir Kenny said: “I certainly didn’t expect to be taking on a manager role again, but it’s all for such a great cause. Like myself, the boys are happy to turn up and support the LFC Foundation, which helps thousands of less fortunate children and young people every year.

“LFC Legends games are always popular, with sell-out crowds who come to see their heroes play. It’s also the perfect opportunity for young fans, the future generation of the club, to enjoy the famous atmosphere of Anfield, which many won’t have had the pleasure of before.”

LFCTV GO: Sir Kenny Dalglish on his return to the Anfield dugout

Proceeds from the legends game will go to LFC Foundation, which aims to create life-changing opportunities for children and young people, and a proportion will also be donated to AC Milan’s official charity, Fondazione Milan.

Money raised from last year’s legends game has already helped to fund a variety of projects for LFC Foundation and its charity partners, including the MOVE project at Alder Hey, which is successfully helping local children with cystic fibrosis by providing tailored physical activity to improve their health and quality of life; and LFC Foundation’s new Onside project, which is implemented in association with Merseyside Police and north Liverpool schools to prevent the involvement of young people in gang and youth crime.

Tickets for the game are priced at £22 for adults, £5 for juniors and £15 for over 65s. They are available to purchase online only at: http://www.liverpoolfc.com/tickets/tickets-availability.