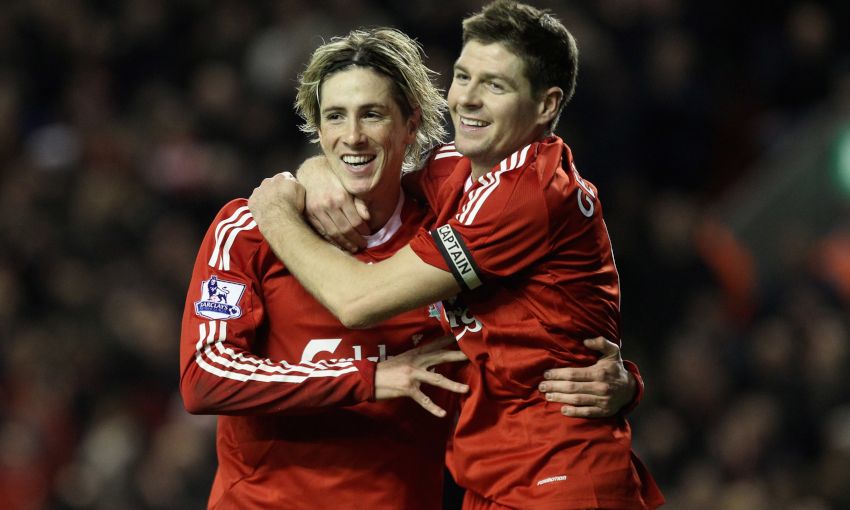 Soccer Schools: Learn to play The Liverpool Way this summer

Fernando Torres named Steven Gerrard as the best teammate of his career as the former Liverpool forward reflected on his decision to retire from football.

Having made the announcement on Friday, the 35-year-old held a press conference overnight in which he explained the reasons for his retirement and looked back over his achievements in the game.

Torres, of course, spent three-and-a-half seasons with the Reds – scoring 81 goals in 142 appearances – and developed a prolific partnership with Gerrard, who operated just behind the Spaniard in a fine Rafael Benitez team.

Such was the connection between the two, Gerrard remains at the top of a stellar list of players Torres linked up with for club and country.

“I always say the best player I played with is Steven Gerrard,” he said. “I found he was the player who completed my game. I think my level got into a different dimension when I was on the pitch with him.

“It was an amazing three-and-a-half years playing alongside Steven and I would love to go back to those days – even for one minute.”

Torres confirmed his professional career will conclude on August 23, when his current side, Sagan Tosu, face Vissel Kobe in the Japanese top flight.

“I have a high demand for myself,” said the striker, who has also represented Atletico Madrid, Chelsea and AC Milan.