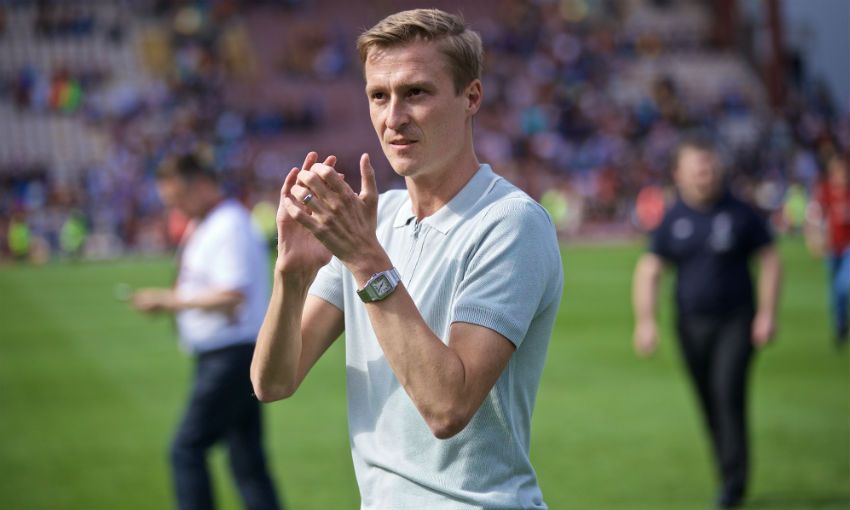 The aim of the 170-mile trek – which is a continuous walk from Bradford to Liverpool via Bolton Wanderers and 15 other grounds over the course of this weekend – is to raise more than £20,000 for the foundation set up by Darby and close friend Chris Rimmer.

Darby, who made six first-team appearances for Liverpool before departing in 2012 to join Bradford City, was diagnosed with motor neurone disease last year and forced to retire from football.

Former Reds Neil Mellor and Dominic Matteo are taking part in the walk, while Jürgen Klopp and James Milner have sent messages of support.

Liverpool legend Steven Gerrard also made a video wishing Darby and the walkers the best of luck.

The walk was the idea of former Liverpool trainee and Bolton midfielder Tony Kelly, who was so moved by Darby's courage after his life-changing diagnosis.

"Stephen's diagnosis with MND was a shock to everyone but his reaction to this has been truly inspiring," Kelly said.

"His first thought was to see how he can support others with a similar condition. A more selfless act I cannot imagine."

You can donate to the walk by clicking here.