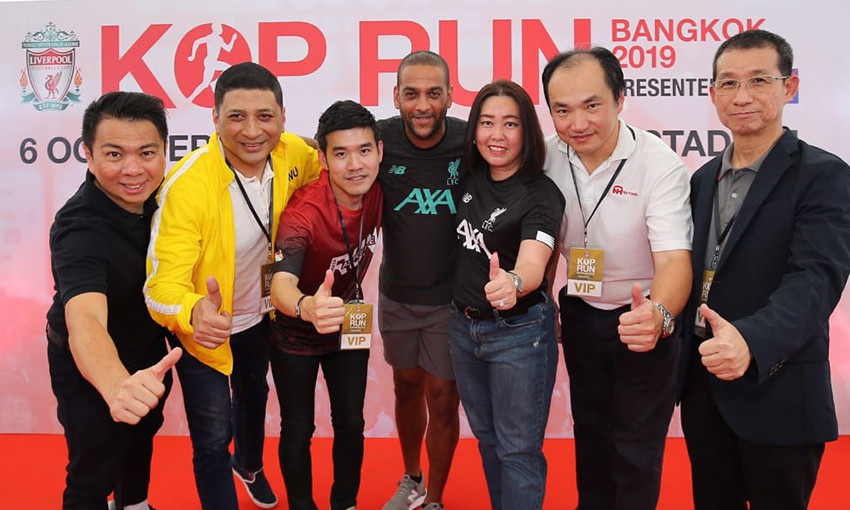 More than 8,500 runners will take part in 5km and 10km runs at Thailand’s national Supachalasai Stadium on Sunday to help raise health awareness among Thai fans.

Babb was delighted to be part of the Kop Run Bangkok 2019, presented by AXA event, the first of its kind in the country.

He said: “I’m really excited to visit Thailand again and meet with fans and runners as well as fitness enthusiasts.

“I am confident that the atmosphere will be amazing and I look forward to running the 5km race. The club is excited to be teaming up with AXA to help promote health and wellness to our fans in Thailand.” 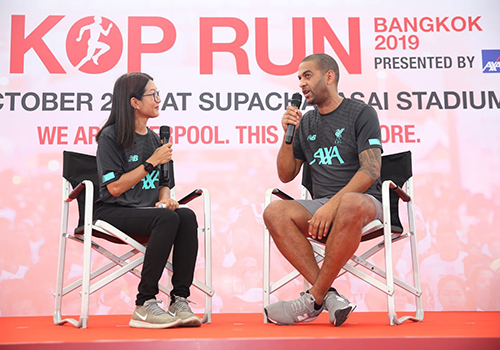 Anticipation for the inaugural Kop Run has been high, with all registration slots filled within an hour of the launch.

Fans are invited to join in the Kop Run festivities, where there will be various activities by partners such as AXA, Chaokoh, NH Foods and Western Union at the Kop Village at Central World from Friday October 4 to Saturday October 5, from 11am to 8pm.

The Kop Run Bangkok 2019, presented by AXA takes place on Sunday October 6 at the Supachalasai Stadium. The top three finishers in the events, both male and female, will receive special souvenirs.