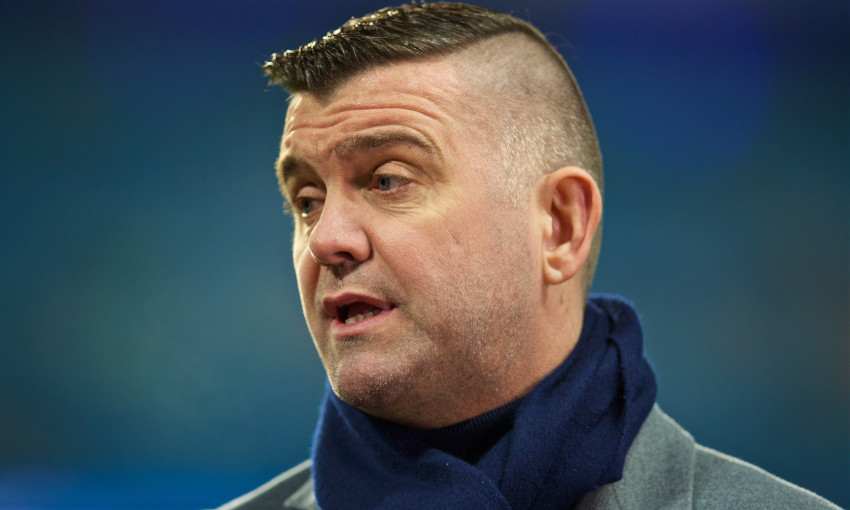 Dominic Matteo has opened up on his recovery from a brain tumour as the former Liverpool player explained: “I’m lucky to be here.”

The 46-year-old took seriously ill last November and required an operation before an extended period of rehabilitation and treatment.

Last week, Matteo – who played 155 games for the Reds in the 1990s – shared the brilliant news that he has now been given the all-clear.

Reflecting on his experience in the past six months on LFCTV’s Legends in Lockdown show, Matteo outlined his gratitude to those around him.

“Everything my wife has done for me, and family and friends, over the past few months – and everyone else – it has just been incredible,” he said.

“Everyone really got behind me. At that period of my life I probably needed it more than I realised. When you get yourself into that position all you want to do is get out of it as quickly as possible, that’s the tough bit.

“At the moment things are going really well, we had a positive outcome, which is always the thing – as any person will tell you – you just want a little bit of some good news. Fortunately, we got a little bit of good news at the right time.

“It’s still sinking in, to be honest.

“At the moment for me it’s still day to day, I still have to function with certain things. I still can’t read and write. You just have to realise about certain things.

“We’ve all lost people to certain things and there’s been a lot of bad news knocking about. Just to bring a little bit of happiness from my own point of view and for everyone else at that moment was nice.

“It has been such a tough time for everyone – and for me. We keep going and I’ve kept battling away right the way through it. I can’t thank my wife Jess enough for everything she has done for me through this period.

“It’s only at periods like that, that you realise who you need in life at times.”

The suddenness of Matteo falling ill was such that he had been working with LFCTV the previous day as the Reds beat Manchester City 3-1 at Anfield.

A check-up ordered by his doctor flagged the issue and life-saving interventions were immediately made by Leeds General Infirmary and St James’s University Hospital.

His recovery remains ongoing but Matteo, a father of three, is wholly focused on the positives as he adapts to a new lifestyle.

“I’ve lost peripheral vision in my right eye, which for me is not the end of the world, I can cope with that,” he continued, speaking alongside Robbie Fowler and Jason McAteer.

“When I think about what I’ve been through and where I’m at now, I’ve made massive strides quite quickly. I’ve still got to take things slowly, as you do. None of us want to do that, especially having the sports side in all of us, you want to keep working and keep going.

“But just for the moment I’ve just got to slow down and get back on my feet. Hopefully I’ll get back working soon.

“I’m more or less living a vegetarian/vegan life now because that’s what I have to do. If I want to live a bit longer and stay round a bit longer for my kids and stuff I’ve got to live life a little bit better.

“But moderation is the word that I probably didn’t use too much as a footballer but one I need to use now going forward.

Hear more from Matteo – as well as Fowler and McAteer – on Legends in Lockdown, which airs on LFCTV at 7pm BST tonight and is available now on LFCTV GO.

Sign up for a one-month free trial of LFCTV GO now and enjoy a range of Reds content at any time, on any device. You can also cancel at any time.