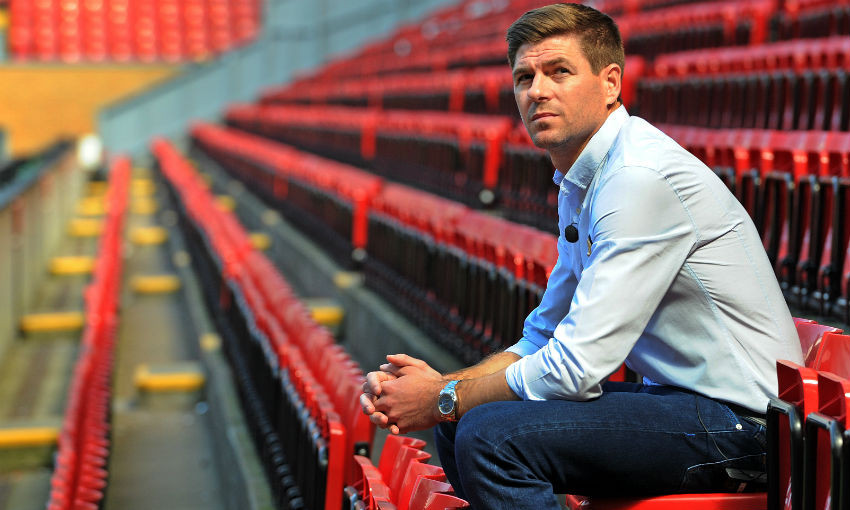 'Gerrard: My Liverpool', a special tribute to the club's legendary former captain, will air on LFCTV at 9pm BST tonight.

You can also watch the documentary for free on LFCTV GO today by registering with LFC for free.

Chandeliers the size of centre-backs hang 60 feet above him.

Light floods the room, sparkling marble and oak; splashing stained-glass windows so they throb with colour.

“Sound this, isn’t it,” grins Gerrard.

He’s pouting, squinting, nodding - all at once - in the way someone does when they want to show their complete approval.

Perhaps the greatest of all Liverpool players has come to one of the city’s greatest buildings to bid farewell.

It’s late April 2015, and Gerrard has six games left at his beloved Reds.

He’s agreed to spend a day filming around the city for a documentary that will chart his illustrious career.

The day’s activities have so far been doused with nostalgia; from the Kemlyn Road Stand seat where he first took in Anfield, to a stroll along the waterfront he so rarely gets to savour.

And, at St George’s Hall in the heart of the city, the stage has been set for him to sit down for a final time and reflect on 17 years as a Liverpool player. 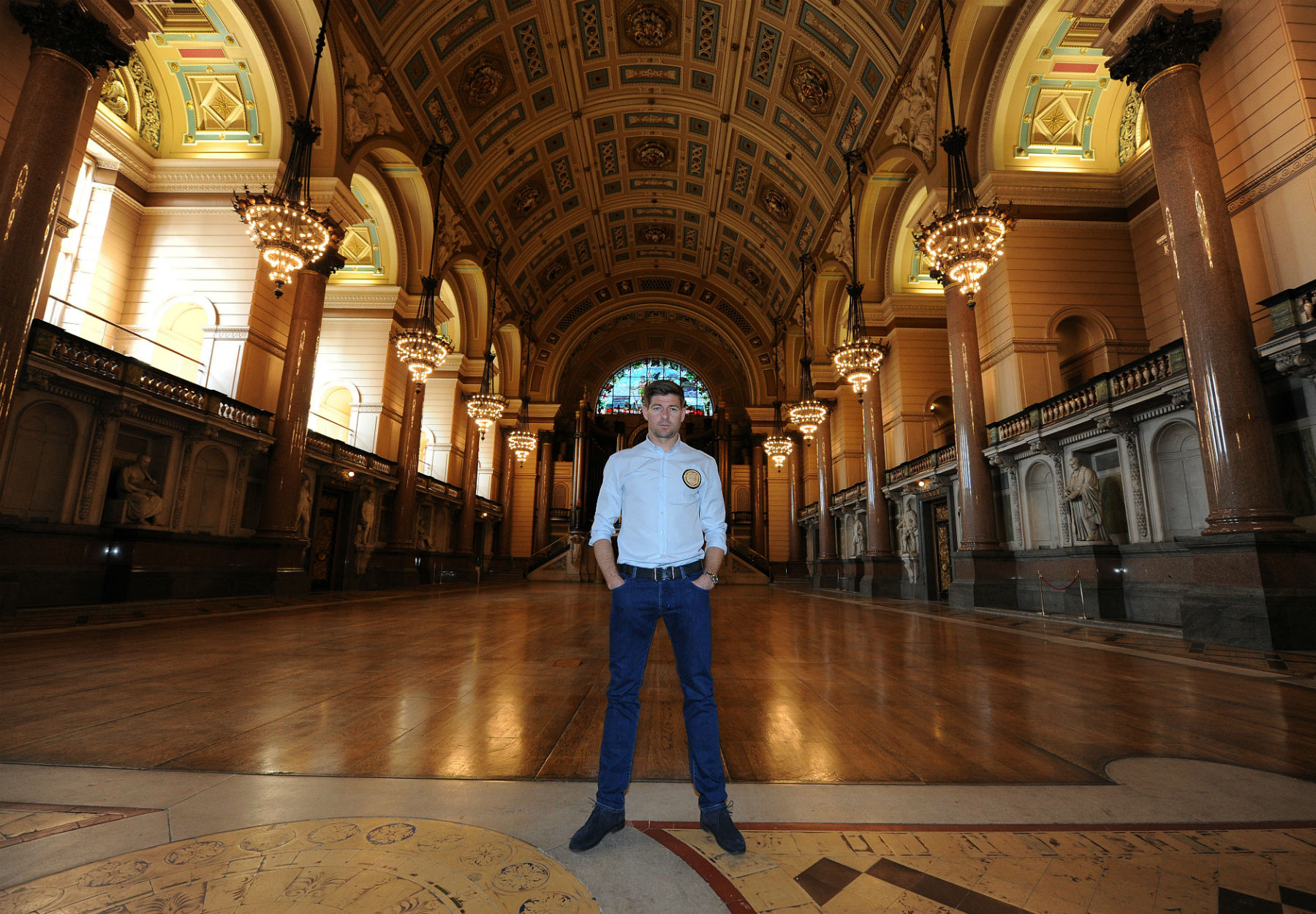 The conversation starts on Ironside Road in Huyton, where Gerrard nurtured his love and talent for belting footies.

“It was the perfect five-a-side pitch,” he says. “A great place to kick balls against walls and smash windows.”

The picture of a normal family is painted; a young life full of love, the latest Liverpool strips and the occasional scrap with his brother.

But a cloud descends when asked about Jon-Paul.

When Gerrard was eight his cousin, Jon-Paul Gilhooley, became the youngest of those to lose their lives at Hillsborough.

“I have memories of playing with him in Ironside,” explains Gerrard, pain slowly engulfing his features.

“The life I’ve had up to this point, the memories I’ve had, I just wish that he could have shared them with me.”

Steven reflects on the heart-thumping moments that punctuated his early Liverpool career; the buzz of making his debut, the pride at becoming club captain.

And then Istanbul; the greatest of all nights, when the Reds overcame a masterly AC Milan side to achieve the impossible.

His voice quickens as he clocks the moments; the goal he scored with an almighty mid-air swivel of his neck; the Andriy Shevchenko penalty which Jerzy Dudek swatted away to settle the final. 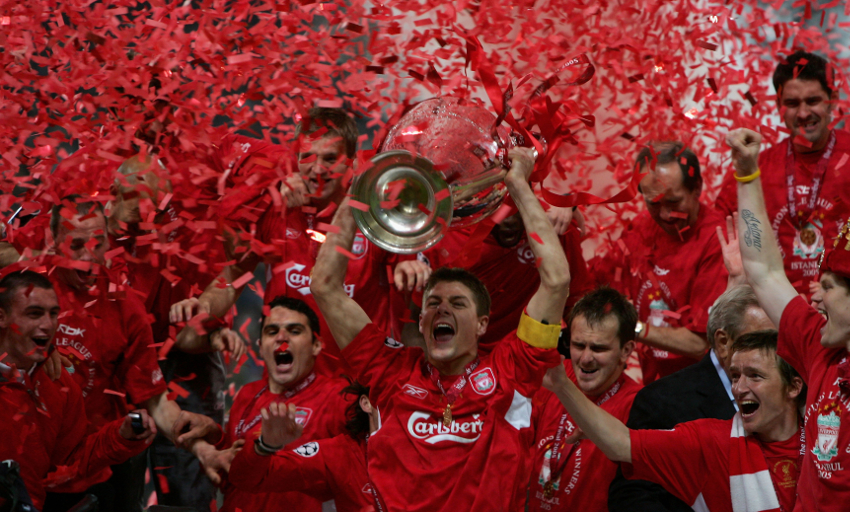 The seconds where he paced on the platform with his hands on his hips, not sure where to look; not sure what to do, while the European Cup waited patiently alongside him.

“I felt like my heart was going to come out of my chest,” says Gerrard, eyes pulsing in time with the quickening rhythm of his voice.

“The guy who was giving me it, he was just taking too long. I just wanted to go and grab it myself.”

And then when you got it in your hands?

He’s dimmed down to a whisper; the words tumbling out in a trance: “You’re just lost in your emotions. It’s like a dream.

“I was the lucky person to do it for everyone.”

His words echo around the Great Hall.

The statues are silent and the light is retreating behind stained-glass windows.

Gerrard goes on to Cardiff and to that godly swipe of his right boot which conjured one of football’s greatest goals to take the 2006 FA Cup final to extra-time.

He moves on, somewhat ruefully, to how the side assembled by Rafael Benitez between 2006 and 2009 was the best he played in, at the very peak of his powers, and yet ‘should have won more’.

And then to the moment that had lingered on the horizon throughout the conversation, drawing slowly into sight as the seconds ticked down.

The day when Anfield shuddered with excitement and Liverpool prepared to take a huge step towards winning the Premier League title in April 2014.

“Heart-breaking,” states Gerrard, offering a sheepish smile that is horribly at odds with the tears forming in the corners of his eyes.

“I just thought it was our turn,” he continues wearily, all joy drained from him. “But we fell short at the final hurdle. And it was heart-breaking. It will be for a long, long time.” 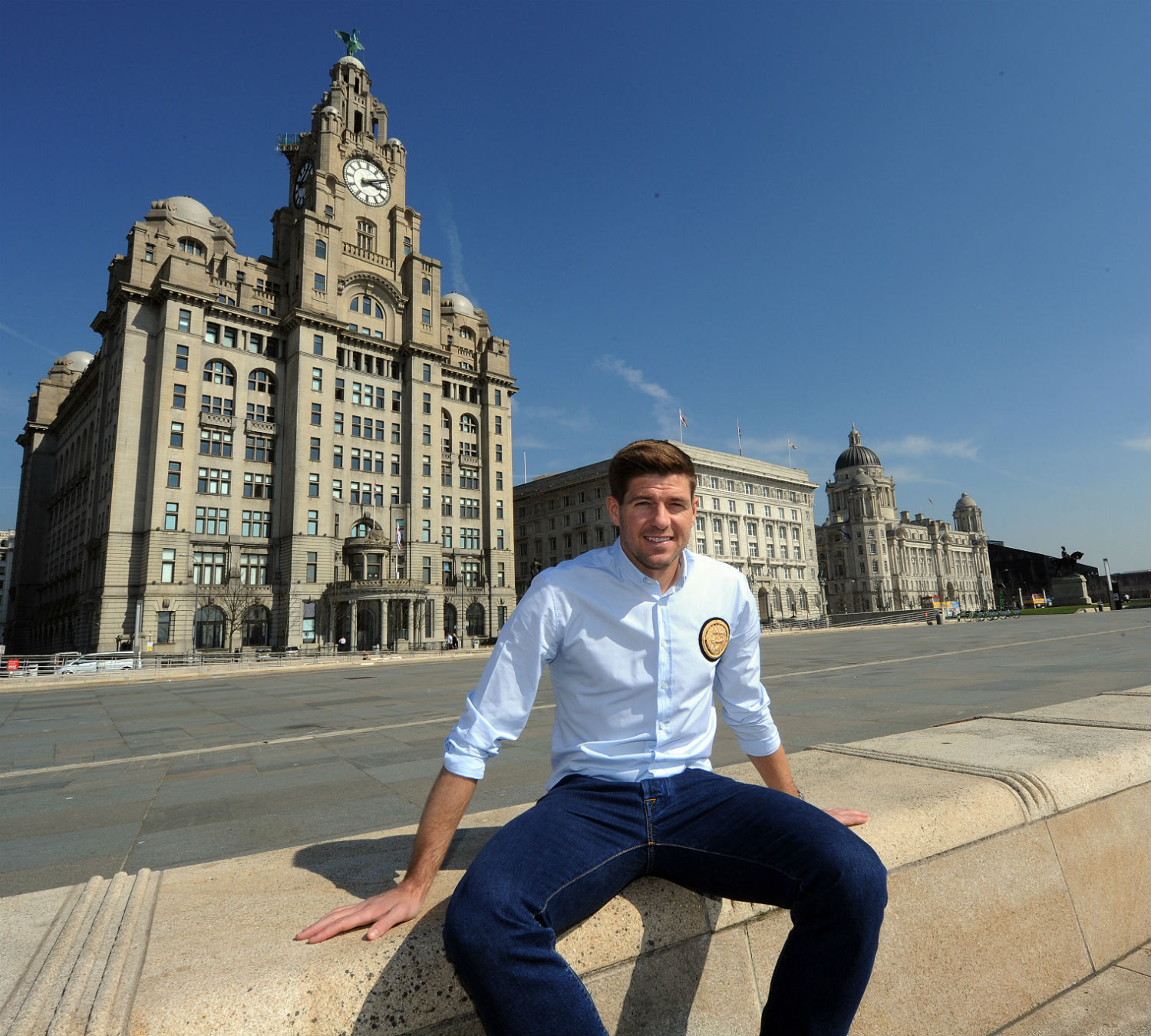 In Gerrard: My Liverpool, you will see this footballing icon at his rawest; watch him grapple with the emotions stirred by unbelievable highs and gut-crushing lows.

Those who know him best, like his mum Julie, his daughter Lilly-Ella, his teammates Jamie Carragher and Xabi Alonso, and his coaches like Steve Heighway and Gerard Houllier, will help him tell his story.

Legends such as Zinedine Zidane, Francesco Totti and Paolo Maldini will tell you how they marvelled at his powers and how he was a force of nature.

But, when all is said and done, the final words of the film best sum up one man’s sheer single-minded commitment to the club he always loved.

“I’d just like to be remembered as someone who played for the fans,” says Gerrard. “Someone who gave everything he had to make them happy.”

He’s shuffling in his chair now, tilting his head to keep the tears at bay; sucking in little pockets of air to send out the last few sentences.

Watch Gerrard: My Liverpool on LFCTV at 9pm BST on Sunday, or register with LFC for free to watch on LFCTV GO for free today