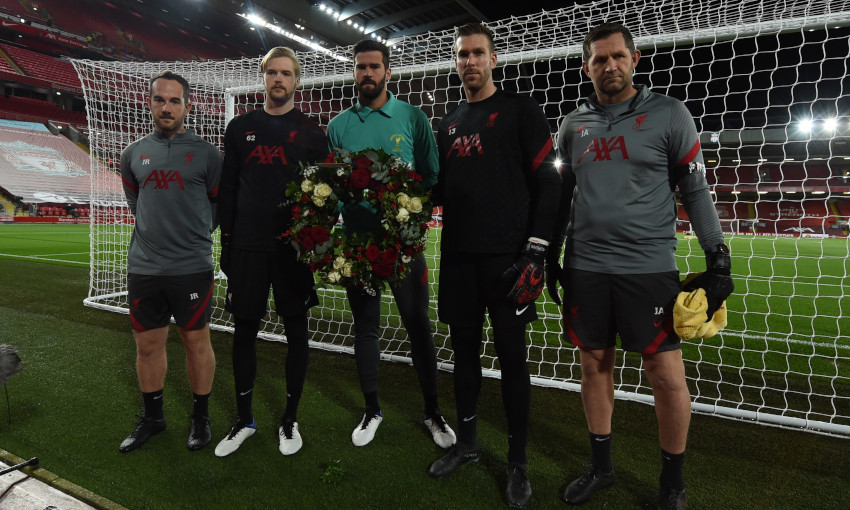 Clemence, who made 665 appearances for the Reds and helped the club to lift five league titles and three European Cups among a host of major honours, passed away at the age of 72 last weekend.

As a mark of respect to the legendary ‘keeper, Alisson Becker, Adrian, Caoimhin Kelleher, John Achterberg and Jack Robinson laid a wreath at the Kop end and observed a minute’s silence in his memory.

Alisson also wore a replica of the jersey Clemence used during the 1981 European Cup final, when Liverpool defeated Real Madrid 1-0 in Paris.

Watch their tribute in the video below. App users should tap here to watch.