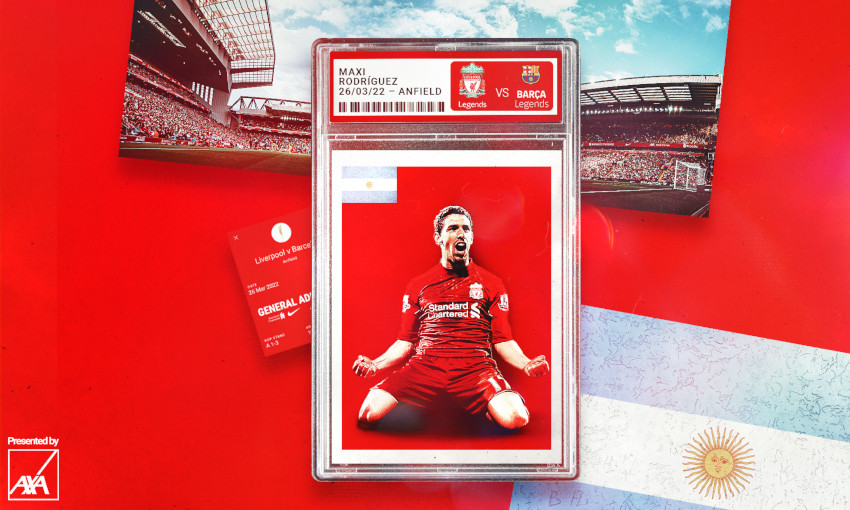 The former Argentina international, who retired late last year, became a huge fan favourite during his two-and-a-half-year spell with the Reds.

Signed from Atletico Madrid in January 2010, Maxi went on to make 73 appearances and score 17 goals – including two hat-tricks – as well as lift the League Cup in 2012.

And it has now been confirmed Maxi will pull on club colours once again on Saturday March 26 for the LFC Foundation legends charity match, which kicks off at 3pm GMT at Anfield.

He is set to join the likes of Patrik Berger, Luis Garcia, Dirk Kuyt and Steve McManaman – to name a few – against a Barça side featuring some iconic names from the Spanish team’s history.

Tickets for the must-see legends fixture are on sale here.