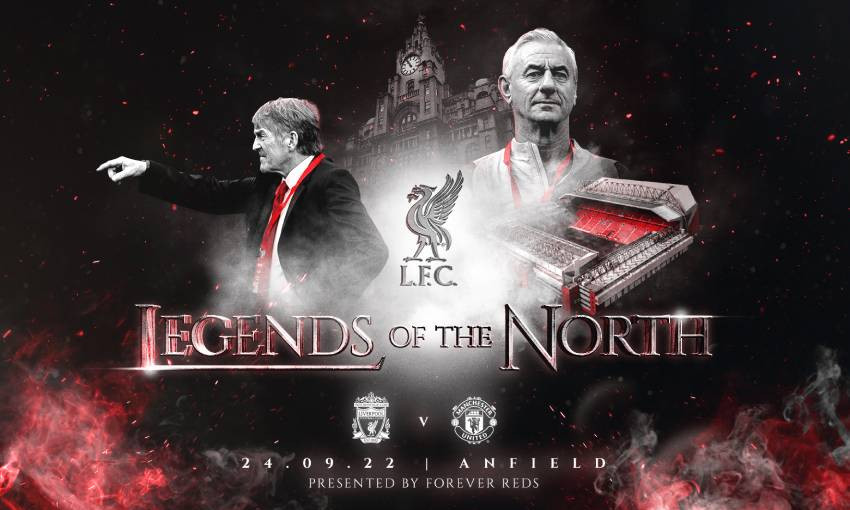 Liverpool FC Legends will face Manchester United Legends at Anfield on Saturday September 24, 2022 in a bid to retain their crown as Legends of The North.

LFC Legends won the first leg of the Legends of the North fixture in May, beating their Man United counterparts 3-1 at Old Trafford, with Mark Gonzalez scoring a fantastic brace.

The Reds will once again be managed by Sir Kenny Dalglish, with support from Ian Rush. A stellar line-up of Legends for both teams will be announced soon.

One-hundred per cent of the proceeds raised from the Legends of the North charity match, which is brought to you by LFC Foundation in association with Forever Reds – the official LFC former players’ association – will support a variety of LFC Foundation programmes, including #iWill, young people’s social action movement, as well as local community and football projects.

Funds will also be donated to LFC Foundation’s charity partners – Cash for Kids and IntoUniversity – to support their outstanding work across the Liverpool City Region. Forever Reds, which provides support to the club’s former players in need of care among other things, will also receive a proportion of the proceeds.

Matt Parish, chief executive of LFC Foundation, said: “It’s fantastic to be hosting our second charity match at Anfield this year, and we are once again looking forward to welcoming the LFC family back to enjoy another fun-filled afternoon of football with some of the greats. After such a great result at Old Trafford in May, we are anticipating a competitive return match for the Legends of the North title.

“The first leg raised £1.3m for the Manchester United Foundation and if we can look to match or exceed this it would make a huge difference to the programmes we offer across the Liverpool City Region, and our charity partners who we work alongside to reach and support more young people and families.”

Tickets for the Legends of the North charity match are priced at £27 for adults, £7 for juniors and £17 for over 65s.

Premium tickets are available from £50 and hospitality tickets start at £130. Please visit here for more details.

LFC Legends to face Celtic Legends at Anfield in March 2023