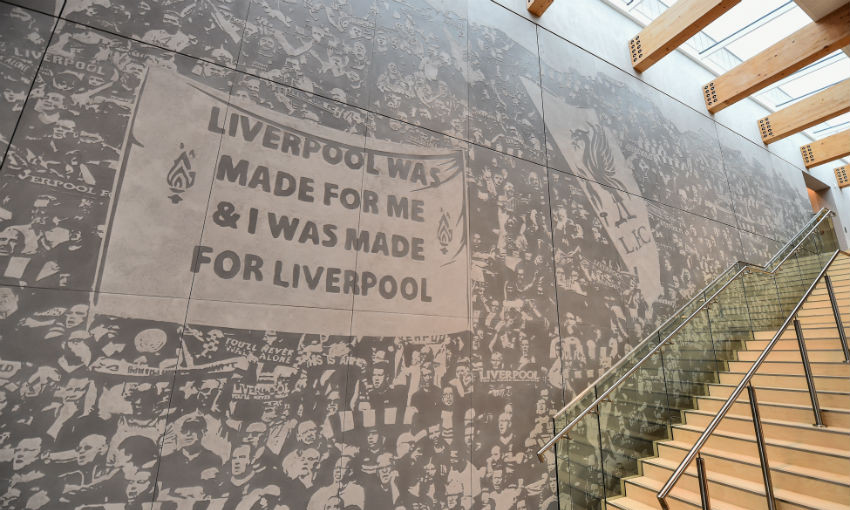 Alex Inglethorpe has outlined how the cultural qualities of the city of Liverpool influenced the design of the AXA Training Centre.

The club’s Academy manager played a significant role in the planning process behind the state-of-the-art facility in Kirkby, which was officially opened on Tuesday.

During an interview for LFCTV’s forthcoming documentary, A New Beginning: Building the AXA Training Centre, Inglethorpe explains that ‘what the city stands for’ was a key consideration before decisions were made regarding how the new complex should look and feel.

“Clearly I’m not a Scouser, but I’ve lived here long enough now to have a better understanding of the city,” Inglethorpe notes.

“It’s a bit like when we try to build something at the Academy, I think it’s the same sort of principles - that it has to be representative of what the city stands for. It’s not flash but it’s stylish: hard work and graft, integrity, honesty and passion underpin everything.

“So, I think in terms of the materials used - concrete, wood, steel, glass, things that are fairly industrial, timeless - we felt that was important and I felt it was also important that red, our colour, should be used sparingly.

“It should be the red of the shirt which is most prominent and then the red that surrounds it should be used, as I say, with consideration. So, I think the direction to the architects was to try to create something which fitted the club, fitted the city and fitted the history and aspirations of the club going forwards.”

A New Beginning: Building the AXA Training Centre - a special documentary detailing the creation of Liverpool's new base and featuring exclusive interviews with Inglethorpe, Jürgen Klopp, Michael Edwards and key LFC personnel involved in the project - will premiere at 8pm GMT on Friday November 27 on LFCTV. Visit liverpoolfc.com/watch to subscribe.