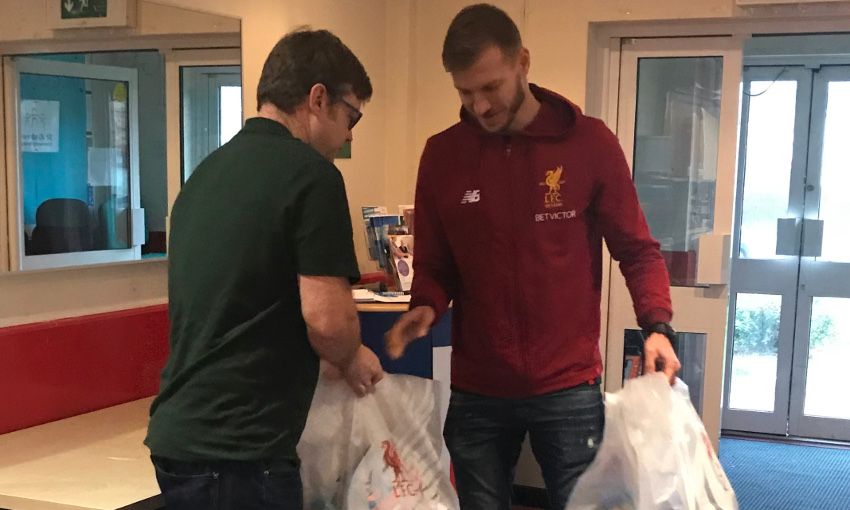 The Estonian handed over a number of essential items - which will be made into three-day emergency food parcels for local residents in need – before chatting to centre volunteers about the vital work North Liverpool Foodbank does within the Anfield community.

Food poverty and food education is one of the key focus areas of LFC’s Red Neighbours programme, working alongside the Fans Supporting Foodbanks initiative to tackle local food poverty.

Foodbank collections take place at every home game at Anfield; supporters attending matches can drop off any non-perishable food donations and toiletries at the foodbank collection points, which are open three hours before kick-off and located on Anfield Road, next to the club’s Family Park, and inside the new LFC Anfield superstore.

So far this season, matchday donations have totalled over 3,675kg – feeding roughly 1,150 families in need in North Liverpool.