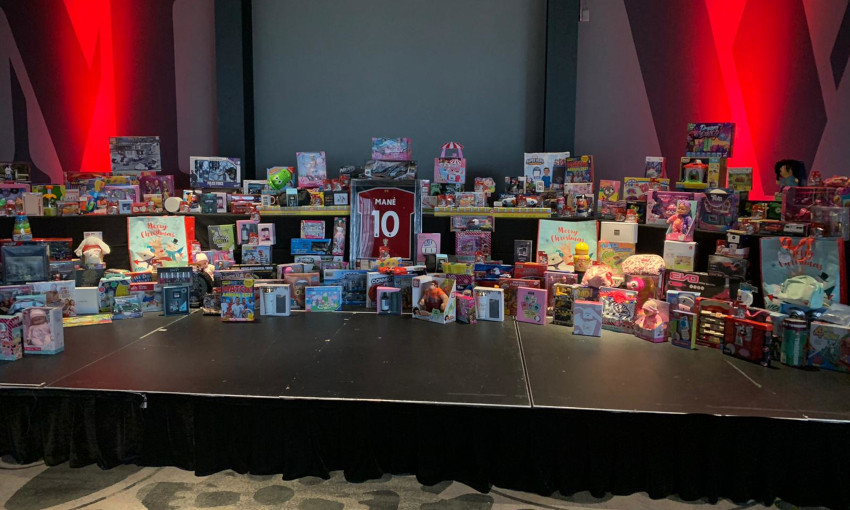 As part of Liverpool FC's Operation Christmas Magic campaign, the club supported Radio City Cash for Kids: Mission Christmas to ensure no child would wake up on Christmas Day without a gift.

The festive initiative raised more than £1.3 million in total, with the club donating 1,750 gifts and contributing more than £5,000 of donations from its own fundraising activity.

The club also reached out to the wider LFC family, who donated new and unwrapped gifts at official stores in Liverpool and Chester. All donations were provided to children living in the Liverpool City Region, who would have otherwise woken up on Christmas Day without a toy or gift.

The team behind charity Cash for Kids’ annual campaign, Mission Christmas – the largest Christmas toy appeal in the UK – work hard ensuring that gifts will reach the homes of the children who need them most. The charity works with many local grassroot organisations as well as social workers, head teachers and the emergency services, who nominate families in crisis to be supported by the appeal.

The final total was announced by Radio City’s breakfast presenters, Leanne and Scott, with a staggering £1,320,388 raised in gifts and donations.

Forbes Duff, Red Neighbours senior manager, said: “At LFC we were delighted to support and work alongside Radio City Cash for Kids: Mission Christmas with our own Operation Christmas Magic campaign.

“Thank you to everyone who donated toys or funds online to support such a much-needed campaign over the festive season. It’s helped so many local families.”

Laura Charlton, charity manager at Radio City Cash for Kids, said: “I am so overwhelmed with the response from our community.

“The club and LFC Foundation have provided so much support to this campaign, volunteering to pack toys for local children in our warehouse, collecting toys in their stores, donating over 1,750 gifts, as well as fundraising over £5,000 for our Mission Christmas campaign.

“This has meant that we were able to fulfil every application that came through to us this year. We are so grateful and really value their partnership. YNWA.”