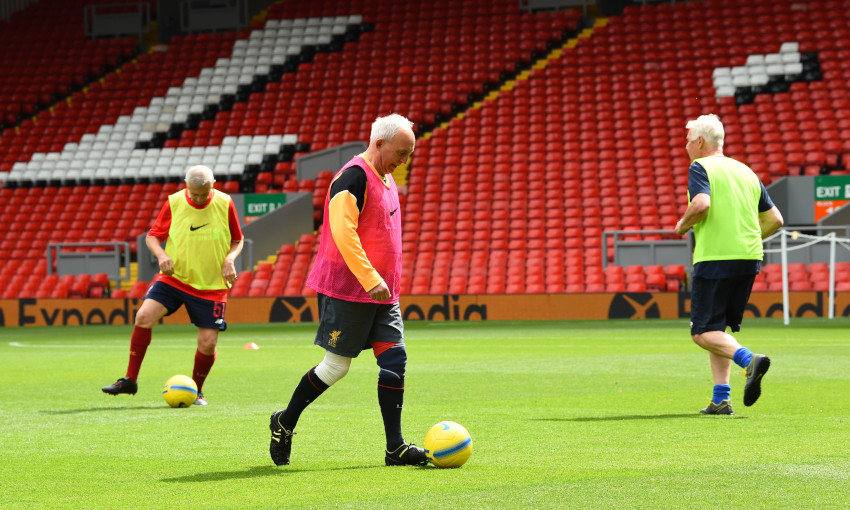 Red Neighbours' walking football participants had the opportunity of a lifetime recently when they played together at Anfield.

Sixty gentlemen from Red Neighbours’ walking football sessions in Anfield and Kirkby swapped their usual community venues to attend the Reds’ stadium and play on the famous pitch over two days.

The group also paid respects to members of the walking football community who recently passed away, including an emotional tribute to much-loved player Dave Dargan.

Forbes Duff, senior manager, Red Neighbours, said: “Being able to host two matches at Anfield for our walking football gents was such a privilege. They had such a fantastic time and it is an experience I know they will treasure for a long time.

“It was also right that we took the time to pay our respects to our beloved members who we have sadly lost during the pandemic. We miss them dearly and wanted to celebrate their lives at Anfield.”

During the close-season, the club is hosting a variety of local grassroots and community teams, giving them the chance to emerge from the players’ tunnel to You’ll Never Walk Alone for a special experience.