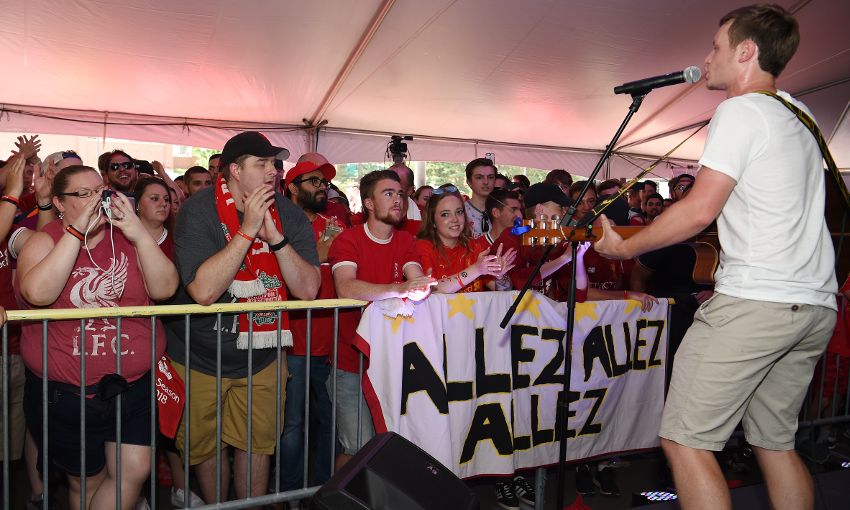 "They want to sing, dance, have a good time and feel like they are part of something."

With the help of Jamie Webster and the Liverpool-based BOSS Night project, that ethos was transported from Anfield to America last month when the Reds travelled to Charlotte, New Jersey and Michigan on their pre-season tour.

If the players were the headline act for most as they faced Borussia Dortmund, Manchester City and Manchester United in the USA, the fan events arranged around the games were the diary priority for many.

“The match is only a small section of the day. Whether we get beat 2-0 or we win 3-0, we’ll have a BOSS Night and the fans will be looking forward to it just as much,” explained Liverpudlian musician Webster, who has built a dedicated following in the city during the past five years.

From the EpiCentre in Charlotte to the Big Apple and the 107,000-capacity Big House in Michigan, supporters came in their hundreds to hear his tunes and those on the BOSS playlist – of “predominantly Liverpool-based bands” – overseen by Daniel Nicolson.

“We’re at a stage now where whether you’re from North Carolina or Asia or Australia, you can step into it as much as someone from Halewood, Bootle or Kirkby. We’re all part of this one big gang – but the Scouse culture is front and centre.”

The journey to this point began in 2007, when BOSS was launched as a magazine, a “platform for our culture”, with music and football naturally at its heart.

In recent years, however, the BOSS name has become instantly recognised for the post-match events held regularly at a warehouse at District in Liverpool’s Baltic Triangle and attended by growing numbers estimated as 300 to 500 people.

Its rise in popularity has chimed with the Reds’ resurgence on the pitch, with a new generation of fans experiencing the joy of a long run in European competition.

New places, new friends, new heroes and new songs. ‘Allez, Allez, Allez’ became the soundtrack, serving as the nucleus for a group of players and supporters in unison, driving Liverpool back to the biggest stage.

And although Jürgen Klopp’s team fell short against Real Madrid in the Champions League final in May, the scenes inside the fan event at Shevchenko Park during the hours before kick-off were unforgettable.

Untarnished by the result, too. 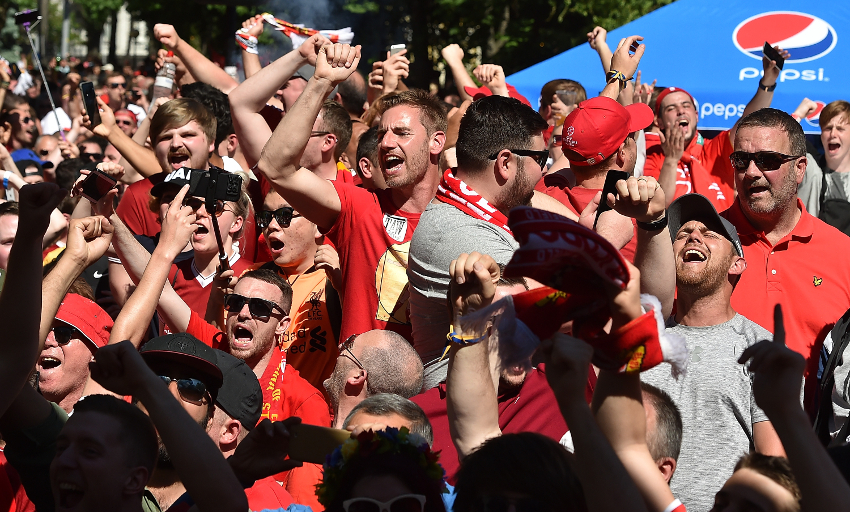 “Kiev was a huge success, probably much bigger than anyone had anticipated and there was a real feel-good factor around what happened that day in Shevchenko Park,” said Nicolson.

“After the dust settled, the conversation continued with the club about how we could do it again and what it would look like.

“The club has seen the success we’ve had and the culture that has come out of the BOSS Nights over the years and said: ‘Let’s pick that up and trust these lads.’

“It’s never a case of being asked to compromise or do anything different – we’ve been given free reign.”

And so it was that Nicolson and Webster were on board the team flight out to Charlotte last month, members of the travelling party for an eight-day stay in the States and a series of fan events – celebrations, really – at the locations visited by the club.

Their objective was simple: to spread the Scouse culture.

“We’re just normal working lads,” said Webster, an electrician, who was back to the ‘day job’ within 24 hours of returning home from the tour.

“I’m just a Liverpool fan who has got a lot of passion for music and for Liverpool, as a city and as a club.”

“If fans around the world want to adopt any little bit of that and do it in their own environment then good on them.” 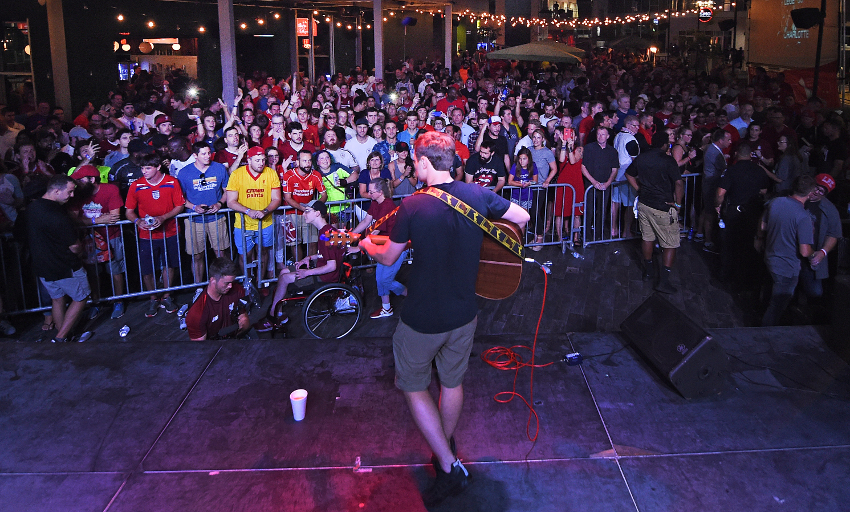 Their source material is in Liverpool but their scale is global.

Webster “didn’t even have my own signature” before the trip but had plenty of opportunities to practise when local Reds supporters sought his autograph everywhere he went in America.

After the event in Kiev, a request landed in Nicolson’s inbox from Bahrain: could he confirm the name of one of the songs he’d played in Shevchenko Park?

“For me, that’s what it’s all about. It’s not about me, it’s not about BOSS – it’s about getting that culture out there,” he said.

“The whole package of being able to bring it to people is something very special. This is what we do and if you want to be a part of it, come and join us.”

The Liverpool manager himself accepted that open invitation in Michigan.

After the team’s training session ahead of the International Champions Cup clash with United the following day, Klopp was alerted to an ongoing Supporters Club gathering inside the team hotel.

Webster was playing to a small crowd of fans when the gaffer gatecrashed the occasion.

Once he had recovered from the surprise, the musician began strumming the chords of ‘Allez, Allez, Allez’ and as the words kicked in, Klopp added his voice to the chorus.

“I tried to show my respect for the idea and all the things he has done since then. This song was a really big part of the final third of last season,” the Reds boss later explained.

It was a special moment and one that fulfilled their aforementioned objective.

“We’re just trying to demonstrate the sort of passion we have in Liverpool and spread it,” said the modest Webster before heading home.

Watch now: A BOSS Night with a difference...