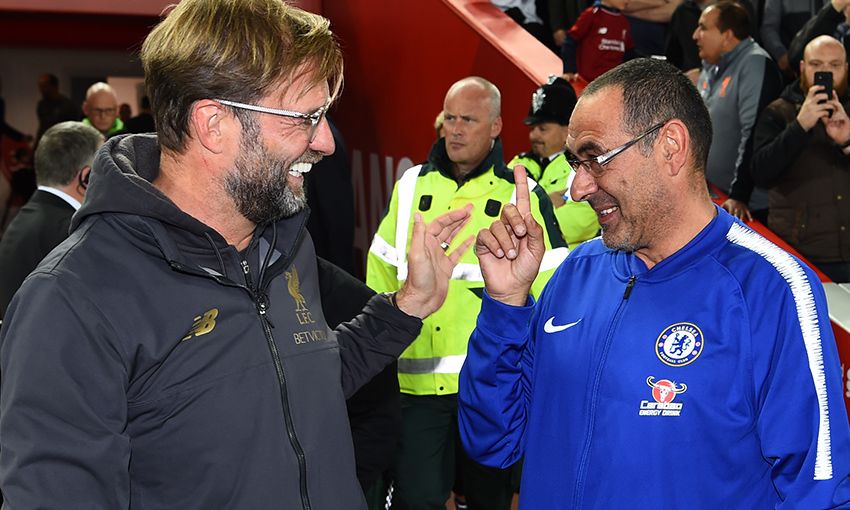 Chelsea handed Liverpool their first defeat of the season in Wednesday night's Carabao Cup clash and the two clubs go head-to-head again in the Premier League on Saturday.

Maurizio Sarri's men won 2-1 at Anfield in the third-round tie and now the Reds must travel to Stamford Bridge for Saturday's top-of-the-table encounter.

Leaders Liverpool have won six out of six in the league and sit two points clear of Chelsea, who had matched the results of Jürgen Klopp's side until last weekend's 0-0 draw at West Ham United.

The Blues got back to winning ways in the cup as both Klopp and Sarri made eight changes to their starting XIs, but what can we expect to see in Saturday's Premier League fixture in West London?

We spoke to Chelsea fan, writer, author and publisher Mark Worrall (@gate17marco) to get the lowdown.

First blood to Chelsea. What impact will Wednesday's win have on Saturday's clash? 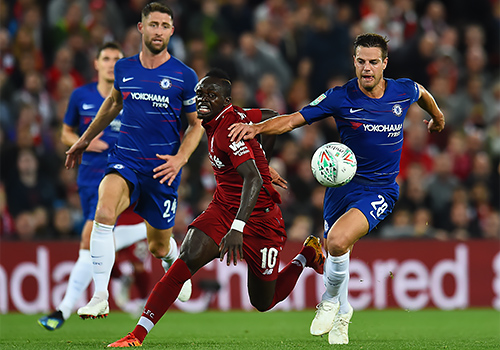 Psychologically it's a massive boost for Chelsea, especially given the very late reversal of fortune in the Blues' favour - coming from behind to win.

Going into this game, Liverpool had developed an aura of invincibility and so it was nice to learn that the Reds can be beaten ahead of Saturday's Premier League match.

Did anyone impress enough in the cup tie to keep their place?

Over the full 90 minutes, no. Emerson did a reasonable job at left-back and scored the equaliser, but he isn't an upgrade on Marcos Alonso. Similarly, in midfield Cesc Fabregas sprayed quite few Jorginho-like balls around in the first-half but became jaded in the second period and was culpable for Liverpool's goal.

Centre-back Andreas Christensen looked composed, but he too had an error-strewn second-half and David Luiz will be back in Sarri’s starting XI for Saturday’s game. Gary Cahill could keep his place, but that would depend on Antonio Rudiger being sidelined by the knock that forced him off against West Ham United.

How do you expect the Blues to line-up at Stamford Bridge?

It will be a case of as you were. Kepa in goal with a back four of Cesar Azpilicueta, Luiz, Rudiger, Alonso. In midfield, Jorginho, N'Golo Kante and Mateo Kovacic with Olivier Giroud leading the line flanked by Willian and Eden Hazard. 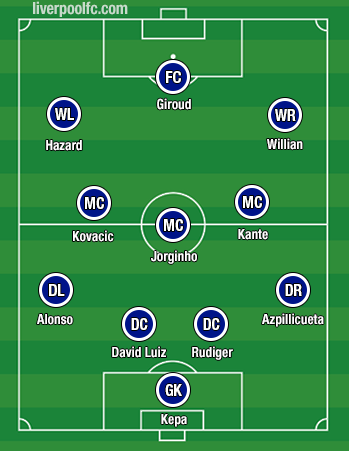 Victory would put Chelsea top of the league (at least jointly with Man City). Was the title a pre-season expectation? Is it now?

Pre-season, there were no title aspirations among the Chelsea faithful given the managerial upheaval at Stamford Bridge and the dominance of Manchester City. Now, the title is a nice idea, but still fanciful.

It’s interesting though that Manchester United, Arsenal and Tottenham Hotspur have all had stumbling starts and City too have dropped points. If Chelsea beat Liverpool on Saturday then it will be a sure-fire sign that anything is possible. We'll have to wait and see.

Tell us about Sarri's impact at the club...

Sarri's given the dressing room a lift and the players are genuinely enthused by the brand of football he wants to play.

Results have been excellent and supporters have bought into the Italian’s philosophy. There’s a really good vibe at the Bridge right now.

What is this Chelsea side's biggest strength? 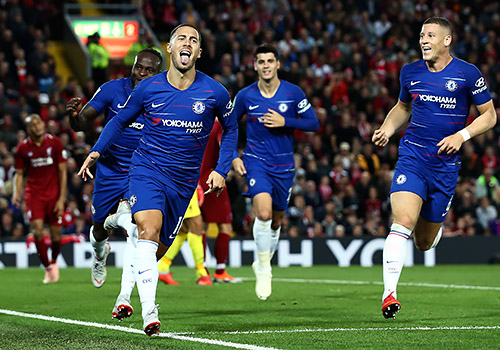 Chelsea aren't a one-man team, but Hazard is on a different level in respect of his ability to transform fortunes on the pitch, as Liverpool found to their cost on Wednesday night.

Sarri has given the Belgium international the freedom to do what he wants - something that previous managers have been reluctant to do. The Blues have drawn strength from this.

Defensively, the backline isn't as cohesive as it should be. There are concerns over Alonso and Luiz in this respect. Up front it’s the perennial problem: a striker - be that Alvaro Morata or Olivier Giroud - incapable of converting the chances that come their way.

Which key player battle could turn the game?

Assuming Hazard goes for it in his own inimitable fashion, he’ll be able to hold his own. Given what happened at Anfield on Wednesday night however, Liverpool boss Klopp must come up with a plan to stop Chelsea's star man.

What that will look like is anyone’s guess. If Klopp gets it right and snuffs out the threat of Hazard, then it could be advantage Liverpool.

Another exciting game is in prospect. Chelsea will have the belief they can beat Liverpool for the second time in a week and that along with the supremely talented skills of Hazard could be enough to see them through. Chelsea 2-1 Liverpool.