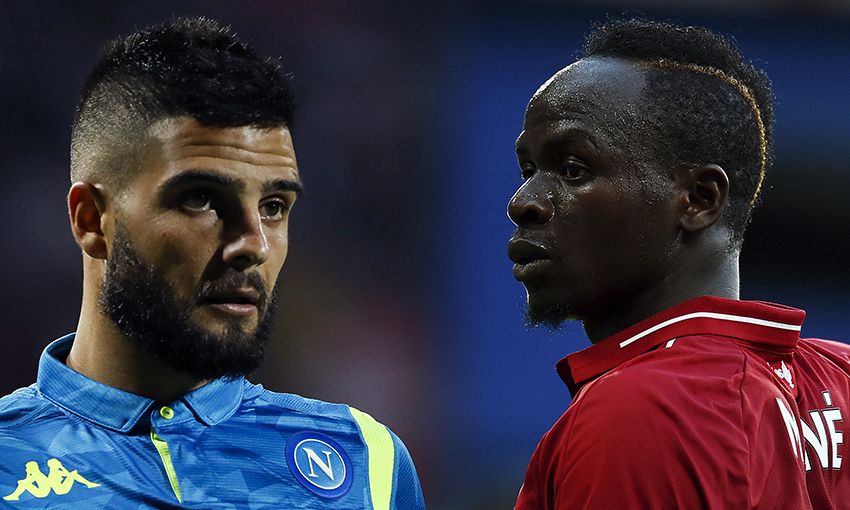 Liverpool are in Italy for Wednesday night's Champions League match against Napoli seeking to continue their winning start in Europe.

Here are three key battles that could help determine the outcome of the clash in Naples... 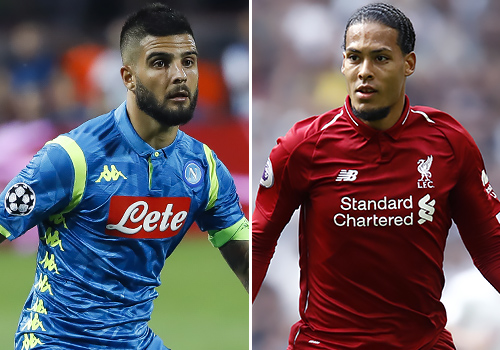 Shifted from the left to become a central striker - an echo of what Klopp did with Roberto Firmino at Liverpool - the 27-year-old has scored five goals in seven league matches for his hometown club this season.

Four of those have come in his new position as a second striker, a role which allows him to get more involved in the build-up and then time his runs into the box. He arrived at pace to score in his stride against Fiorentina and then notched three poacher's goals in the following two matches against Torino and Parma.

At 5ft3in, the diminutive Insigne is unlikely to pose an aerial threat to Liverpool's defensive colossus Virgil van Dijk, but his quick feet, trickery and penchant for a clever lay-off could certainly test the Dutchman on the deck.

However, Van Dijk is far from just a physically imposing centre-back. He is more than comfortable on the ball - leading the team with an average of 79 passes per match - and is an excellent reader of the game.

He has plenty of speed to call upon too, should he need it. The Netherlands international notably outpaced both PSG starlet Kylian Mbappe and Chelsea wide-man Willian to make recovery tackles recently.

Victory in this battle would go a long way to nullifying Napoli's attacking threat. 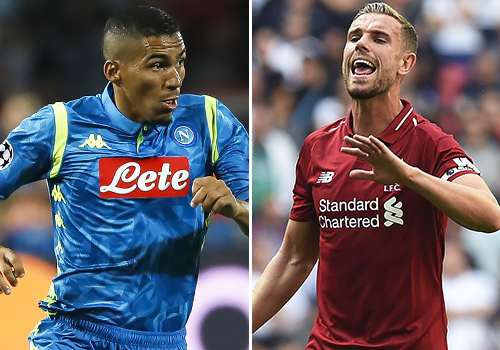 Only centre-back Kalidou Koulibaly has played more minutes for Ancelotti's Napoli than Allan.

Now in his fourth season at Stadio San Paolo, the 27-year-old defensive midfielder has become the lynchpin of the Partenopei’s pressing game and technical build-up play following Jorginho's departure for Chelsea this summer.

Allan leads Serie A with an incredible average of 4.6 tackles per game but is also more than adept at bringing the ball up the pitch when in possession. This season, he averages a team-high 2.3 dribbles per game, has a pass completion rate of 91.7 per cent and has chipped in with two assists.

His impact on this Napoli side is clear and the man tasked with counteracting that influence is likely to be Liverpool skipper Jordan Henderson.

Eased back into action this season following his run to the World Cup semi-finals with England during the summer, the Reds central midfielder was outstanding in the 3-2 win over PSG.

Playing at the base of Klopp's central-midfield trio, Henderson dictates play with a wide range of passing and his completion rate of 91.8 per cent more than matches his opposite number.

Whoever wins the battle of the metronomes could dictate the tempo of the tie. 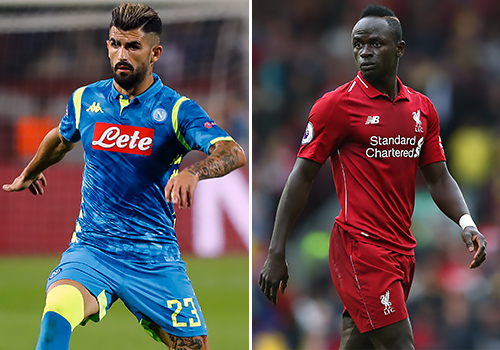 Right-back Elseid Hysaj is likely to face a test on the counter-attack when he comes up against Sadio Mane.

The Senegal international has been clocked as Liverpool's fastest forward this season at 34.5 kmph and his movement and speed are a key feature of the Reds' fast-paced breaks.

Mane, who has netted four times already this season, tends to come alive in the Champions League and has scored six strikes in his last five European away games for the Reds - including a goal in Rome on his last trip to Italy.

With the LFC No.10 ably assisted on the flank by overlapping full-back Andy Robertson, Hysaj is sure to have his hands full.