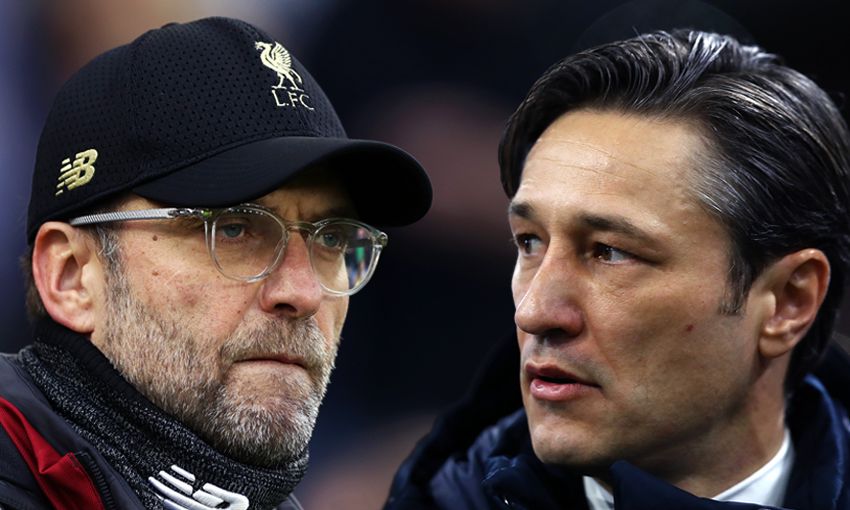 Two of the most successful sides in the history of the European Cup go head-to-head on Tuesday night as Liverpool host Bayern Munich under the Anfield floodlights.

Each club has won UEFA's flagship competition on five occasions, but only one will make it through to the quarter-finals of this season's Champions League.

Both sides head into the last-16, first-leg clash embroiled in a title charge in their domestic leagues. Bayern Munich are three points behind Bundesliga leaders Borussia Dortmund and Liverpool trail table-topping Manchester City on goal difference, with a game in hand.

Jürgen Klopp's Reds have had a 10-day gap ahead of this match with the manager taking his squad away to Marbella for a training camp.

Meanwhile, Niko Kovac's Bayern were in league action on Friday night, when a Leon Goreztka own goal after just 13 seconds - the fastest in Bundesliga history - saw them have to come from behind to beat Augsburg 3-2 on the road.

The Die Roten boss, who succeeded Jupp Heynckes in the summer, named what is predicted to be roughly the same starting XI against Liverpool - providing two-goal hero Kingsley Coman recovers from an ankle knock - and could have won by a greater margin at the WWK Arena.

So, what can we expect from the German side at Anfield on Tuesday? We caught up with Karlheinz Wild, Kicker's Bayern Munich chief reporter, to find out...

How has Kovac changed Bayern Munich? 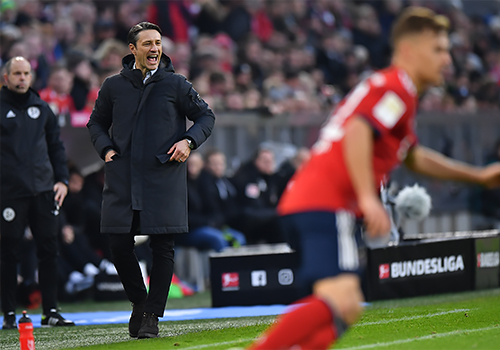 Following on from famous and experienced managers like Heynckes, Pep Guardiola and Carlo Ancelotti, Kovac had to find his own way.

In the first weeks and months he was very liberal with his approach towards the players. But following the crisis in the autumn, he changed that style.

For example, he is now consistent concerning the line-up. The rotation is over and star players like Thomas Müller or Jerome Boateng are often left sitting on the bench.

Until now the team have not succeeded in stopping counter-attacks and the defence can still be very open. Kovac and his team are still looking for the perfect balance in their play.

In the Bundesliga, Bayern dropped six important points against teams in the bottom half of the table - drawing 3-3 with Fortuna Düsseldorf, 1-1 against Freiburg and 1-1 with Augsburg.

Bayern are now second in the Bundesliga. The blip of November 2018 is over, but the team is not stable.

Arjen Robben said Liverpool were "perhaps the worst possible draw" for Die Roten. Would you agree?

Thomas Müller will be suspended for the match; how will that impact Bayern's approach?

Müller is a good goal-getter, playing behind or beside the striker Robert Lewandowski. He works a lot for the team and has a good feeling for open spaces.

However, his performances in the last year have not been consistently good, he's lost his great form. James Rodriguez is a good replacement, with a great left foot and an accurate, hard shot.

Who has been the star of the side this season? 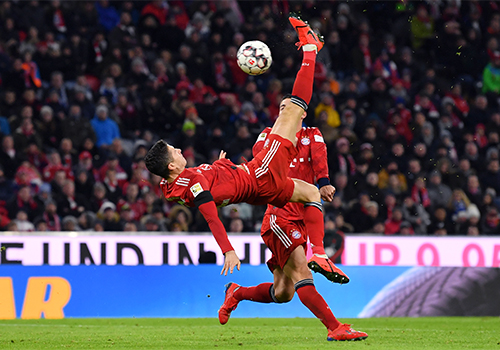 Lewandowski. He has eight goals in the Champions League this season - more than any other player in the competition - and is a leader in the team.

And who has emerged as the driving force of Kovac's Bayern?

Leon Goretzka, who joined from Schalke 04 in the summer, brings a lot of energy to the midfield, from box to box. He is able to score goals, has a strong shot and is good in the air.

Thiago is a perfect technical player, but he has to show his big technical quality in the big games.

Right winger Serge Gnabry is quick and scores goals, Coman on the left side is very fast and has a wonderful dribbling ability.

What have you made of Liverpool's season so far?

I watched the last games against Manchester City, West Ham United, Leicester City and Bournemouth. The team seemed to be a little tired after the busy Christmas schedule, but now the players are fit again.

The big question is: what does it mean that Virgil van Dijk will not play in the first game?

Overall, their direct and fast passes in the last third of the pitch are great and very dangerous. And it is amazing when Mohamed Salah, Sadio Mane and Roberto Firmino are combining well. 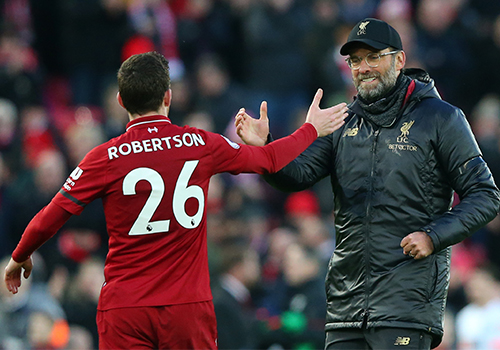 What do you think of the job Jürgen Klopp has done?

It is no surprise, because he is a great manager who loves and lives football.

Klopp is doing a very good job at Liverpool, as we saw last season when they reached the Champions League final against Real Madrid.

He has imposed his style of playing - aggressive, pressing, counter-attacks, a lot of running and passion - on the team.

Which one Liverpool player would you like to see in a Bayern shirt?

How do you expect Bayern to line up? 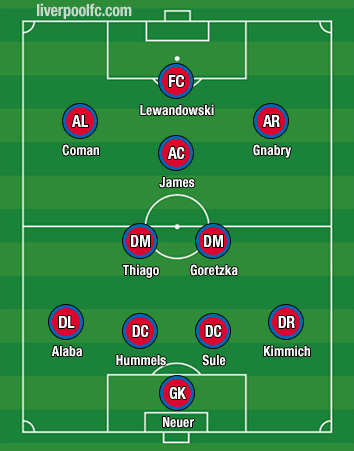 I think we will see some goals. Liverpool will win 3-2.