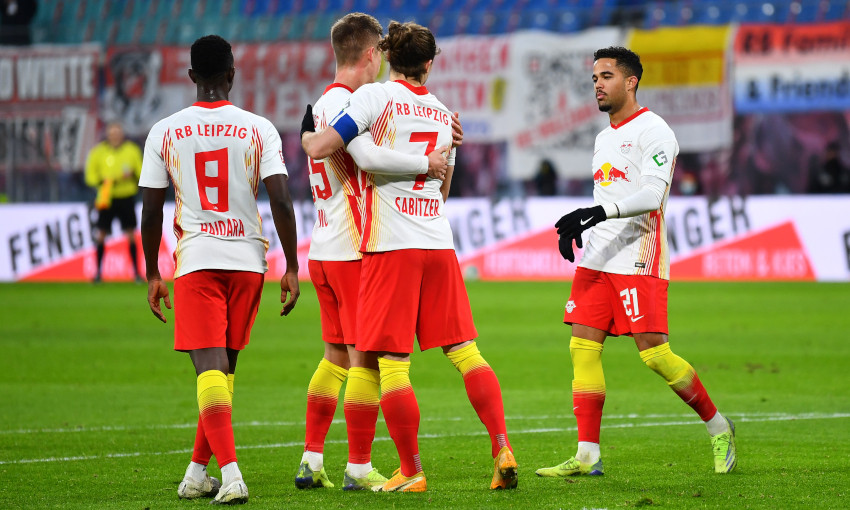 Time has passed slowly for most of us over the last 12 months, but not RB Leipzig.

This time last year the Saxony-based club, who began life in German football’s fifth tier just 12 years ago, had not yet featured in a Champions League knockout tie or played a competitive game against Premier League opposition.

Since then, Julian Nagelsmann’s side have rather neatly rolled both achievements into one, eliminating Tottenham Hotspur and Manchester United – en route to last year’s semi-finals and this year’s last 16 respectively – and will now meet Liverpool in tonight’s first leg at Puskas Arena in Budapest. 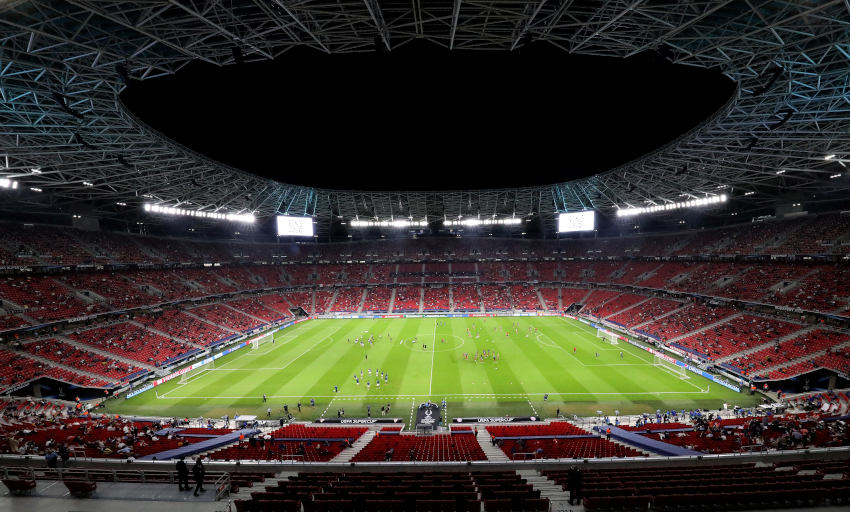 Along the way they have also emerged this season as the leading threat to Bayern Munich’s ambition of a ninth consecutive Bundesliga title, despite losing two players responsible for 44 of their 107 goals in all competitions last season – Timo Werner and Patrik Schick – with RB trailing Bayern by five points.

“Even though Bayern Munich are well on course to win that ninth title in a row, you’d still say that RB Leipzig are playing a good season,” says Archie Rhind-Tutt, German football reporter for ESPN.

“The fact that they’ve dropped points in games against bottom three/four sides is what’s stopping them being in touch with Bayern, but that also says something about the standards you now have to hit in German football. Perhaps since Jupp Heynckes’ treble-winning side, and definitely since Pep Guardiola came, German football has become about: you need to win every game if you want to beat Bayern.

“So it needs the contextualisation of that and the fact they lost over 40 goals in the summer with Schick going to Bayer Leverkusen and Werner going to Chelsea. It’s not like strikers have come in and replaced them, goals from all around the team are what’s sorted that out.”

Scorelines such as their last two in this season’s Champions League group stage – a 4-3 win at Istanbul Basaksehir and 3-2 home defeat of United – could give the impression that Leipzig favour topsy-turvy, attacking football, but their results in the Bundesliga, where they have the best defence and are the joint-sixth highest scorers, suggest otherwise.

So, how do you pin down the exact tactical character of a team that changes system and rotates line-up in nearly every game, and whose manager, unusually for someone in the vanguard of cutting-edge modern coaching, describes formations as ‘only numbers’? 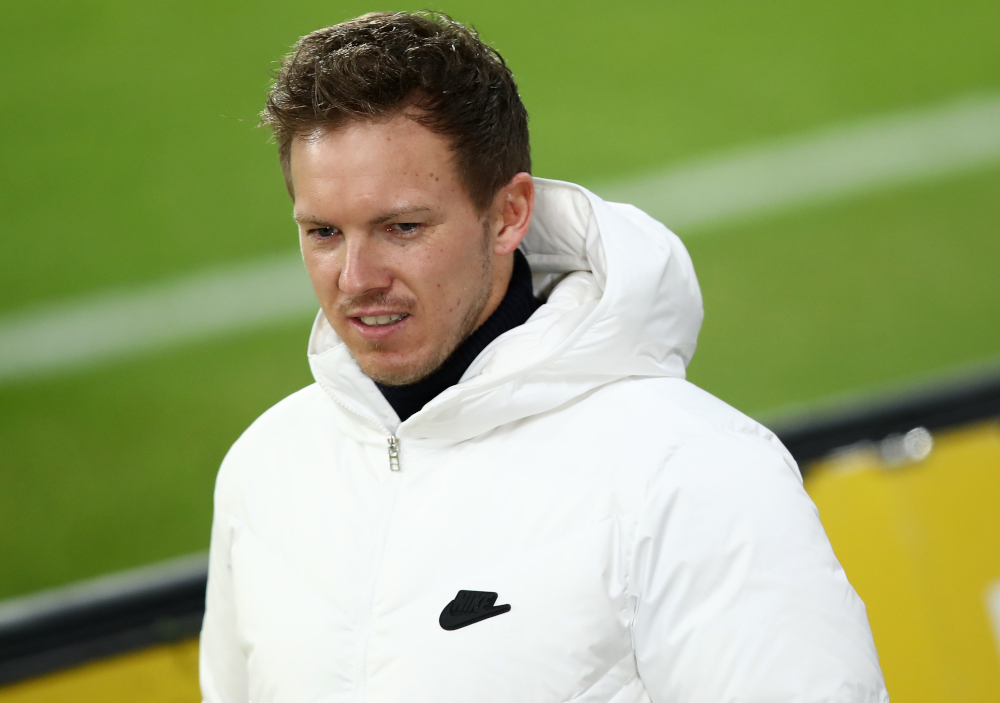 “They’ve got a lot of strings to their bow,” continues Rhind-Tutt. “The thing that really strikes me about Leipzig this season is how strong their one-touch play is, with Dani Olmo and Angelino in particular, and I’d say that’s the difference that separates them from the pack of teams behind them and puts them closer to Bayern – their ability to attack with incision and speed. Not every team can do that, particularly because if you’re Leipzig, as with Liverpool, you often face teams that are more interested in stopping you winning than beating you.

“Going up against Jürgen Klopp’s Liverpool over two legs is a different equation, and the question is can they cope? Until January the only top-six contender Leipzig beat in the Bundesliga this season was Union Berlin, but in their biggest game so far domestically, 3-3 away to Bayern, I would say Nagelsmann very much had Hansi Flick’s number.

“He has lots of players who can play different roles, and I think the way they interchange is one of the things Klopp will be wary of. It’s not like, ‘we need to mark so-and-so’, whoever is taking up an attacking position needs a close eye kept on them.”

Nagelsmann’s exploits have been widely reported ever since he got the Hoffenheim job aged just 28, and even now, with more than four seasons of top-flight experience under his belt, the former 1860 Munich defender still comfortably skates under the average age of a Bundesliga manager by 16 years, at 33. The temptation to portray this tie as a battle between arguably German football’s greatest coaching export and its rising star will inevitably be strong in some quarters.

“The narrative here, in TV and in print, is very much Klopp against Nagelsmann,” notes Rhind-Tutt. “It’s a pretty easy starting point and you can understand why, there’s a ‘master versus apprentice’ feel to it, but even calling Nagelsmann an apprentice is a little disrespectful, he’s very much a leader in German coaching and I think it’s clear he will work in the Premier League at some point in the future. He’s developed quite a bit since Hoffenheim’s ties against Liverpool in 2017, the ideas are still the same but it’s about how you implement them, and he’s got better weapons in his armoury now.

“What I can say is, Liverpool are the biggest story in town over here, as much as my Manchester United-supporting friend may not like to hear that! They are everywhere, I see Jürgen Klopp’s face beaming out at me everywhere I go, and I live in Cologne, which is not exactly Klopp country. Liverpool’s following over here is large, people will have been following their recent form, so there will be no surprises in terms of how they line up because the attention focused on Klopp here is so big.”

Leipzig’s defence is marshalled by the highly-rated Dayot Upamecano, while Marcel Sabitzer is a formidable provider of goals and assists from midfield, but beyond that the names to watch out for are familiar ones. Like Angelino, the left-sided Spanish ‘defender’ who has scored eight goals already this season, and Budapest native Peter Gulacsi, a goalkeeper who was on Liverpool’s books from 2007 to 2013 without making a competitive appearance.

“I’d say ‘left flanker’ is probably a more accurate description than left wing-back for Angelino – the left side of the pitch, that belongs to him!” says Rhind-Tutt. “He’s maybe not been as influential since the turn of the year, his best run of form was before Christmas, but still, an incredible talent. His technique is terrific and his ability to strike the ball so cleanly first time – as David de Gea found out at the Red Bull Arena in December. He’s a wonderful player to watch.” 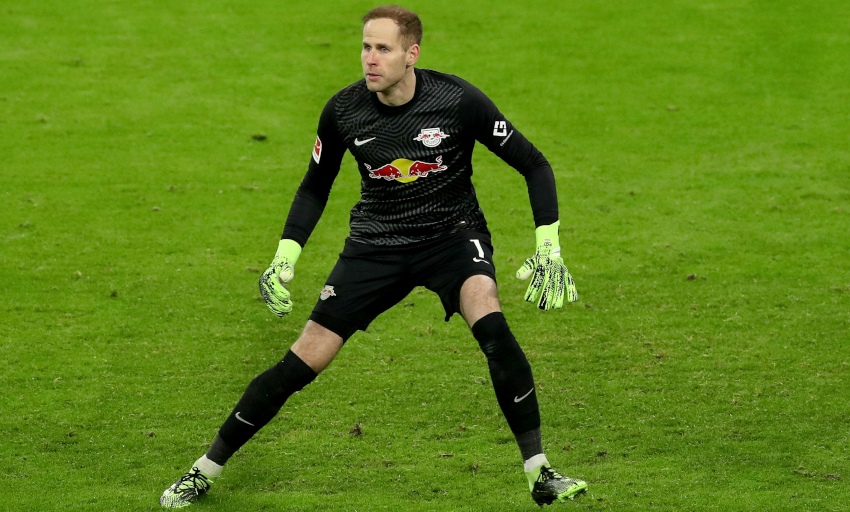 “He’s very down to earth and will always open up and be honest in interviews. You just have to look at the big save he made late on against Leverkusen recently, or against Manchester United in the final minute of stoppage time – they wouldn’t even be playing Liverpool had he not got his foot out to prevent that own goal.

“He has become the man for the big moment, and they talk about him in glowing terms in Leipzig. This is a guy who was not even necessarily bought to be their first-choice goalkeeper when he arrived in 2015, so, whilst I would not like to demean Hereford United and Tranmere Rovers, he has come a long way since those spells out on loan from Liverpool!”