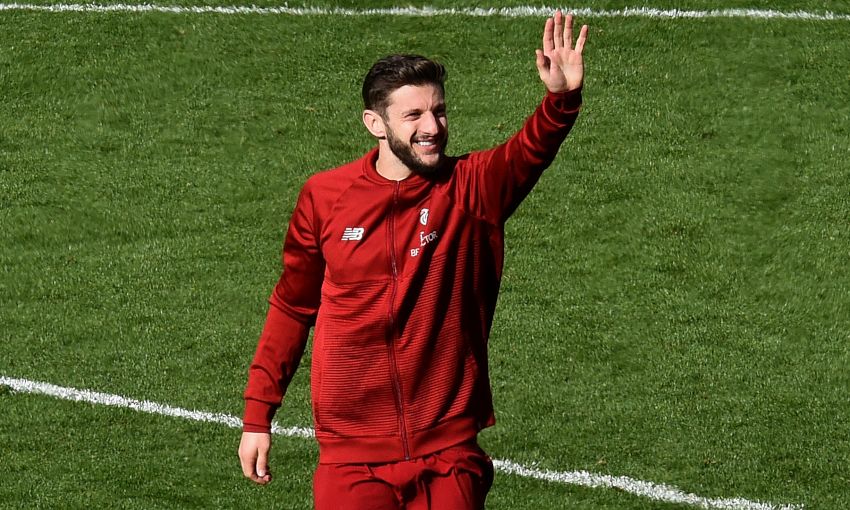 Liverpool kept up the pressure on Manchester City at the top of the Premier League table with a 4-2 victory over Burnley at Anfield on Sunday.

Fighting back from a goal down, Roberto Firmino and Sadio Mane both netted twice, while the returning Adam Lallana drew plaudits for an influential performance.

You learn a lot about a team on days like this. As the rain lashed down and the wind wreaked havoc inside Anfield, Liverpool simply refused to be blown off course. Lallana deservedly walked away clutching the man-of-the-match award after putting in a tireless shift. He set the tone with his pressing and gave Liverpool's midfield a much needed creative spark. Win at lowly Fulham next weekend - when City are preoccupied with FA Cup duty against Swansea - and Klopp's men will be top of the Premier League table for the international break. It's no longer in the Reds' hands. After three months as the hunted, they are now the hunter, but this title race is still very much alive and kicking. With eight games remaining, Liverpool aren't going quietly. They just need to keep taking care of their own business so that if City stumble they cash in. It promises to be a thrilling finale.

The desire shown in creating Liverpool's second goal said everything about why the Reds' No20 is so loved by his manager, but there was so much else to admire about his showing. Lallana was a bundle of energy between the lines, showing the touch and vision that established him as a key man before an injury-hit 18 months. The 30-year-old still has plenty to offer. Mane's brace against Burnley stretched his goalscoring run at Anfield to six straight Premier League games. The Senegalese joined some esteemed company in achieving a feat that only Mohamed Salah, Luis Suarez, Fernando Torres and Michael Owen have previously managed.

Liverpool have added another option to their armoury with the return of the England playmaker as they seek to keep up the pressure on Man City. Lallana over the course of the last eight games can help bring another dimension to Liverpool's play. While his contributions on the ball were clever and creative at times against Burnley, it was when becoming the first line of the press that Lallana did his best work. No player regained possession more for Liverpool during Lallana's time on the field nor made more tackles and it was his brave interception off a Burnley clearance which helped put Sadio Mane in for the crucial second goal.

Arriving timely on the scene was Lallana. He had been "exceptional" in training, said the Liverpool manager, and he carried his Melwood form straight onto the Anfield pitch in Liverpool's 4-2 win against Burnley. His passing was effortless and precise, but best of all for Klopp and Liverpool, he took some of the attention away from the front three and allowed them to attack Burnley with the power and pace that makes them so feared. He had a part to play in both early goals, creating Mane's strike with a block to set Liverpool through on goal, and a fine performance was acknowledged when the English midfielder was given a standing ovation as Keita replaced him in the 77th minute. Lallana's return to the side could hand the Reds a vital boost ahead of the crucial title run-in as they hunt down City in search of a first Premier League title.

The view from Burnley: 'The European dream is still alive'

The view from Burnley: 'We will look to frustrate you'