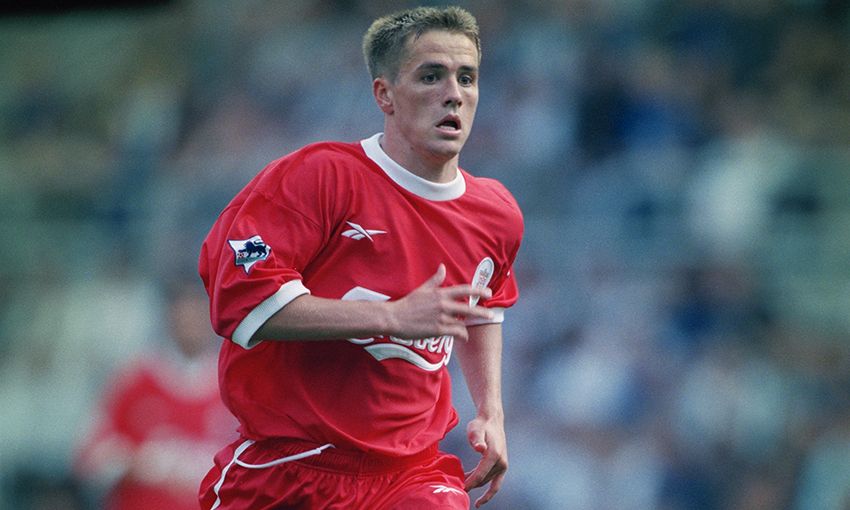 Michael Owen scored a first-half hat-trick as Liverpool beat Newcastle United 4-1 at St. James' Park in August 1998, but can you remember the full starting XI for that Premier League clash?

The swashbuckling Reds were ahead on Tyneside after just 17 minutes when Owen pounced to squeeze a shot inside the near post after goalkeeper Shay Given had punched a 25-yard drive from LFC's No.17 that day out to the left of his goal.

Owen - the star of England's World Cup campaign at France '98 just a few months earlier - doubled the lead a minute later by calmly slotting through the legs of Given after collecting a clever through ball from Steve McManaman.

Newcastle, who had lost future Reds midfielder Dietmar Hamann to injury early in the match, struck back through Stephane Guivarc'h but Toon hopes were dashed just four minutes later as Owen completed his hat-trick. 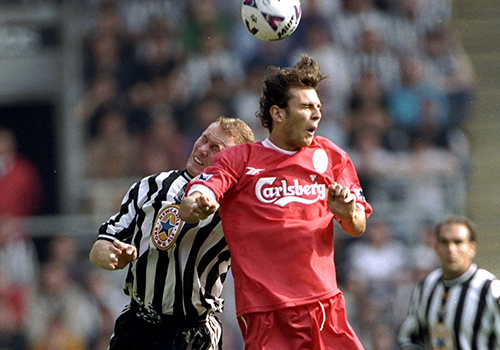 The LFC No.10, now brimming with confidence, was sent clear by German strike partner Karl-Heinz Riedle, rode a challenge from Magpies defender Philippe Albert and flicked a chipped finish with the outside of his right boot over Given and into the top corner.

The game was all but over on the stroke of half-time when the Reds' No.15 dispossessed Toon full-back Laurent Charvet, drove forward and thundered a shot inside the far post to put the visitors 4-1 up.

Newcastle made a fight of it after the break, but Liverpool had already done enough to win the game and go top of the Premier League.

Owen's 15-minute treble took the headlines that day, but who else made up the first XI? Can you fill in the Missing Men below? 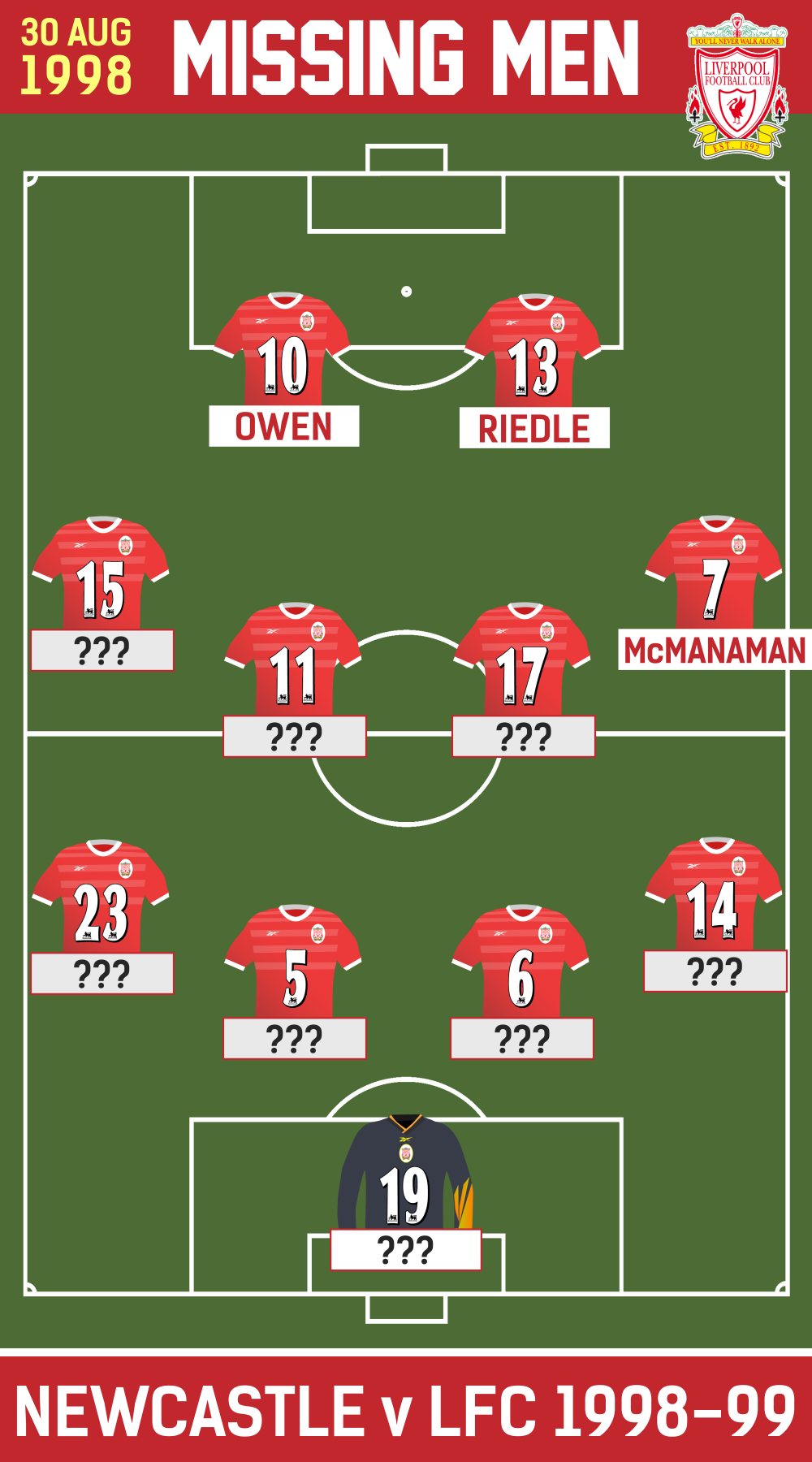 Click the Next button below to reveal the Missing Men...

Watch: Late winners, sublime skills and a goal from Alonso's own half