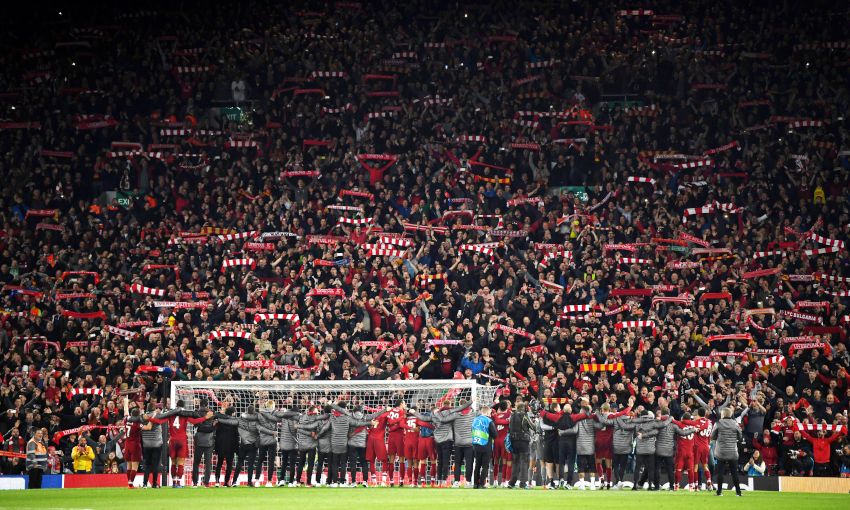 Liverpool's sensational comeback against FC Barcelona in May is undoubtedly up there with the finest produced at Anfield in the club's history.

Tasked with overturning a 3-0 deficit in their Champions League semi-final - and to do so without the services of the injured Roberto Firmino and Mohamed Salah - the Reds served up a masterclass of commitment and creativity to set up the chance to secure European Cup No.6 the following month.

Many have hailed the turnaround as Liverpool's very best of its kind on home soil and whatever your view, it's certainly an interesting debate.

Here are 10 other contenders in the Reds' comeback catalogue at Anfield... 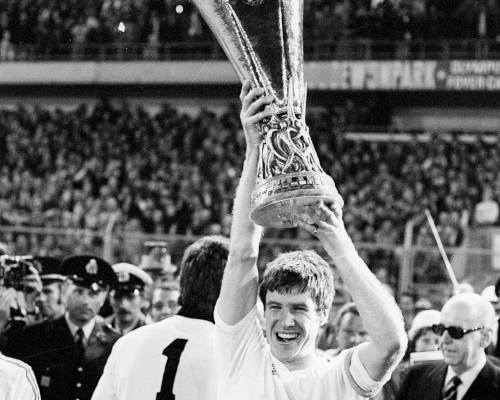 Things looked bleak for Liverpool when they fell two goals behind to FC Bruges after just 15 minutes of the first leg of the UEFA Cup final at Anfield. But Bob Paisley's side responded in fine style and an incredible five-minute period in the second half meant they took hold of the tie.

Ray Kennedy pulled a goal back in the 59th minute, substitute Jimmy Case then equalised two minutes later, and, on 64 minutes, the turnaround was completed by Kevin Keegan, who kept his nerve to put away a penalty and make it 3-2. His spot-kick would prove crucial.

In the return leg in Belgium, Keegan's free-kick helped secure a 1-1 draw on the night and ensure UEFA Cup glory for Liverpool. 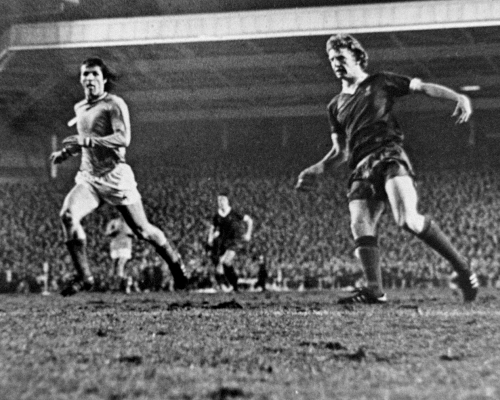 After the Reds had lost the opening leg of their European Cup quarter-final tie in France by a single goal, an expectant crowd of 55,043 packed into Anfield determined to play their part in a comeback.

Some have described what they witnessed that night as the greatest game ever seen at the famous ground and, for sheer drama, it has to be up there with the best.

Kevin Keegan sent the home crowd wild when he scored within two minutes of kick-off, but a brilliant strike from Dominique Bathenay put the aggregate score back in Saint-Etienne's favour.

Ray Kennedy levelled the tie on 59 minutes, however - and then it was time for David Fairclough. With six minutes left on the clock, 'Supersub' ran through on goal and kept his composure to slot home a dramatic winner and prompt deafening celebrations. 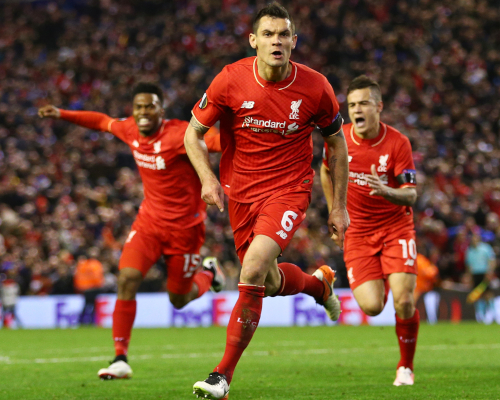 After a 1-1 draw in Germany, hopes were high that the Reds could make it another memorable night in front of the Kop, only for the visitors to strike a double blow with goals from Henrikh Mkhitaryan and Pierre-Emerick Aubameyang inside the opening nine minutes.

Though Divock Origi got Anfield believing again when he netted within three minutes of the restart, a brilliant goal from Marco Reus in the 57th minute meant Klopp's new charges needed three more goals to progress. And, somehow, they did it. 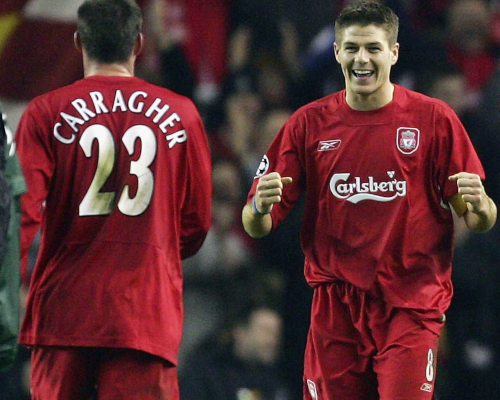 When Brazilian legend Rivaldo knocked home a free-kick to put Olympiacos in front, the configuration of Group A meant Liverpool had to win by two clear goals to secure a place in the knockout stages, meaning three were needed in the second half.

Within a minute of the restart, Rafael Benitez's Reds gave themselves a glimmer of hope as substitute Florent Sinama-Pongolle netted from close range. Another substitute then had a major impact on the result: Academy graduate Neil Mellor.

The striker set up a tense finish by hammering in a rebound on 80 minutes, and six minutes later he directed a cushioned header into the path of Steven Gerrard, whose unerring wallop into the far corner kept Liverpool on course for glory in Istanbul. 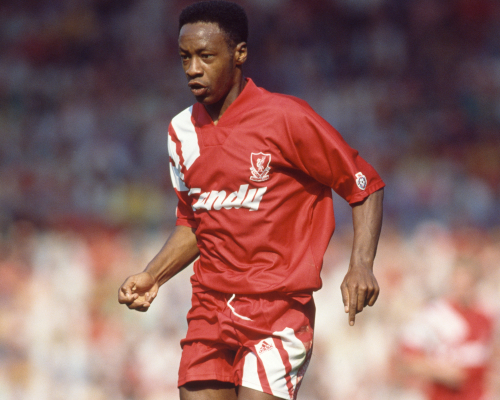 After a 2-0 loss to French side Auxerre in the first leg of their UEFA Cup second-round tie, the mood was low among Liverpudlians ahead of the decisive return meeting at Anfield.

But Liverpool's mission to overturn the deficit started perfectly as Jan Molby slotted in a penalty after just four minutes, and when Mike Marsh got his head on the end of a cross to make it two, belief grew.

And the comeback was completed late on - Molby fed a pass into Mark Walters, who drove on and tucked home the winner in front of the Kop. 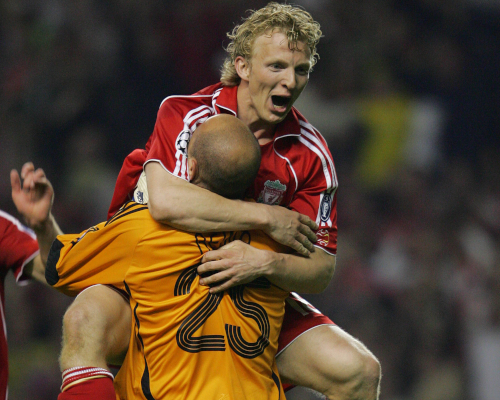 Two years on from the incredible night at Anfield when Luis Garcia sent the Reds to Istanbul, Rafael Benitez's men faced Jose Mourinho's side again in Europe.

This time trailing 1-0 from the first leg at Stamford Bridge, a superbly-worked free-kick saw Daniel Agger level the aggregate score on 22 minutes and begin a nail-biting wait for a moment to separate the rivals.

Ultimately, it had be decided by a penalty shootout and when Pepe Reina saved from Geremi, Dirk Kuyt stepped up to book the Reds a second Champions League final appearance in three years. 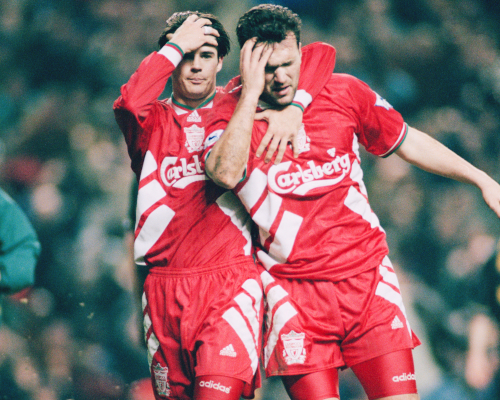 Nigel Clough and Neil Ruddock were the inspirations in a thrilling Liverpool comeback against their fierce rivals, who made a blistering start and were 3-0 up after 23 minutes courtesy of goals from Steve Bruce, Ryan Giggs and Denis Irwin.

But Clough struck back from distance and registered again just before the half-time break to reinstate belief among players and Kopites alike.

And, with 11 minutes left to play, a precise left-wing cross from Stig Inge Bjornebye was met by the head of Ruddock - who powered the ball beyond the goalkeeper for the last word of a classic. 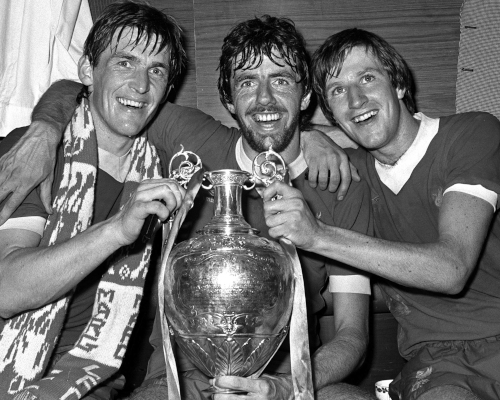 Trailing 1-0 at half-time to a brilliant strike from Glenn Hoddle, Liverpool needed to beat Tottenham Hotspur to clinch the title.

Former Reds stopper Ray Clemence received a wonderful ovation from the Kop when he ran out for the second half but there was no sentiment involved for Bob Paisley's charges as they ruthlessly secured the championship with a comeback.

Mark Lawrenson equalised on 51 minutes and soon it was 2-1 through Kenny Dalglish; and Ronnie Whelan made sure the title was bound for Anfield with a thunderous effort beyond the reach of Clemence shortly before full-time. 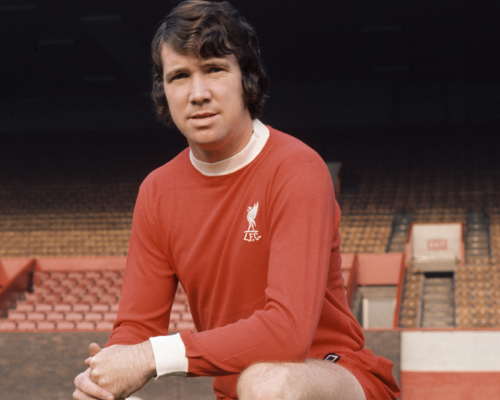 Chris Lawler was the Liverpool hero in a famous Merseyside derby comeback still talked about to this day.

The Blues side of November 1970 featured legends such as Howard Kendall, Alan Ball, Colin Harvey and Joe Royle, and after Alan Whittle opened the scoring on 56 minutes, Royle soon made it 2-0.

But Steve Heighway pulled one back with a brilliant solo goal, John Toshack hauled the Reds on terms, and with six minutes to go 'the Silent Knight' Lawler pounced to notch a memorable winner. 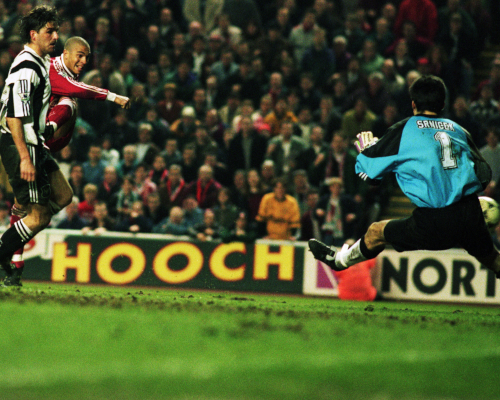 In one of the most iconic games in modern English football history, a Liverpool hero was left deflated as the Toon Army came unstuck in the last seconds at Anfield.

Kevin Keegan's Magpies were closing in on the title but, in a game that had so many twists and turns, it was the Reds who gave themselves an outside chance of pushing them and Manchester United close.

Robbie Fowler put the Reds into the lead after just two minutes, but goals from Les Ferdinand and David Ginola saw Newcastle go 2-1 up and, after Fowler levelled the score early in the second half, Faustino Asprilla restored the visitors' advantage.

However, the hosts refused to give in. Stan Collymore made it 3-3 and then, in stoppage-time, he drilled the ball beyond the reach of Pavel Srnicek to win the game. Keegan couldn't believe it and the image of the Liverpool great slumped over the dugout in sheer disbelief summed up a truly incredible night.