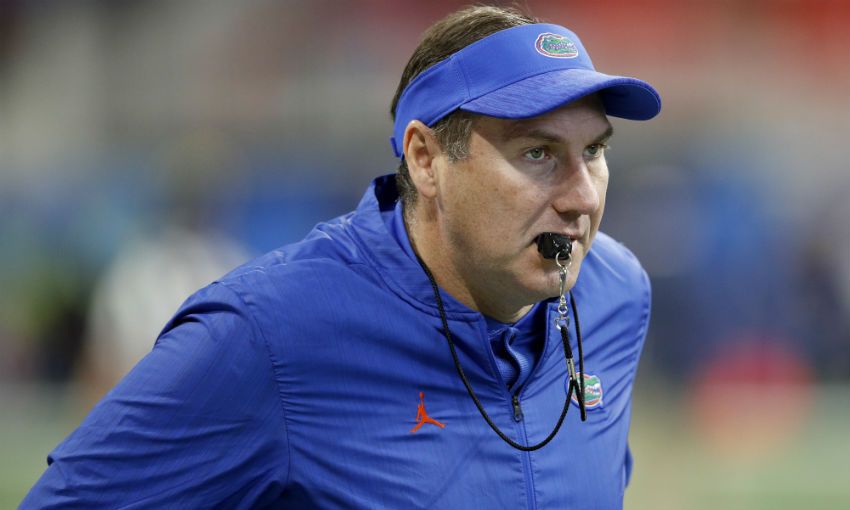 Never give in and next man up. If the Florida Gators American football team ever need those two fundamental principles reinforced, their Liverpool-supporting head coach won't have to look far.

For Dan Mullen, the Reds' Champions League semi-final second-leg victory over Barcelona in May – in which they overturned a 3-0 deficit without Mohamed Salah and Roberto Firmino – represents a perfect example of everything a good team is about.

Footage of that historic Anfield occasion may very well form part of one of Mullen's team meetings in the future.

"It could," he tells Liverpoolfc.com over the telephone from Gainesville. "To me, it's one of those where it's not over, no matter how many people thought, 'You really have no chances here'.

"Not only do you have no chance, your two top players are not going to play in the game.

"But that's OK if we play as a team, work, outsmart people. I think there are huge lessons you can learn from those things.

"As you watch you go, 'Hey, this team we're playing might have more individual talent – especially as we don't have some of our top players playing – but if we just focus on the task at hand and expect to win the game then you can win'."

Mullen may not coach the same type of football as Jürgen Klopp, but there's plenty of inspiration he draws from the European Cup-winning manager.

As he aims to turn Florida into regular national championship contenders, the trajectory Liverpool are on under Klopp is something he wants to mirror currently in the midst of his second year with the SEC outfit.

"Boy, one thing is that he has his system," the 47-year-old continues. "I think in all sports it's critical that, as a coach, you have a system that you like, but you're not afraid to tweak your system around the players that you have.

"He's passionate on the sidelines, he's fired up, he's in the games – I love that. I think the players feed off that.

"The biggest thing that you have to have, to have a successful organisation, is alignment. You can't have one person going in one direction and another going in another.

"That's one of the things that I've tried to do here. We went from four wins to 10 wins and finished one of the top 10 teams in the country.

"One of the challenges that comes with that is we're still working on the building process to build a championship team.

"I want to build a programme that consistently competes for championships that can withstand some ups and downs. To do that, you have to have great alignment.

"If you want inspiration of Liverpool on that, you look at the transfer period and how little they did. A couple of departures, but not really massive changes on the roster.

"That just shows you the programme, the team has been built to win consistently. From top to bottom, it's an organisation that is built to not just win one championship or freak out that we finished one point behind City." 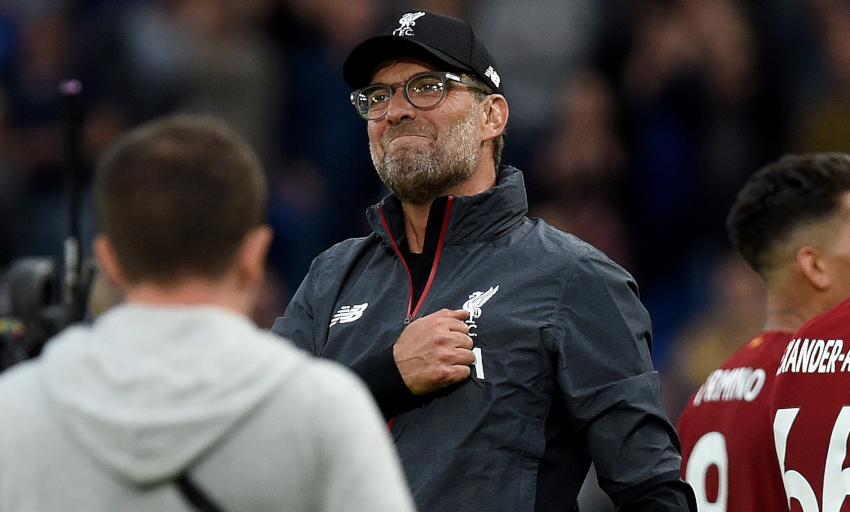 Mullen's admiration for Liverpool is long standing. His mother hails from north Wales and, having frequently visited the small village of Llay, he was naturally drawn to the nearest top-flight football club.

Despite holding a job with an unforgiving workload, he still manages to squeeze time in for a favourite pastime of his whenever he can.

He chuckles: "My wife is always like, 'You have one day to sleep in, why are you up at 6.30 in the morning watching a soccer match?'

"You know what's crazy? I'm not a fan of many teams. I love all Florida sports, any of our university teams, I love them. I kind of root for players, like guys I've coached in the past. But I'm a fan of really not that many teams.

"The two teams I'm probably fans of are the Boston Red Sox and Liverpool – they just happen to both be owned by the same family, which is kind of crazy.

"I consider myself a fan of those two teams because I get really excited when they win, I get kind of mad when they lose."

With that eye for talent, it means there's an obvious question at the end of this interview.

"Van Dijk would be tough because he's just got size, athleticism, speed and toughness to be there," he reasons.

"But I'll tell you what, I wouldn't mind putting Salah or Mane in the slot as a receiver, flip the ball out and see if anybody can grab a hold of them or if they're just too fast that nobody can even get their hands on them!"