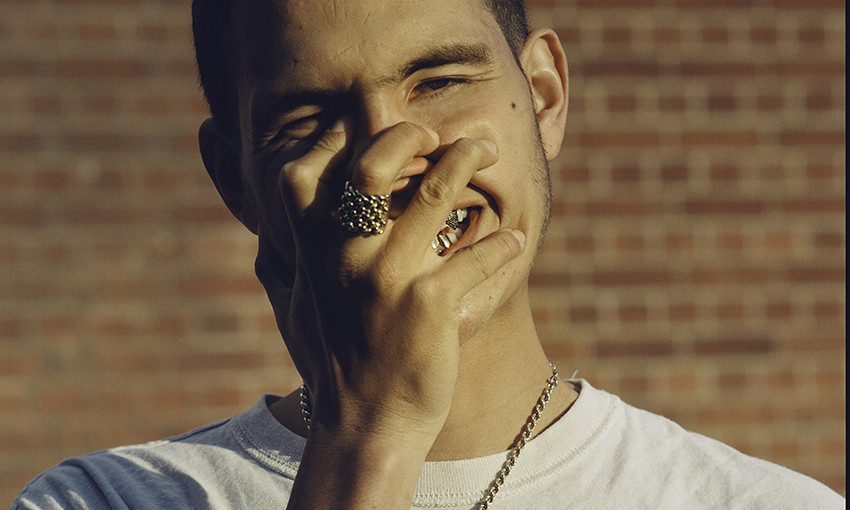 "There are aspirations in life and goals. You've got to just set them and stick to them. If you don't achieve them, go for them the next time and keep pushing for it."

Words that could have been uttered in the depths of Kiev's Olimpiyskiy Stadium in 2018 to help eventually propel Liverpool to Champions League redemption a year later in Madrid.

But they belong to critically acclaimed UK rapper Slowthai.

At 24 years old he has already hit one of those goals. In September, his celebrated debut album Nothing Great About Britain picked up the Mercury Music Prize nomination he had targeted when he first sat down to write it with his crew.

But there is another prestigious accolade for which he yearns. One that his own supreme talents are powerless to achieve.

Only Liverpool FC can deliver it.

Slowthai is a Red. 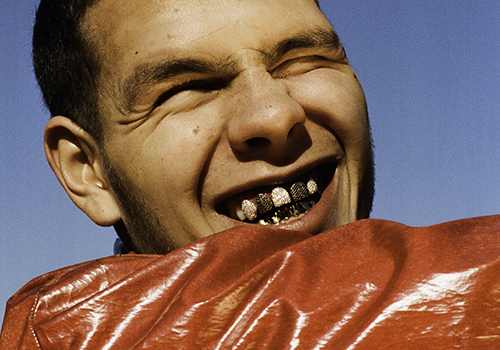 "It began through my stepdad," the Northampton-born musician expains to Liverpoolfc.com.

"He basically raised me, and he had family that lived up in Liverpool when he was a kid and it was passed down through the family. I didn't really have a choice. That's all I knew from when I was a little boy.

"They were always my team, man. I always loved Michael Owen and Steven Gerrard - that's who you wanted to be when you were a kid kicking the ball outside your house.

"I'd put Sadio Mane on the back of my shirt now. He's my guy. He's undeniable. I feel like he can be the best player in the world."

It's a typically enthusiastic outpouring from the instantly likeable and gregarious Slowthai, who speaks with the assured nonchalance of a young man totally confident in his own ability.

And it's no surprise really. Since the release of his EP I Wish I Knew in 2017, his often brutal take on modern Britain has been making people sit up and take note. 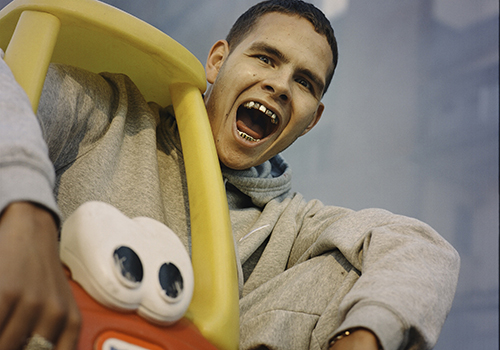 Raised on the Lings housing estate in Northampton - where he recently returned to shoot the docu-style video for Toaster and reflect on the highs and lows of his childhood - Slowthai is currently on his second tour of the USA having completed performances across the UK and Europe.

He has collaborated with the likes of Skepta, Tyler the Creator, Denzel Curry, Mura Masa and - as an artist who slips easily between traditional genre boundaries - has performed on the same bill as punk outfits Slaves and Idles.

This year's Mercury Prize nomination was recognition of his burgeoning talent and intriguing catalogue of music. And in that award-nominated archive of tracks is a nod to the club he supports.

His album song Gorgeous features an anecdote about one of his early trips to see Liverpool with his stepdad and though that outing didn't exactly go to plan (you'll have to listen to the track to find out why) Slowthai says football has been hugely important in his life.

"We had a football and we would play heads and volleys and all we would talk about is football: transfers, what's going on in the league, who's not and who's the top boy." 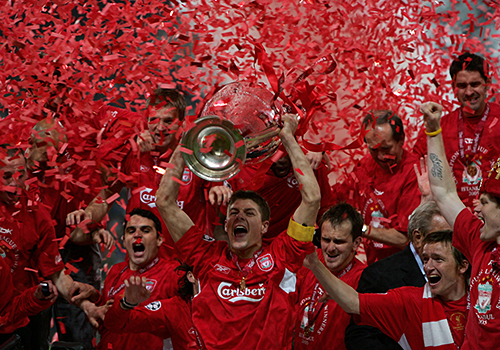 The debates raged, but it was always Liverpool for Slowthai.

"One of the earliest games I can remember clearly - because I was mad young - was Istanbul.

He laughs at the memory.

"Then it went to penalties and Dudek was the man, with his spaghetti legs. It was just that moment. And then lifting the cup afterwards, I felt that I was part of it. I felt like I went through all the emotions on that day."

Slowthai's focus shifted towards music as he grew older - performing and constructing his eagerly awaited tracks.

His efforts helped land a spot at the Primavera Sound festival in Barcelona on the first weekend in June, but he would have loved to have been somewhere else in Spain too. 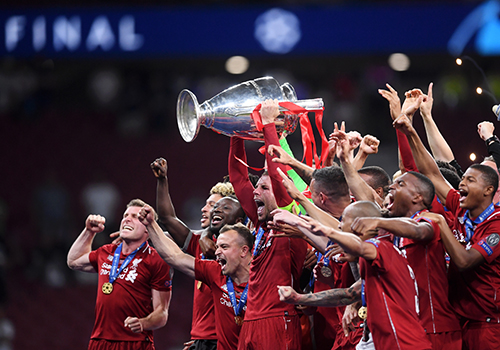 "I had a ticket to the Champions League final," he recalls. "It's been my dream from Istanbul - when I was sitting and watching it in front of the TV - that I'd like to go, but then I couldn't get the flight because I was performing at 4am in the morning."

This year's Mercury Prize nomination and subsequent performance at the prestigious ceremony was no small consolation for his sacrifice.

Being part of the event and mixing with fellow artists, such as eventual winner Dave, was the "greatest blessing" but he would love to win it one day: "I would be popping champagne until the cows come home."

Then it would be over to Liverpool to deliver on the rest of his life plan.

"I need that, and I need the Premier League title and then my life's complete and I can retire. That would be beautiful."

And with Liverpool currently sitting top of the table, Slowthai's hopes are high that the Reds can deliver a first league title since 1990.

Would there be a celebratory track in the pipeline if the Reds do triumph? 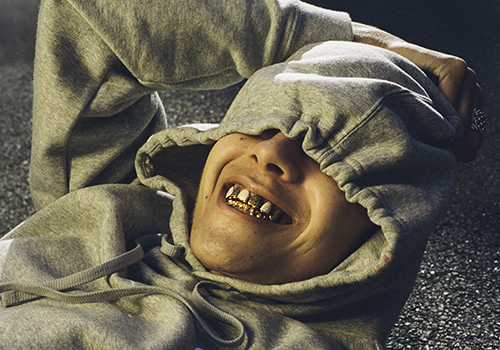 "Definitely! No doubt, man. I won't shut up about that! We have been the champions of Europe many a time now; we are the kings. We are the greatest football team in the world.

"With Klopp, he's the greatest manager, our team at this point in time is the best team.

"I'm ready. As soon as we lift that trophy - it's still early but I feel like we are going to have a proper strong season - as it gets a bit closer and we are there and we are lifting it, I'm there.

Listen to Slowthai on the official Liverpool FC Playlist - where you can also hear his brand new single with Mura Masa, Deal Wiv It.