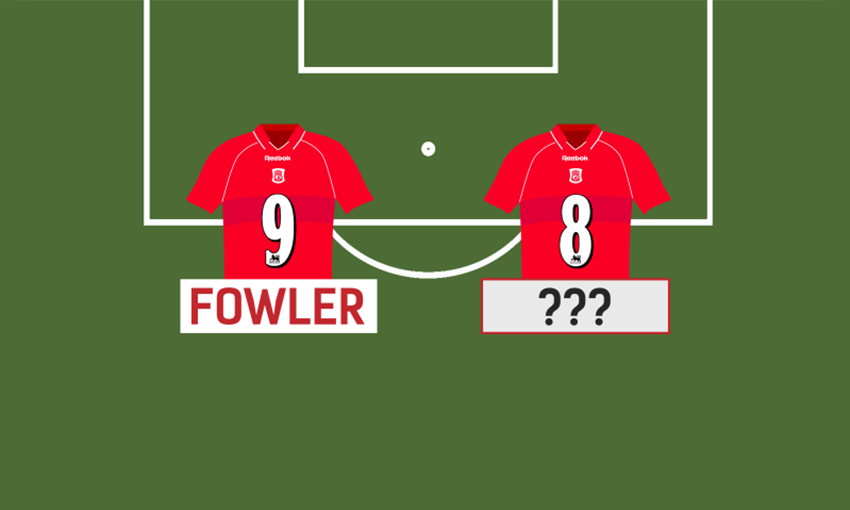 Captain Robbie Fowler scored a brace as Liverpool beat West Ham United 3-0 at Anfield in February 2001, but can you name the rest of the starting XI from that afternoon?

Gerard Houllier's Reds took the lead through Vladimir Smicer in the 20th minute and the result never really looked in doubt as the home side overran a talented Hammers midfield featuring Michael Carrick, Frank Lampard and Joe Cole.

Fowler grabbed the post-match headlines with a pair of smart finishes, but who else started the Premier League clash for Liverpool? Can you fill in all the Missing Men below? 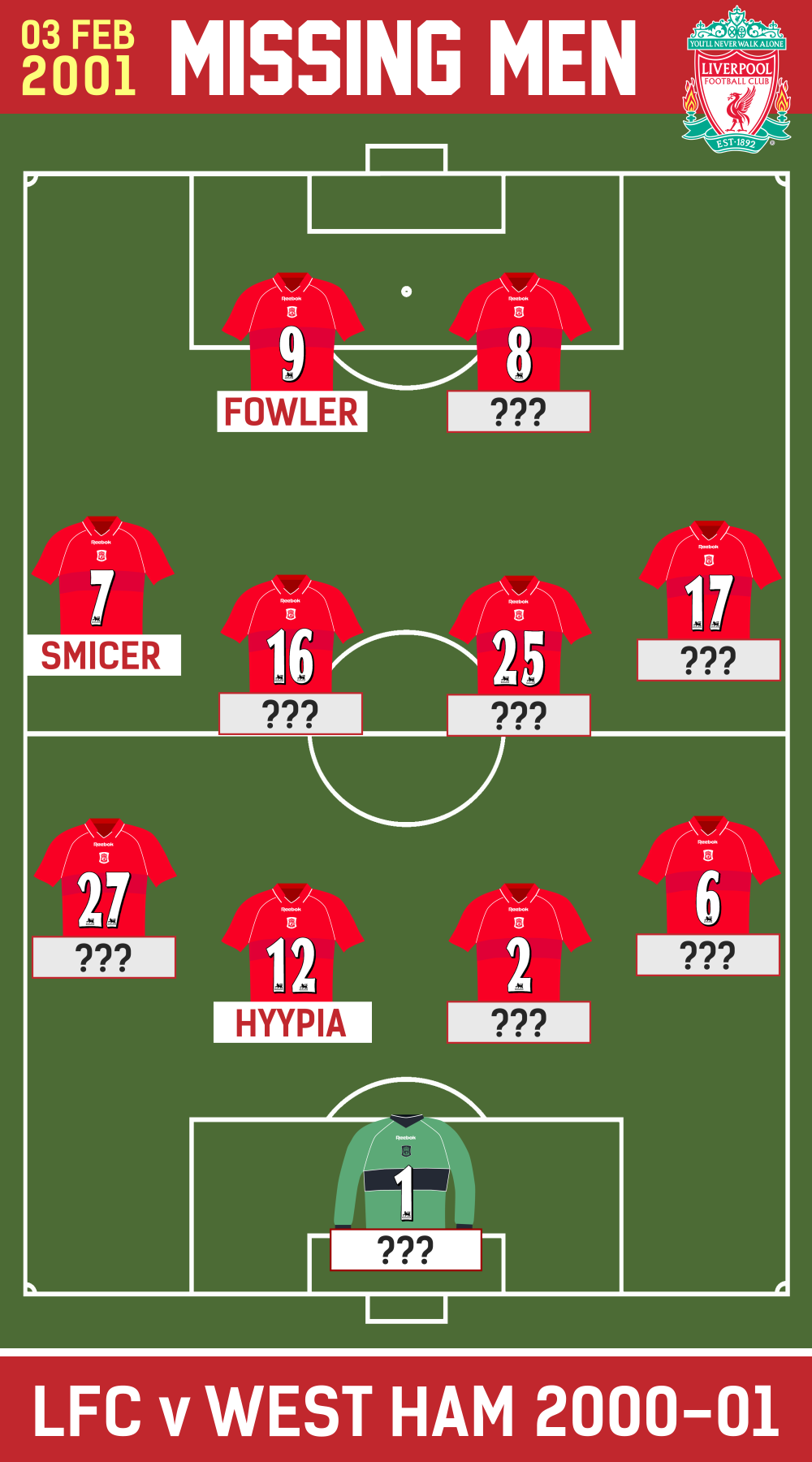