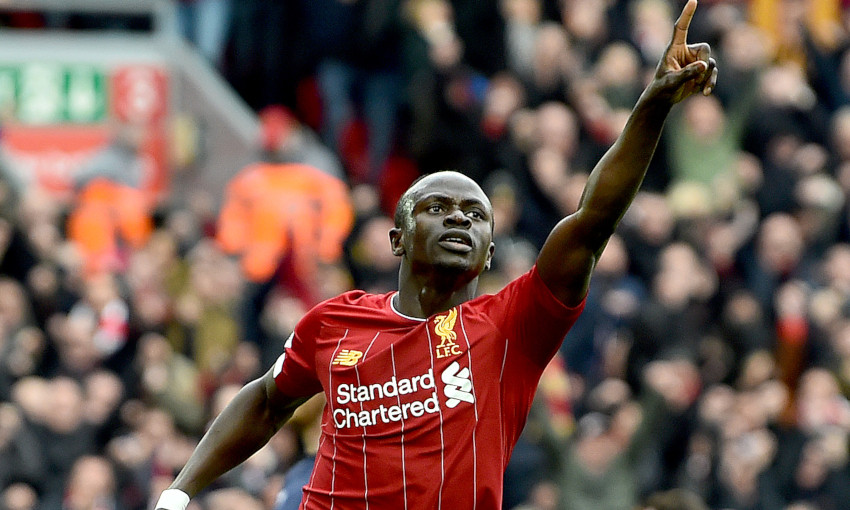 Liverpool returned to winning ways after a 2-1 victory over Bournemouth at Anfield on Saturday.

Callum Wilson had given the visitors the lead but Mohamed Salah levelled with his 20th goal of the season, and Sadio Mane grabbed the winner courtesy of a sumptuous pass from Virgil van Dijk.

There's no place like home for Jürgen Klopp's Liverpool, it would seem. After a chastening week of back-to-back defeats on the road, Fortress Anfield restored the Reds to winning ways at the perfect time. It's now 22 successive wins for Klopp's side at home since a 1-1 draw with Leicester back in January 2019. They haven't shilled away a single point in front of their own this term. Bournemouth were forced into a change of captaincy as centre-back Steve Cook limped off with Jack Simpson his replacement. On just his fifth Premier League appearance, Mane robbed him of possession after a heavy touch and Salah did the rest. The ball wasn't ideal from Mane but Salah still had enough quality to dispatch it past Aaron Ramsdale for his 20th goal of the campaign. Not since Michael Owen in 2003 have Liverpool boasted a player to hit such a milestone for three successive seasons. It took the 'Egyptian King' up to 70 Premier League goals in just 100 appearance for the Reds. That record is more than any other player in their first century of games for the club, overtaking Sam Raybould's tally of 67 over a 100 years ago. A sleepy and subdued second half was awoken on the hour mark when Ryan Fraser deftly lifted a ball over Adrian only to see an onrushing James Milner clear it off the line with a superb piece of defending. For a player who hadn't started a game since limping out of the Merseyside derby over two months ago, this was a fantastic display from the stand-in skipper in his less favoured left-back role.

There was relief at the final whistle and the returning sight of Klopp’s triumphant fist pumps as Liverpool dusted off their funk and were combative in a 2-1 victory over Bournemouth at Anfield. The manager had labelled the landscape his side found themselves in ahead of Saturday’s first kick off as “the opposite of normal.” A team routinely crushing the fight out of opponents, crowned European kings and earning ‘best in the world’ status, were now needing to strike back after three defeats from four across all competitions. The circumstances behind the visitors’ lead cajoled an aggressive response from the crowd and, importantly, Klopp’s players. Bournemouth goalkeeper Aaron Ramsdale thwarted Roberto Firmino after fine work from Alex Oxlade-Chamberlain and Liverpool increased their attacking endeavour. The second half was a more tense, physical affair, a series of mini-battles all over the show. Milner, operating at left-back in place of Andy Robertson, prevented a Bournemouth leveller with a superb piece of defending. Fraser collected a long pass, and with Adrian rushing out, opted to lob the Spaniard. The ball was heading into the net, but Milner hurried back to acrobatically hook it away near the line. Liverpool were not at their best, but battled better here. They still have never lost two league games on the spin under Klopp.

Klopp spoke before the game about "getting back on track immediately" after watching his side slip to consecutive defeats in the league and FA Cup. They made the worst possible start, however, as Bournemouth capitalised on the Reds' early nerves to take a shock lead - albeit in controversial fashion. Wilson slotting home Jefferson Lerma's low cross after appearing to shove Joe Gomez in the build-up to the goal. Liverpool soon hit their stride, however, and Salah - making his 100th league appearance for the club - restored parity with a low finish after Mane dispossessed Jack Simpson deep inside the Cherries' half. Mane latched on to Virgil van Dijk's perfectly-weighted through-ball to complete the turnaround, but Liverpool needed a brilliant goalline clearance from Milner to prevent Ryan Fraser from hauling Bournemouth back on level terms in a nervy second half.

Although he brings a different take on the role of left-back, Milner is a fine back-up for Robertson. Kept possession well, always got around his winger, and produced a sensational clearance from Ryan Fraser’s lob in the second period. It looked like Mane had given Salah too much to do with the pass for the equaliser, but he is simply ruthless in front of goal. He will be grateful for a confidence-boosting goal going into the Atletico game, that’s for sure.

The view from Bournemouth: 'Set-pieces will be crucial'