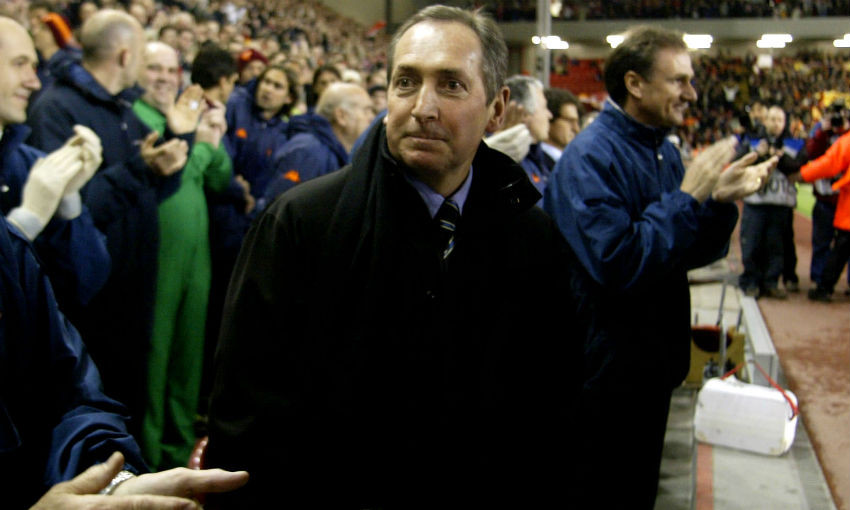 Even 18 years after the event, the memories are still fresh and clear for Gerard Houllier.

A deafening roar, a warm embrace with Fabio Capello and a tactical chat with Danny Murphy are just a few of Houllier's detailed recollections from the night he made a shock return to the dugout five months after life-saving heart surgery.

He did so with the intention of giving his Liverpool side a boost in their must-win encounter with AS Roma at Anfield in 2002, looking to guide the club to the last eight of the European Cup for the first time in 17 seasons.

A discreet plan between Houllier and his assistant Phil Thompson, who had assumed the reins during the Frenchman's absence, was hatched. The players only knew about it when Houllier appeared in front of the tactics board at their team meeting in the hours before kick-off.

"I remember their faces!" Houllier chuckles during a conversation with Liverpoolfc.com. "That was the deal we had with Phil Thompson. I asked him, 'Do you think if I come back on that day whether it would give one per cent or 20 per cent more to the team?'

"He said, 'Definitely, boss.' Only he and maybe my close staff knew."

Supporters were already paying homage to Houllier with a mosaic on the Kop reading 'Allez', but hearsay was circulating. 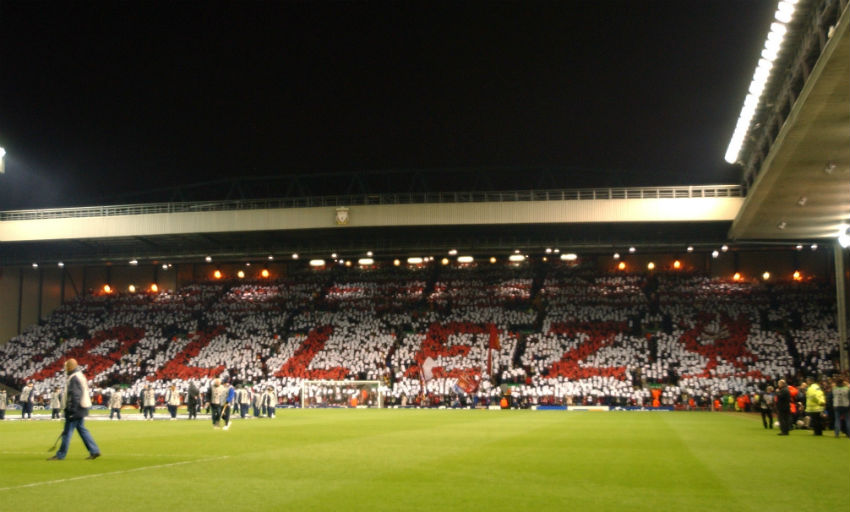 "I think there were rumours but it was no more than that," commentator Clive Tyldesley remembers.

Confirmation only arrived when Houllier climbed the steps of the tunnel in the old Main Stand, hugged his counterpart and proceeded to be surrounded by photographers.

Houllier recalls: "All I remember is that when I went on the pitch, nobody knew but Capello saw me and he hugged me for a long time.

"He said later on, 'I knew that when you came back that it would be difficult.'

"When I walked out of the tunnel, there wasn't anything special. The uproar came out once they discovered I was back in the dugout.

"Nobody knew. Why is that? I didn't want the attention and the focus to be taken away from the game. I wanted everybody to be really concentrated on the game and what we had to do to win the game.

"If I had let people know two days before that I was back, all the articles would've been about me and my illness, my comeback – I didn't want that.

"I wanted everybody to be really focused on the Roma game because we needed to win 2-0."

The sight of their manager on the sidelines had the desired impact for the reigning UEFA Cup holders. Liverpool did, indeed, win by two clear goals – enough to secure passage into the quarter-finals of the Champions League, which was operating two group phases at that time.

"There is a generation of Liverpool fans who were not as familiar with the sort of heritage that goes with those occasions," Tyldesley details. "And it had to be recreated all over again at games like the Roma match, the Olympiacos match.

"In each case there was a group of Liverpool fans who went little periods, eight or 10 years, without these truly memorable European nights. This was almost sort of a revival of that spirit and atmosphere.

"There was a bit of a rally call to recreate this sense of the late '70s and early '80s all over again. The public responded to that. And Gerard's surprise appearance just added to that."

The perfect start was achieved when Jari Litmanen converted from the penalty spot after seven minutes before a towering second-half header from Emile Heskey gave the hosts their required scoreline.

"They had a good team [blows cheeks]," Houllier adds.

It was a hugely impressive result against the star-studded Italian opposition – featuring the likes of Francesco Totti, Gabriel Batistuta and Walter Samuel. The Reds, meanwhile, were unable to call upon Michael Owen, Nicolas Anelka and Didi Hamann. 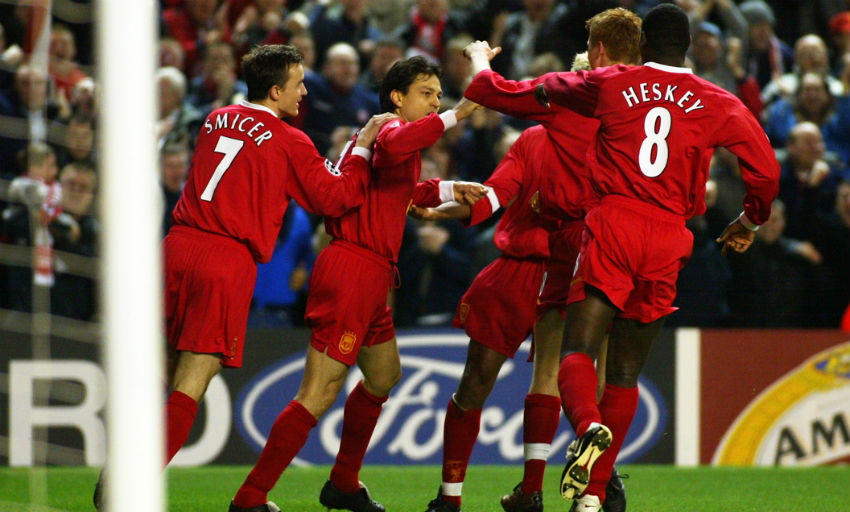 Houllier remained cool and calm throughout the 90 minutes – a requirement when taking his health into account. But it was a seemingly low-ranking moment during the spectacle that reminded him he was back doing what he loved.

"I was not nervous because it was a tactical battle to win with Roma," he insists. "So I tried to be focused.

"I think at the time we were 2-0 up and they changed their system because they knew that we were overrunning them with what we were doing on the pitch.

"Danny Murphy, he came over to me and asked me, 'Do we go back to a traditional 4-4-2?' because we had a diamond shape in the midfield. He wanted to see whether we would change.

"That, I would say, was a manager's moment, a coach's moment."

The conclusion of the affair was greeted with a restrained raising of the fists by Houllier as emotions hit home while You'll Never Walk Alone was being played.

"They [the fans] are really special," Houllier finishes. "I was one of theirs, don't forget that.

On this day: Houllier returns on famous Anfield night