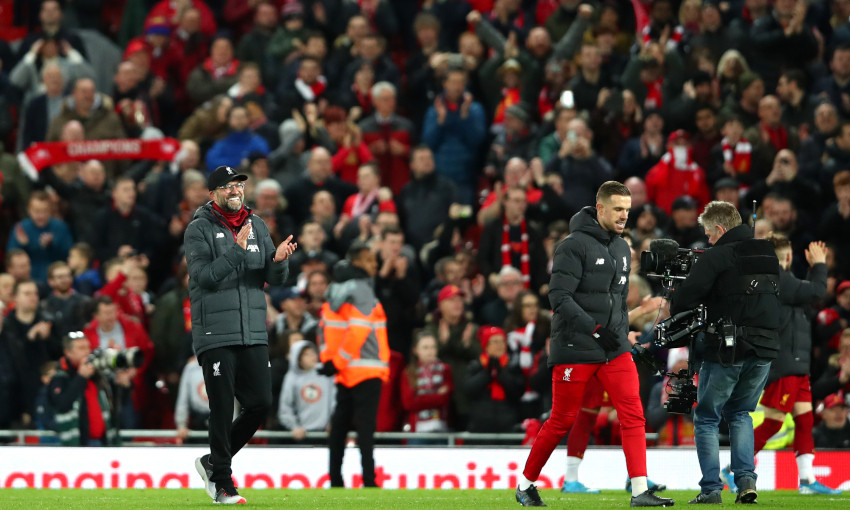 Everybody knows the final song played before matches at Anfield, but have you noticed the track that has instantly greeted Liverpool's home victories in recent years?

It kicks in within seconds of a win being secured in L4 and soundtracks the celebrations between the players, the manager and the fans as they depart the pitch.

The song is Dirty Water by The Standells.

Released back in 1966, it was adopted by the Boston Red Sox in 1997 to mark each of their wins at Fenway Park and has since become a pillar of ball games at the iconic venue.

When the Voice of Anfield, George Sephton, learned of the tradition, he decided to give it an airing at Anfield – coinciding with a supreme run of home form for Jürgen Klopp’s team.

The first tune to celebrate the feat was, again, Dirty Water.

“It started about four years ago,” Sephton explained to Liverpoolfc.com.

“Somebody emailed me, one of my Facebook followers, and said they play it at the end of every Boston Red Sox game [if they win]. As it happened, I bumped into Tom Werner at the foot of the stairs in the old Main Stand and I said, ‘Excuse me, is this true?’ and he said, ‘Oh yes, we do.’

“I played it as a little nod to the owners and I bumped into Linda Pizzuti not long after that and she said, ‘I loved you playing Dirty Water’ and that was it as far as I’m concerned – if Linda is happy, that will do for me.

“It has sort of stuck now. It’s a link between the two clubs, which are part of [Fenway Sports Group].

“Being slightly superstitious, I’d be very loathe not to play it now. It’ll keep on until somebody else has got the job and I’ll let them worry about it. At the moment it suits me, that’s permanently on the memory stick.”

VAR at Anfield: Inside the matchday control room