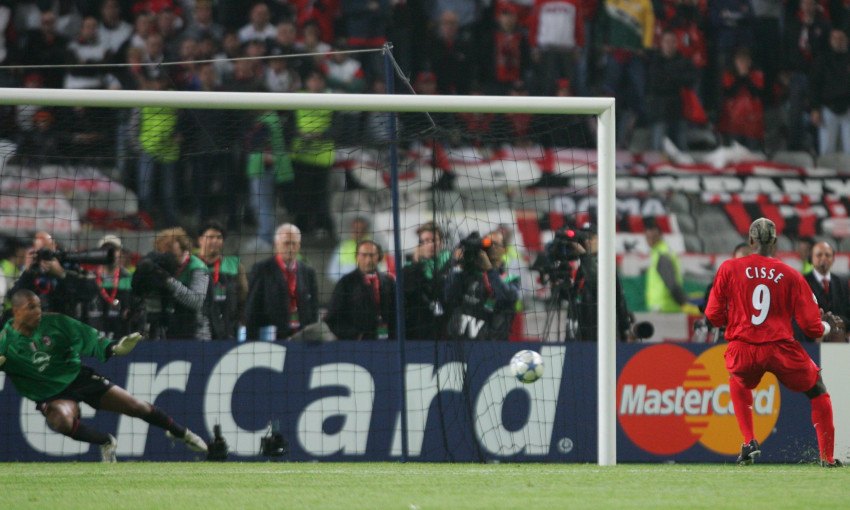 It's a test of nerves only 11 men have undergone for Liverpool.

A penalty kick in a European Cup final.

An all-or-nothing opportunity to decisively influence the club’s history, to make a lasting imprint on the continent’s grandest fixture, with millions watching on.

Each has run this particular gauntlet.

Six of those spot-kicks were taken on this date, May 25, as the Reds lifted Old Big Ears for the first time in 1977 and, most dramatically of all, after a comeback in Istanbul 28 years later.

Neal did it first on that ’77 night in Rome, the full-back’s careful side-footer tucked inside the left-hand post as the Borussia Monchengladbach goalkeeper moved in the other direction.

Three-one to Liverpool and a famous victory assured. “With such simplicity, the European Cup surely is won,” soothed commentator Barry Davies.

But Neal later revealed a much more complex process of thought as he approached the kick and considered where to place his pivotal strike.

“I’ve got to say, I did change my mind – something a penalty taker should never do on an occasion like that,” said the man who scored 38 times from the 12-yard spot for the Reds.

“But it was with Wolfgang Kneib, he was 6ft4 and I’m thinking, ‘Oh, my favourite side is to the ‘keeper’s left.’ On the run-up I’m thinking, ‘Oh no, he must have seen the one in Zurich,’ because I’d scored in Zurich [in the semi-finals], so I actually changed my mind.

“But it went in and the jubilation, when you get home you see the film, and everybody jumps off the bench as if to say, ‘That’s what we’ve done, we’ve won the European Cup for the very first time.’ That was very special.”

Fast forward to the same date in 2005 and Alonso stands over a penalty that, if converted, would complete a scarcely believable comeback.

Six minutes before Steven Gerrard was felled in the box under pressure from Gennaro Gattuso and this spot-kick was awarded, Liverpool trailed AC Milan 3-0 in the Champions League final.

Now, Alonso can bring them level.

He bears the responsibility – his first ever penalty in professional football – due to an intricate set of circumstances.

“It was in the team talk [I found out],” the Spaniard recently explained. “Normally it was Stevie but he missed a penalty against Spurs [the previous month]. I was never on the penalties.”

Manager Rafael Benitez has assigned Alonso and Harry Kewell as the Reds’ penalty takers on the night, but the latter went off with an injury in the first half.

Cisse, who successfully scored from the spot in Liverpool’s last league fixture of the season, is yet to enter the action from the bench.

So, it is up to Alonso. His low swipe towards the bottom left corner is parried out by Dida, but the midfielder pounces on the loose ball to make immediate amends.

“I am so relieved that I got the rebound!” he said.

That missed kick had further influence on events at the Ataturk Stadium, when extra-time ended with the score still 3-3 and a shootout was required to separate the sides.

“I thought I was taking one,” Alonso recalled. “So I asked Rafa, ‘Which one am I taking?’ And he said to me, ‘No, you’re not taking one’ in a very Rafa way!”

Cisse would get his chance in the shootout, though.

And after a debut campaign at Anfield that included a six-month lay-off due to a broken leg, ‘chance’ was very much how the striker considered his penalty.

Second on the list for the Reds, Cisse trotted up to the spot having seen both Serginho and Andrea Pirlo fail for Milan – either side of teammate Hamann swerving his effort home.

“To be honest, I was quite calm because of the whole situation I went through during the year, I was injured most of the season. For me, it was a bonus and a gift to be here,” said Cisse.

“So I was like, ‘What’s the point of being stressed?’ Especially when Milan players missed two before me. I was like, if I miss, it’s not a big deal – but I know I’m going to score anyway, so it’s fine. Really, I was calm.”

Cisse came close to committing the cardinal penalty-kick sin Neal referred – and, in 1977, succumbed – to, however.

“As soon as I knew it was my turn, I knew where I was going to put the ball,” began his recollection of that moment 15 years ago today.

“I was like, ‘No, let’s change and stay on your first idea.’ And luckily, I changed.”

Liverpool’s coronation as European champions in Istanbul was confirmed by an opposition miss, Jerzy Dudek blocking Andriy Shevchenko’s hit to secure the trophy. 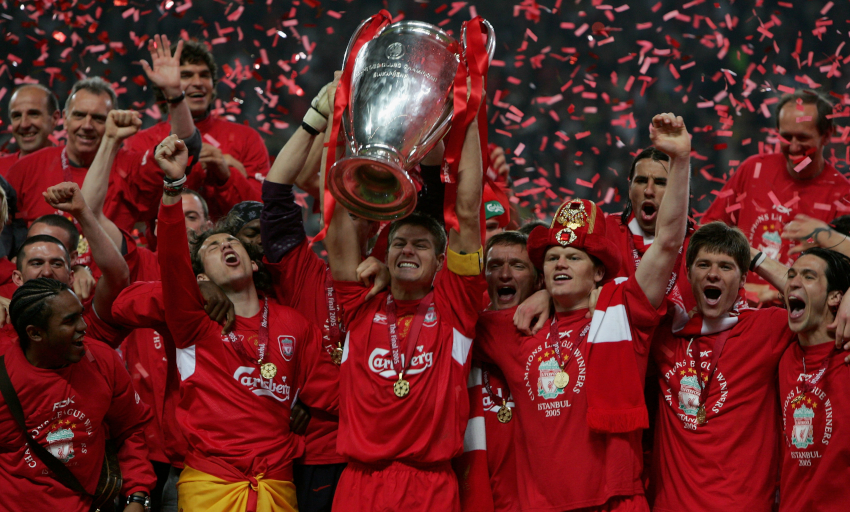 Alan Kennedy already had a European Cup-winning goal to his name after an iconic surge forward and finish with nine minutes remaining against Real Madrid in the ’81 showdown.

Three years on, with the Reds and hosts AS Roma locked at 1-1 after extra-time at the Stadio Olimpico, the left-back found himself thrust into another high-pressure moment of history.

“I don’t think I was top of anybody’s list to take a penalty, to be honest. I was nominated – or forced – to take one, probably forced the right word!” remembered Kennedy, who had missed from the spot twice in a pre-season tournament.

“When I stepped up to take that penalty I can tell you my legs were shaking and they were shaking so bad. I didn’t honestly want to take the penalty because I was thinking, ‘I can’t let these people down.’”

By the time Kennedy walked up, the cup was a kick away.

A miss by Francesco Graziani from Roma’s preceding effort meant Liverpool led the shootout 3-2 with both teams having had four attempts.

But Kennedy’s understandable nerves were unnoticeable as he arced a precise finish into the left corner of the net and, for the second time, ensured European glory.

Kings of Europe: How Liverpool won it in 1984

“I didn’t have a routine,” he explained. “I wasn’t brave enough to put the ball down the middle of the goal or just hit it with all my might and hopefully hit the target.

“In the end, I just opened my body up and pretended I was going to put it to the goalkeeper’s left and go right, and it worked out, and it was just incredible.

“That was the greatest moment of my life in terms of the football side of it, and possibly my lifetime. It made so much of me and it made so many people happy.

“I have to say, it’s one of the greatest moments anybody will ever have in their life. If anybody were to say to you, ‘You have the chance to win the European Cup final with just one kick, do you take it or not take it?’ Of course you take it!”