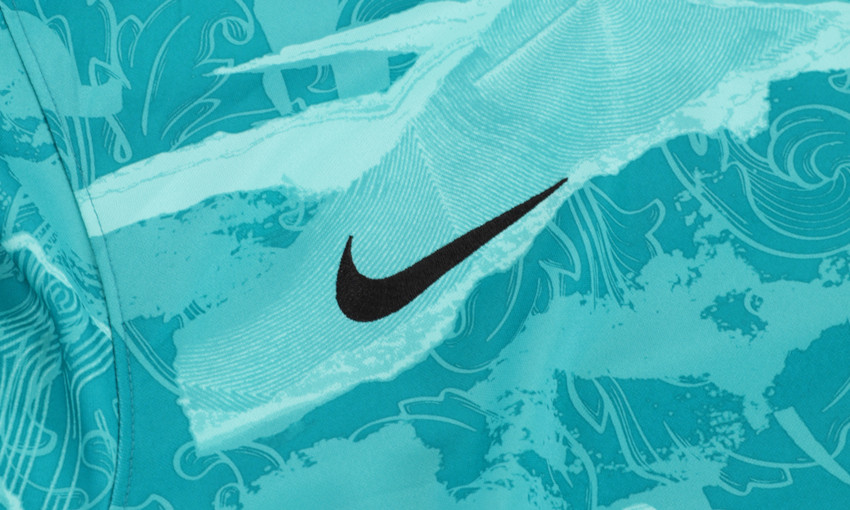 Liverpool's 2020-21 Nike away kit is now available in stores and online – and we have got the lowdown on the design process behind its creation.

Revealed last week, the style of the teal and black strip was inspired by a range of cultural reference points – from the club and the city, from football and music.

Technologically, it is also Nike’s ‘most innovative jersey yet’, according to VP for football apparel, Scott Munson, with ground-breaking scientific methods used in the quest for optimal performance on the pitch.

Read more in our Q&A with Munson below…

What was the inspiration behind this away kit and the design process that made it?

The process we use, we’re doing the home and the away around the same time and we dig deep into the local culture of the club, of the city; we try to connect with all the right influencers and stakeholders – from supporters to the club, to players, to people in different parts of the culture; music etc. People who are just super passionate about the club. We look at the kit history. All those things start to help us get inspired and form an idea for where we go with this first year of our partnership, which we know we’ll have a magnifying glass on us and the club. It’s super important. Always with the home you’re going to be a little bit more traditional and respect that and maybe put a modern twist on it, like we did.

The away kit is where we felt like, together with the club we wanted to make a bold statement. You usually get a little bit more freedom to be adventurous there. This is a pretty confident look to head on the road. We think that confidence mirrors what we’re seeing on the pitch and the youth on the street in the city. So, this idea of maybe being bold and unapologetic kind of inspired us. The inspiration, there’s no shortage of great identity or symbolism in Liverpool Football Club and one obvious place to go early was the Shankly Gates; that floral motif really is front and centre on the print of the away. And another kind of little piece of storytelling there is that the texture of the print, the design team was really inspired by the flyposting technique of music posters back in the day, where you would post over each other and just rip them away. That kind of created the texture for the print. We’ve used two shades of teal in the jersey, it has been accented in black, which we feel kind of looks tough. That really is the story of where we came from and how we got to this pretty impactful away uniform.

How did you land on this particular colour scheme?

We looked at away and thirds, and Liverpool have been in the grey zone, they have been in yellows, there’s a little bit of a range, for sure. Teal and black have been used. We just wanted to get right back to the roots of the club, the core colour palette of the crest, teal is in there. And we felt like there’s a really nice thread between the home and the away if we use teal. And we wanted to be really progressive, we wanted it to be a little bit out there. So that’s why we said, ‘Let’s go full teal and accent it with black.’ We think that’s a nice combination. We’re trying to, as a modern brand, be progressive and move it forward a bit. And that’s how we got there.

It’s a balance of art and science, of kit design and performance products for elite athletes. First and foremost, it’s got to deliver for the athlete. This is our most innovative jersey yet, it’s vapour knit technology so it’s improved in all areas of performance of the material; wicking moisture, breathability and stretch and all those things that we know are important. But there’s a couple of things we’ve done differently this time around. We’ve used computational design – so data from athlete performance – to influence the design and how we engineer the garment, which means we can be very precise in how we knit the garment so it can stretch or lock in an athlete, because we know they like that feeling, where they need it most. That’s one thing. The second thing is, we used 4D design for the first time. That really is a fancy way of saying we tracked and looked at the athlete in motion in the lab, using the body scans of over 300 professional players. When you put those two things together – computational design and 4D design tools in motion – you get a product that is more innovative and has a higher level of performance than ever before. 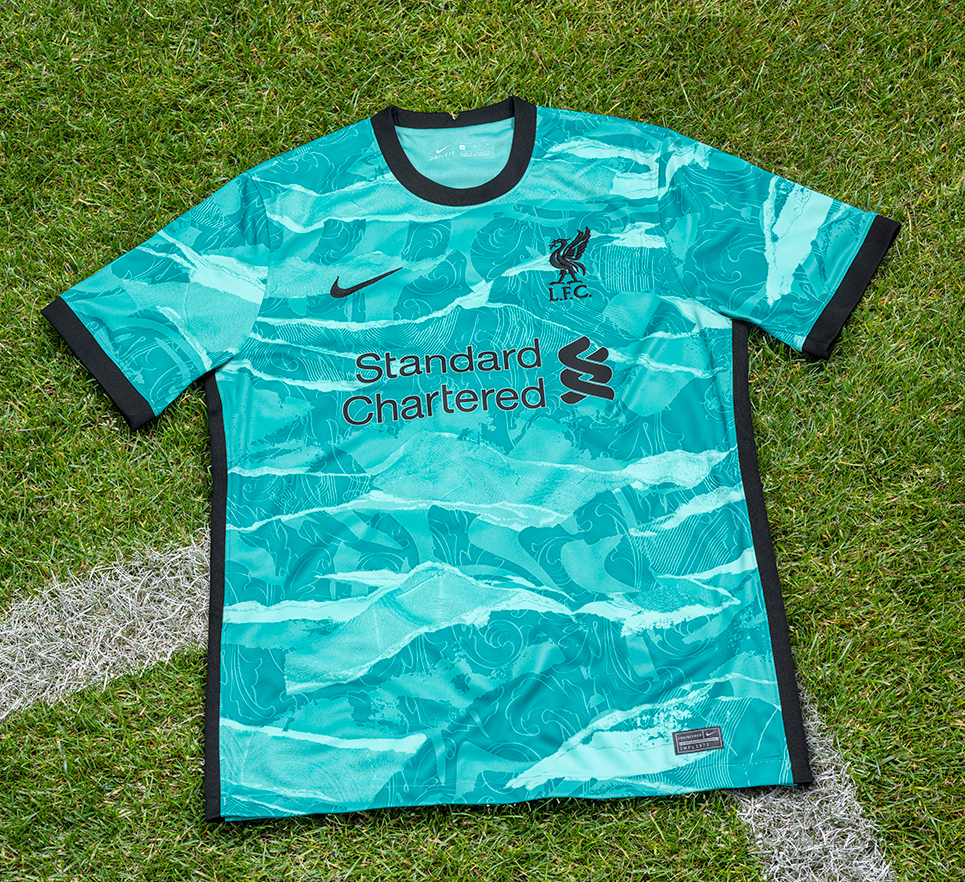 How much has the evolution of football as a sport – and the increasing speed of the game – influenced kit design?

A little bit, yeah. There’s definitely a colour acuity thing, definitely for socks – about having a quick little reference point – and how we have the colour combinations of the shorts and the top, and how it is with the team they’re playing. Athletes are getting bigger and stronger, so the fit has changed a little bit. I would also say players have wanted their tops specifically, and their training items, much more fitted and tighter to the body. It’s almost like this impossible brief, that is tight but loose. Or this idea of, ‘I want to feel like a warrior, I want to feel empowered, but yet I don’t really want to feel it – I don’t want it to be disruptive or distracting.’ That’s the challenge we’re facing when we create uniforms.

How much feedback have you had from the players?

There were a number of players, particularly the guys who are on the national team, that were part of the wear testing of the innovation. And then obviously we consulted some of the players in the design process. But this is the first time, recently, the players are getting to see it. We’re excited with the reaction they’re having, but also the fans are having. I understand there are some queues out there. It’s pretty cool.

Does the nervous excitement ahead of those final days before a kit launch ever go away or is it always the same?

There’s a nervous energy! I think this one is a little bit accentuated just because of the standing of the club. There aren’t many clubs in the world at this level. We feel the pressure, we have to own it and we embrace it. There is a massive team of people behind me that were a part of creating this, so many different areas of Nike that had to come together to make this. We’re super proud. We get nervous, we want people to love it. And I think even more so than going on sale, we get most excited when it goes on [the] pitch. We can’t wait for that.

Video | Behind the scenes of Liverpool's third-kit shoot

Explained: How LFC's Nike kits are made from recycled plastic bottles