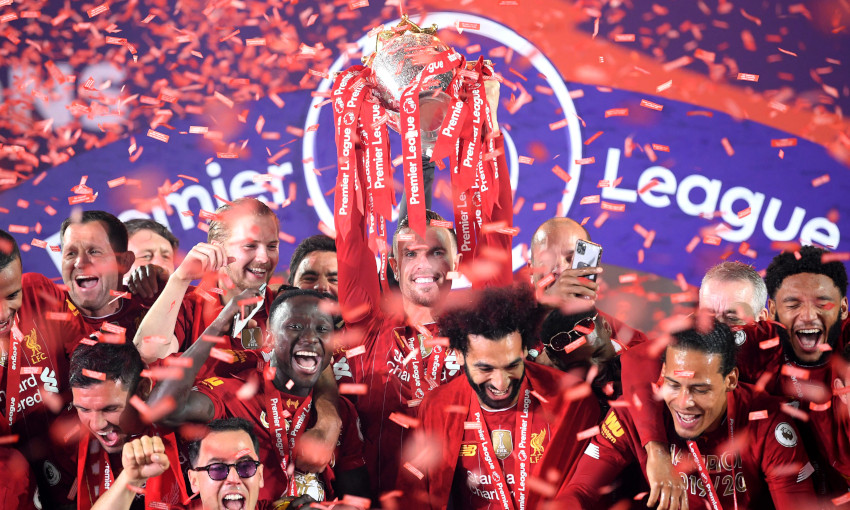 In a guest column for Liverpoolfc.com, football writer Simon Steers pens a tribute to Jordan Henderson after a season in which the captain lifted three major trophies and further enhanced his legacy.

Liverpool Football Club has been blessed with some truly great footballers over the years.

In recent times, under Jürgen Klopp, the absolute ethos at the club has been that the team is the star. Although every single player that has achieved so much in the past 12 months has attained legendary status, there is one player more than any other in my opinion that symbolises everything this current Liverpool team is built upon.

He always diverts individual praise to others, but it is time Jordan Henderson is elevated into the hall of fame with the great players of the past.

Here are just a few reasons why…

Our intensity is our identity

One of the greatest quotes of our title-winning season came from the brilliant Pep Lijnders when he absolutely nailed what is so special about this current Liverpool side. “Our intensity is our identity,” were his words.

When you drill down into that statement, Henderson in particular sets the tone, energy and intensity game by game. And the skipper is a huge miss when he isn’t playing. 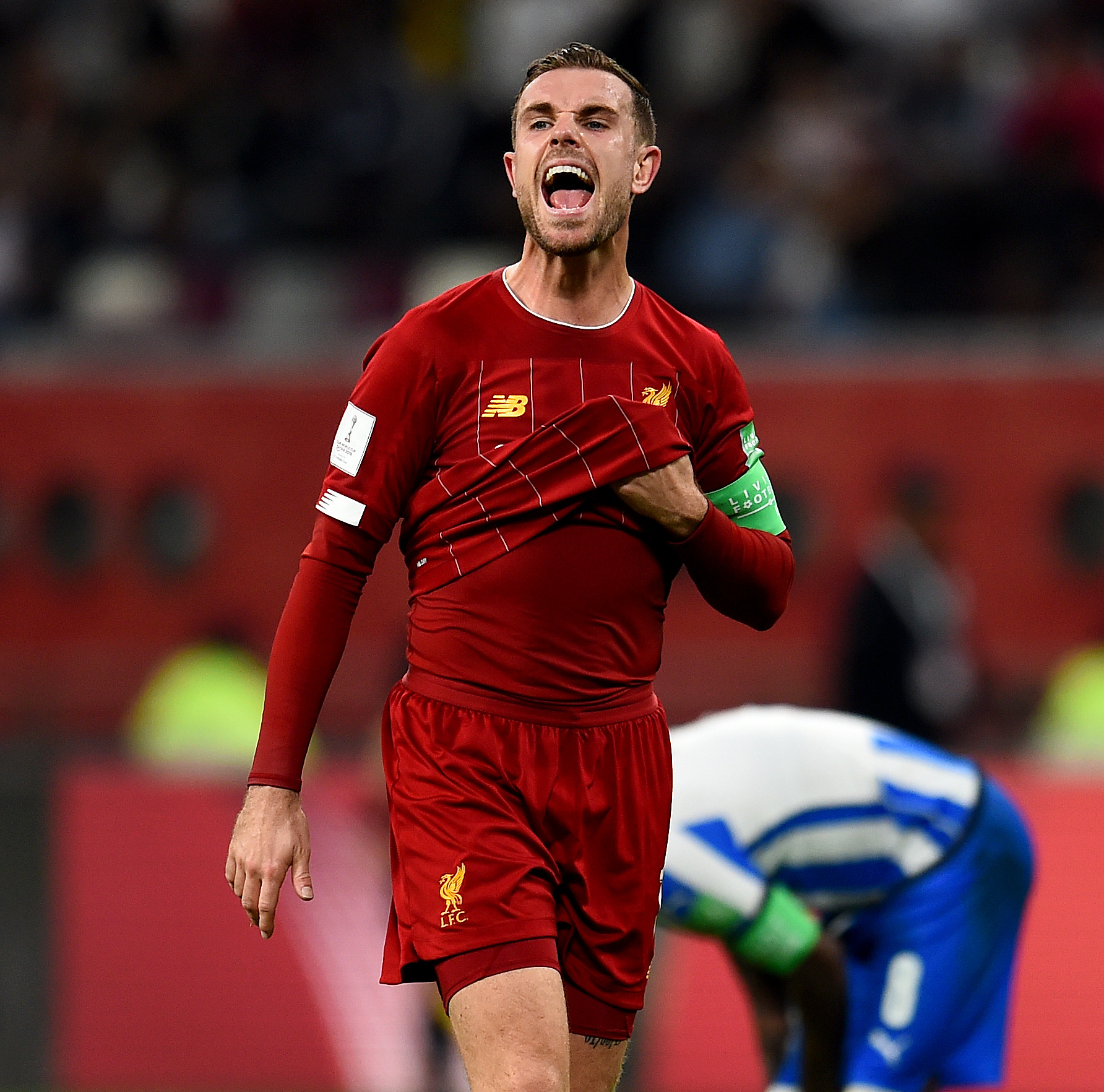 Henderson is relentless on the pitch, leads from the front in our press and is always available for a pass. He thinks forward and his range of passing just keeps on getting better. It isn’t just on the ball where he is great, it is off it as well. He commands the respect of his teammates and when he demands more, they always respond.

In many ways, Henderson is the intensity that is our identity. If there was one moment that captured what he gives to Liverpool, it was at the end of the Barcelona game at Anfield; collapsed on the floor, he’d given absolutely everything to get us over the line.

There are many things that can make a footballer great, and leadership is one of them. Henderson has grown into a captain that can drag his team through games, by setting the tone and demanding the best from everyone around him.

It was never going to be easy for anybody to replace Steven Gerrard – one of the greatest players and captains we’ve ever seen in a red shirt. Henderson has taken on the responsibility of that role and has stepped out of the shadow of Stevie and grown into his own captain. He has put his stamp on the role and the team. Henderson’s attitude and influence is clear to see throughout the team and the club.

One of the great things about him is the class with which he conducts himself. He is a credit to the club and the city, and leads by example on initiatives in the community, and has even taken the lead on national issues such as football’s response to COVID-19.

In many ways, Henderson is the perfect Jürgen Klopp captain. They share many similarities, with two particularly key: a complete lack of ego, and a belief that no individual is more important than the team.

Henderson has always been underrated as a footballer, most likely because he always puts the team before individual glory. One of the key strengths people point to is his athleticism, and there is no doubting the energy he brings to the team. But he has far more to his game.

One of his biggest strengths is his intelligence and game management. He knows exactly where on the pitch he needs to be to either stop a counter-attack or create a scoring opportunity. And he knows how to win.

Henderson’s game intelligence is integral to the way we play. There are times in a game where you need to slow things down, or to pick up the pace. And Henderson understands and sees those moments and is the catalyst to setting the tone for the team.

His range of passing and ability to pop up with important goals have also been key factors in our success.

Footballer of the Year

Although there were some fantastic candidates for the FWA Footballer of the Year, Henderson was a worthy and rightful recipient.

His contribution to Liverpool Football Club has been immense – he has led the club to the biggest honours in the game.

It is typical of the man that he dedicated the award to his teammates. Henderson never looks comfortable accepting individual praise or awards. That’s one of the reasons that makes him great, and the perfect captain.

If there is one individual accolade Henderson will need to get used to, it is his status as a Liverpool legend. 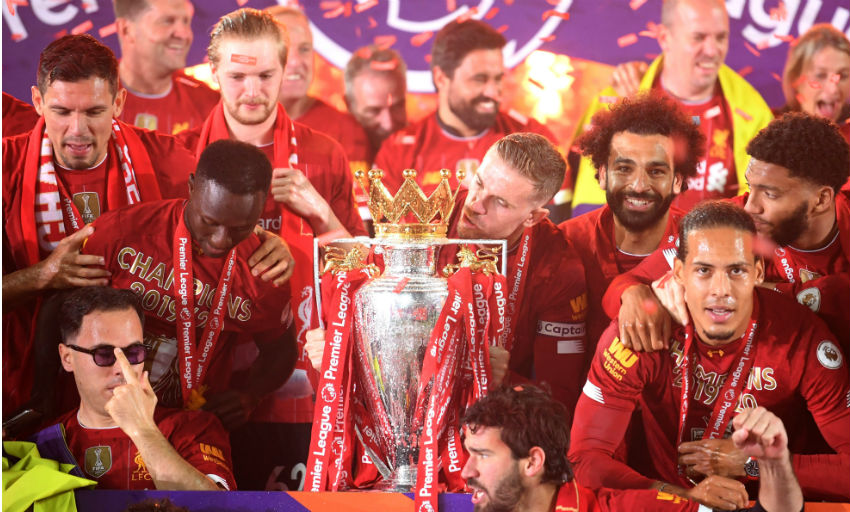 He has given absolutely everything to the cause during his time at the club, and since being made captain has taken the weight of history on his shoulders and led the team to a first league title in 30 years. He has been a huge influence on getting us there.

Henderson is part of a team that is yet to reach its peak, so I believe there will be more opportunities for us to enjoy the shuffle in the years to come.

But right now, when we are reflecting on the best 12 months in the club’s recent history, we should be thankful we have a player and captain that knows how to win, and leaves nothing behind in every single game he plays.

We are lucky to have him.