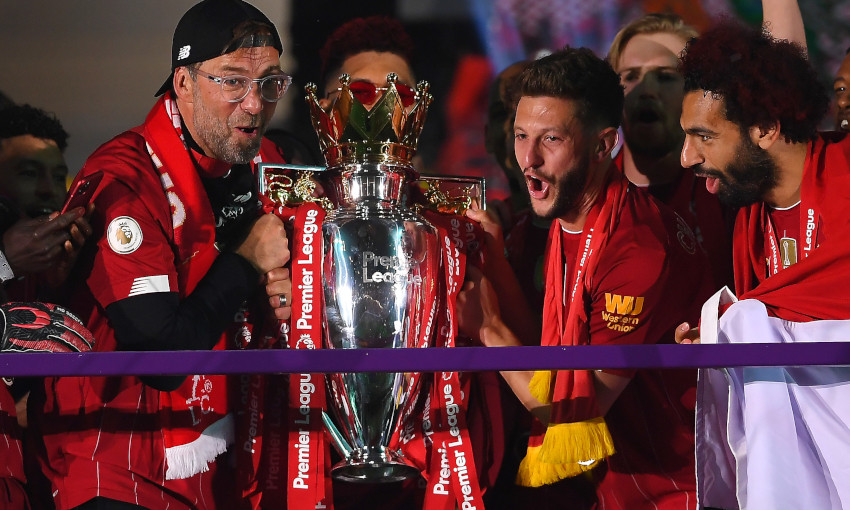 Explained: How LFC's Nike kits are made from recycled plastic bottles

On the fifth anniversary of Jürgen Klopp's arrival at Anfield, Henry Winter - chief football writer at The Times - examines Liverpool's transformation under the German.

From the moment Jürgen Klopp was appointed Liverpool manager five years ago this week, he spread confidence.

“We have to change from doubters to believers, now,” he said. Klopp’s powerful, engaging personality guarantees that people believe in him, in his ability to get a response from the players such as after defeat to Aston Villa. Klopp’s a thinker, a leader, a doer and a winner.

The 53-year-old has redefined football. Many elements were there before, of course: attacking full-backs graced the age of Alan Kennedy winning European Cups while Liverpool were pressing back in the 1980s, when Steve Heighway told Ian Rush to close down the opposition centre-half.

Klopp’s genius is in leaving no stone unturned, no marginal gain overlooked. He expects, recruits and urges excellence in all areas, in sports science, in a respected head of nutrition in Mona Nemmer, and even a specialist throw-in coach in Thomas Gronnemark. Talk to staff at other clubs and they invariably praise Klopp’s control and revolution, and particularly the strength of his relationships with owners, staff, players, supporters and media.

And this, for me, is key to Klopp’s success. Each relationship contains its own dynamic - budgetary, tactical, emotional etc. - but Klopp inspires all parts because of his uplifting personality. I’ve spent only an hour in his company, a one-on-one interview, but his magnetism, humour and genuine nature shone through. Our photographer Bradley was buzzing afterwards and he takes pictures of sporting stars every day.

It’s hard not to warm to a man, a seriously successful leader in his field, with such a ready sense of humour, a streak of mischief even.

It was instructive being at the LMA dinner in Manchester on November 28, 2019 when Klopp and Pep Guardiola were inducted into the managers’ Hall of Fame. Klopp spoke of his pride at walking in and seeing all the pictures on the wall of distinguished inductees, including Rafa Benitez, Gerard Houllier, Sir Kenny Dalglish, Joe Fagan, Bob Paisley and Bill Shankly. He then took over the evening, telling story after story, being the absolute life and soul of the party, JK rolling. Even Klopp’s fiercest rivals like him. It’s so easy to see why Klopp’s players love playing for him.

He’s what you want in a boss: brilliant at his job and also fun, challenging, improving and turning doubters into believers. He’s decisive, turning his passing-and-pressing philosophy, switching play and swarming attacks, into action at Anfield through meticulous work at Melwood. Klopp also possesses that gift of great leaders: he listens. He makes people feel part of the decision-making process, part of the collective, a family even. He has intelligent assistants in Pep Lijnders and Peter Krawietz, trusted sounding boards.

He keeps the dressing room populated with good role models, the likes of Jordan Henderson, Virgil van Dijk and James Milner, driving everybody on. It is why Klopp values Henderson so highly; he’s the embodiment of the manager’s supreme work ethic and commitment to the shirt. Liverpool miss Henderson’s leadership and will to win when he’s absent.

Van Dijk is one of the most transformative signings in recent years. Milner is 34 but Klopp knows he’s an enduring influence. When Milner came on during the loss to Villa, he had a look of thunder on his face, an anger at the performance, and that is why Liverpool will bounce back. Klopp has players who share his ambition, who hate losing, all dedicated professionals. A brutally bad day at the office, as at Villa Park, demands a robust response and will get it.

Klopp will already be preparing for the derby, and plotting how to combat Dominic Calvert-Lewin, and those James Rodriguez passes that can punish a high line. His Sky interview at Villa summed Klopp up: he was hurting, he was honest, he praised his team’s nemeses, Ollie Watkins and Jack Grealish. He offered no excuses, just a determination to analyse, prepare and recover. Liverpool’s players will respond. It’s in their nature. It’s why people believe in Jürgen Klopp.