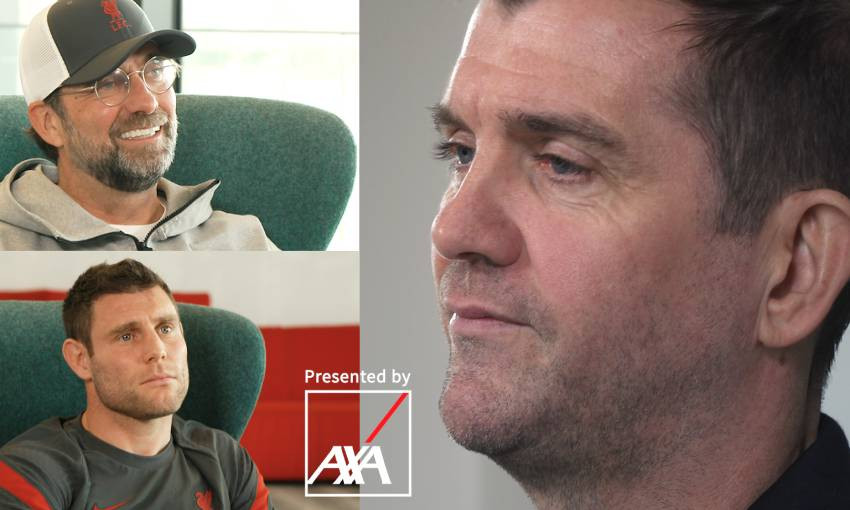 Dominic Matteo reflects on his life-changing experiences during the past 18 months in a moving chat with Jürgen Klopp and James Milner, presented by AXA.

The former Liverpool defender and regular LFCTV pundit required an emergency operation on a brain tumour after falling seriously ill in November 2019.

With the backing of his family, friends and the football community, Matteo has since made a full recovery, receiving the all-clear in April 2020.

During a recent conversation with Reds boss Klopp and vice-captain Milner – his former teammate at Leeds United – the 47-year-old opened up on the sudden circumstances that saw him taken into hospital.

He detailed the process of rehabilitation, achieved with the unwavering support of wife Jessica, and how the messages he received from around the world aided his recovery.

And Matteo spoke candidly of the new outlook on life his experience has prompted.

Watch his inspiring chat with Klopp and Milner, presented by AXA, below. App users should tap here to watch.