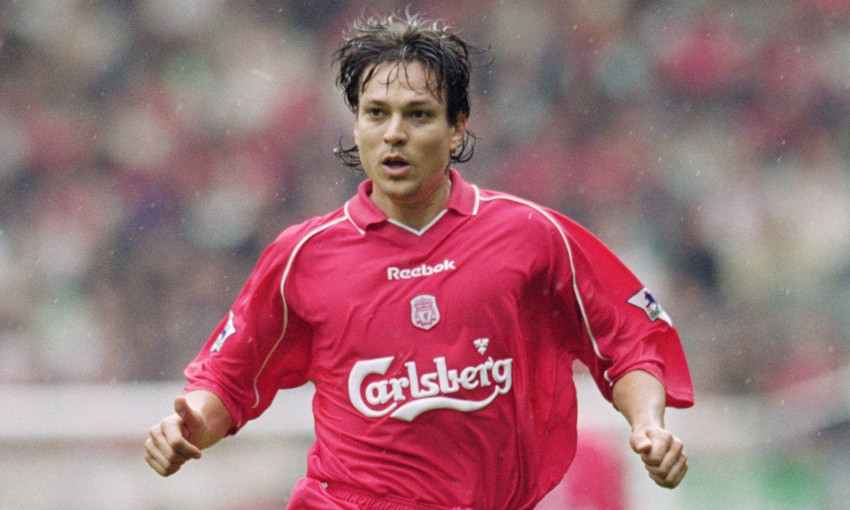 "I'm really peaceful in my heart on matters of football!"

While Liverpool and AFC Ajax fans will be biting fingernails and poring over permutations when the two clubs meet in a crucial Champions League tie tonight, Jari Litmanen can sit back safe in the knowledge he won’t lose.

One of a curiously small group of players to have represented both teams, the Finn has supported the Reds since being mesmerised by the likes of Kevin Keegan and Kenny Dalglish as a child in the 1970s and, of course, enjoyed an 18-month spell at Anfield himself two decades ago.

His career highs came in the colours of the famous Dutch side, however.

Litmanen played in two European Cup finals with Ajax, helping the Amsterdam outfit lift the trophy with a 1-0 defeat of AC Milan in 1995 and then scoring in the final as they were beaten by Juventus on penalties a year later. 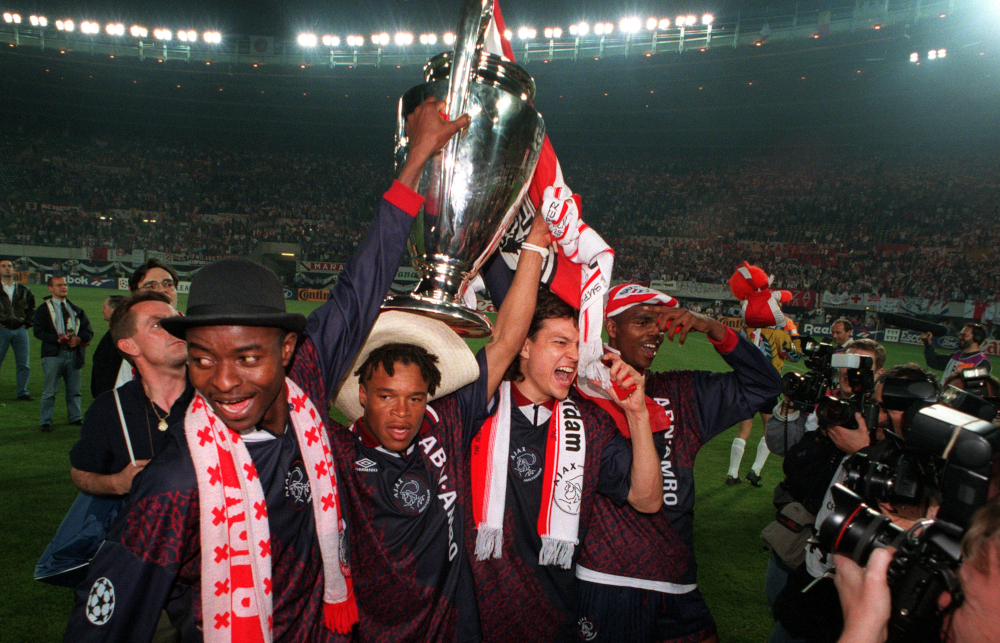 Litmanen lifts the European Cup with Ajax in 1995

Across two spells at Ajax, the graceful forward racked up 133 goals to establish an enduring legacy at a club not short of revered figures – especially in the attacking department.

With a foot therefore in both camps, the 49-year-old intends to watch this evening’s contest with the same relaxed enthusiasm he has felt as the Reds and Ajax returned to the top echelons of the European game in recent seasons.

“I grew up with Liverpool and I was a fan of the club,” Litmanen told Liverpoolfc.com. “I became an Ajax fan in ’92 when I joined the club, and I started to know the people and the tradition and the culture.

“I joined in ’92 a team that had just won the UEFA Cup and three years later we won a Champions League. A year later we lost the Champions League final. It felt like it’s quite normal over there. Now people have realised that 25 years ago was the last time to be in the final – actually the final in ’96 but victory in the final was ’95. It feels now, for me but all other people, that was something special. At that time it felt quite normal.

“Of course, I have a heart in both clubs for different reasons. I grew up with Liverpool and I played my best years at Ajax. So, I follow them both and I’m happy for both clubs at the moment how it goes.

“Liverpool were the [Premier League] champions last year, the first time in 30 years – we have waited quite a long time for that! And a year earlier, the Champions League final in Madrid – and by the way, I was there as well – was of course something special.

“Two years ago, Ajax did very well in the Champions League. It was really, really close that Ajax were also in the final, it was only a matter of some minutes. That was a really special year. Last year, they did good as well but in the last game they needed a draw and they didn’t get it, so they didn’t go through to the knockouts.

Group D is delicately poised ahead of what is only the fourth competitive clash between the Reds and De Godenzonen despite their rich European histories.

Liverpool’s home defeat by Atalanta BC last Wednesday meant a bunching of the top three in the section, though they nevertheless know a draw or win tonight will book a place in the last 16.

If Jürgen Klopp’s charges can clinch qualification, it would represent a fourth successive appearance in the tournament’s knockout stages for the 2019 winners.

Litmanen is a long-time admirer of Klopp’s philosophy, having observed his methods since the German’s time at the helm of Borussia Dortmund, and has been delighted to see his approach pay off at Anfield too.

“I followed him already when he was in Germany at Borussia Dortmund. Actually, he has been really, really good at both of those clubs,” said the man who netted nine goals in 43 games for the club.

“He has changed a lot. Dortmund had their own problems in a financial way and also in a football way, they were not the Dortmund we were used to. Dortmund couldn’t compete with Bayern Munich but with Klopp, for several years they were even a couple of times the champions of Germany. With Klopp, Dortmund became a big club and a big team again in Germany.

“Actually, that last step happened also with Liverpool. Liverpool had all the time a good team and good players but Klopp did that last step. When I heard that Klopp was going to Liverpool I was quite confident he would do a good job, just based on what I saw and what I followed at Dortmund.

“He has given some energy to the team and the players. He likes them to be active all the time and that happened at Dortmund and that has happened at Liverpool. I like that kind of football, where the whole team, all the players, want to be active and try to have control of a game. There is something happening all the time and that’s what I love.”

Litmanen appreciates the individual talents of each of the three attackers as well as their ability to combine forces, which has been integral to his former team’s recent trophy haul.

“They are a little bit different kind of players. Firmino is really important for Mane and Salah by holding the ball, giving the pass and even creating some spaces for those wing players because those wing players are really quick without the ball and with the ball.

“So, it’s really difficult to defend against those three guys because they are doing a little bit different things, but they seem to love to play together.”

Liverpool’s narrow 1-0 victory in Amsterdam back on matchday one aided the early command Klopp’s men established in Group D with three wins in a row. 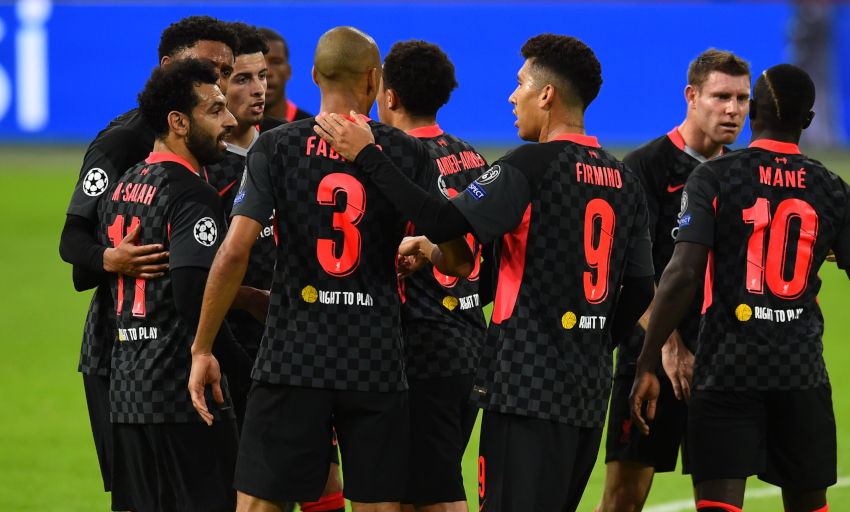 But Ajax journey to Merseyside having won seven and drawn one of their eight fixtures in all competitions since that night – a run including a 13-0 result in the Eredivisie.

Whatever happens, events at Anfield this evening will significantly affect the complexion of the section and what will be required when the final round of ties are played next week.

Personally, Litmanen views the encounter through the prism of his wish for both of his old sides to qualify for the last 16, given his shared allegiance.

“Of course, it’s an important game for both,” he assessed. “Liverpool have nine points now after losing to Atalanta last time and are No.1 in the group. With winning they are sure of going through as No.1 or No.2.

“For Ajax, it’s of course even more important because now they are equal on points with Atalanta. Two games to go, Ajax are playing away against Liverpool and at home against Atalanta.

“I think a draw would be ideal for both [to have the chance to progress]. If you win, it’s great. But if you have a draw, that’s ideal. Both teams don’t want to lose that game.

“Even by losing, Liverpool still have a chance with their game in hand. But a draw would still be good for both. Neither Liverpool or Ajax want to lose this game.”

Read the second part of our exclusive interview with Jari Litmanen on Liverpoolfc.com on Thursday, as he reflects on his love for the Reds and his time at Anfield.